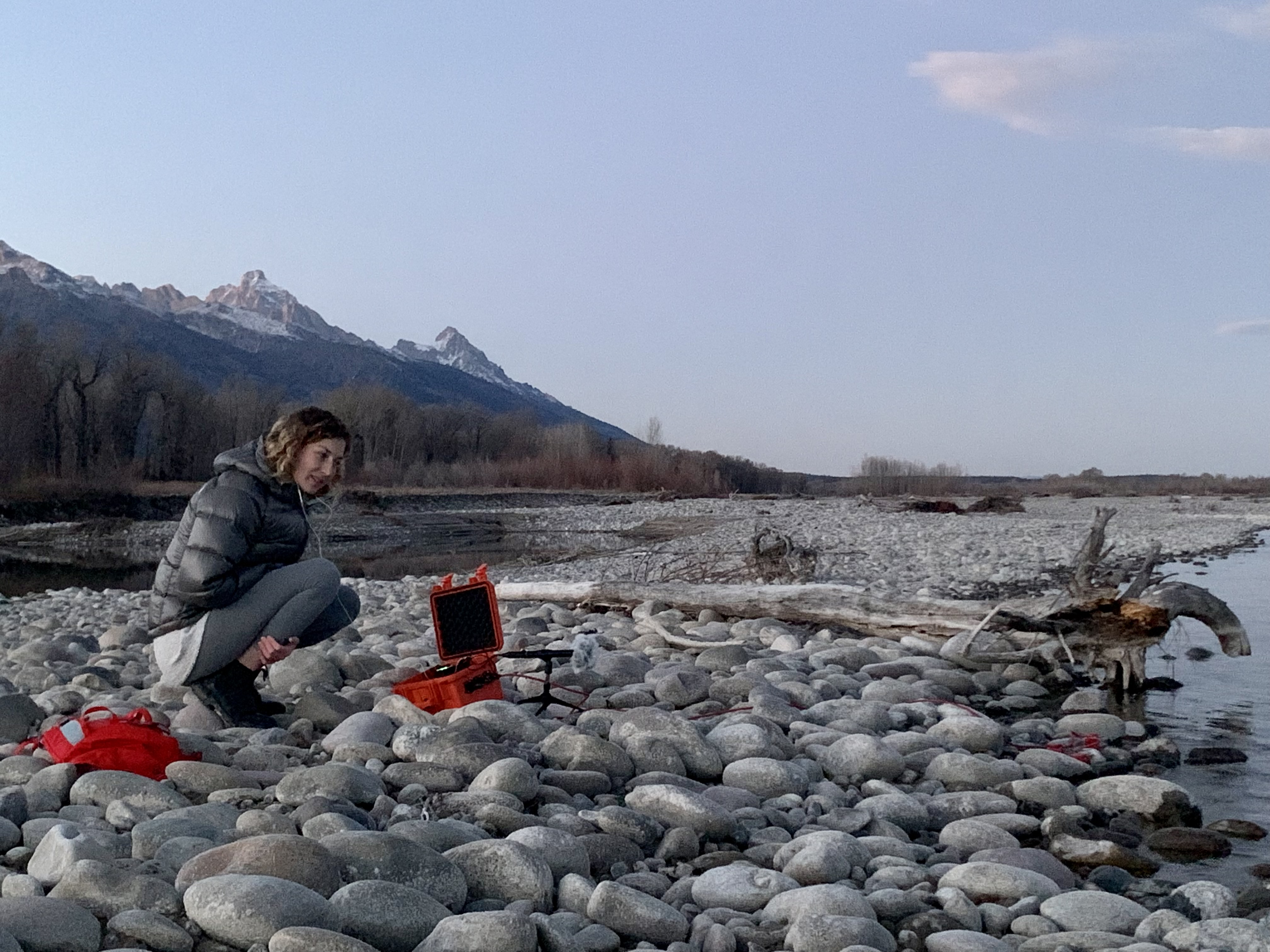 Please arrive before 7:30pm to find a seat within the installation. Doors close once the recording begins!

This event is one of the final experimentations here at 3307 before closing shop later this summer. The reading room is currently open by appointment to explore the permanent library catalogue and BOOKSHELVES residency program archive. Stay tuned for the next performance!


This installation responds to the architectural liminality of the 3307 studio, whose river-like structure inhabits the space between two pre-existing buildings. The recordings are directionally aligned, with the morning track playing to the east as the evening track plays to the west. The center of the space is covered with rugs.

Peters has been recording sub-audible acoustics for the past four years—while also building the infrasonic speakers capable of playing them—and this collaboration departs from his practice by joining the inscrutable underground with the ambient intelligibility of life above. Together, we document and honor our experience of the Snake River landscape by attempting to sense its geologic and biologic fullness.

The Snake River is a major tributary of the Columbia River and has its headwaters just inside Yellowstone National Park on the Two Ocean Plateau. Various stretches of this important river have had at least 15 different names. Shoshone Indians referred to some parts of the stream as "Yampa-pah," meaning "stream where the Yampa grows" (yampa is a food plant) and later as "Po-og-way" meaning "road river" (a reference to the Oregon Trail, which followed sections of the river) or, less often, "sagebrush river." The Snake name comes from sign language—a serpentine movement of the hand with the index finger extended—that referred to the weaving of baskets or grass lodges of the Snake or Shoshone Indians.

The source of the Snake River was debated for a long time. The problem was to find the longest branch in the Two Ocean Plateau, which is thoroughly crisscrossed with streams. Current maps show the head of the Snake to be about 3 miles north of Phelps Pass, at a point on the Continental Divide inside Yellowstone National Park. In 1926, John G. White showed a photo in his hand-typed book Souvenir of Wyoming of the "true source of the Snake," writing that "it is near the Continental Divide upon two ocean plateau. A number of springs gush forth upon the hillside. Uniting, they form a small stream, which, at an altitude of two miles above sea level, begins its arduous journey...to the Pacific." The Snake River is the nation's fourth largest river; 42 miles of it are in Yellowstone National Park.

(from the National Park Service, nps.gov)

About 3307 W Washington Blvd and BOOKSHELVES

3307 W Washington Blvd is a project and a space in the Arlington Heights neighborhood of Los Angeles that explores social forms of reading. 3307 contains multiple programmatic platforms designed for collaborative inquiry, playing host to literary events, performances, meals and the residency programs BOOKSHELVES and Katz's Deli. Founded by writer and artist Amanda Martin Katz as an experiment in embodying site, 3307 took its name from its address and its conceptual lifespan from the terms of its commercial lease. As a place to consider relating through textual engagement, the focus of 3307 has been the act or process of locating —particularly how artists, writers, and curators position themselves and their practices through reading, producing and sharing texts.

BOOKSHELVES was a thought-residency program within 3307's non-circulating storefront library. Residents activated the collection by loaning books from their home libraries, reorganizing the permanent collection's ontological structure and moveable shelving system, and by collaborating with Katz to design reading environments that corresponded with the aesthetics and concerns of their individual practices. Each residency included a participatory and/or performative program that translated the text-based inquiry into an embodied, social format. Visitors were invited to come read during open library hours, and resident's bibliographies were made available to download from the 3307 website for further engagement.
Tweet
Share