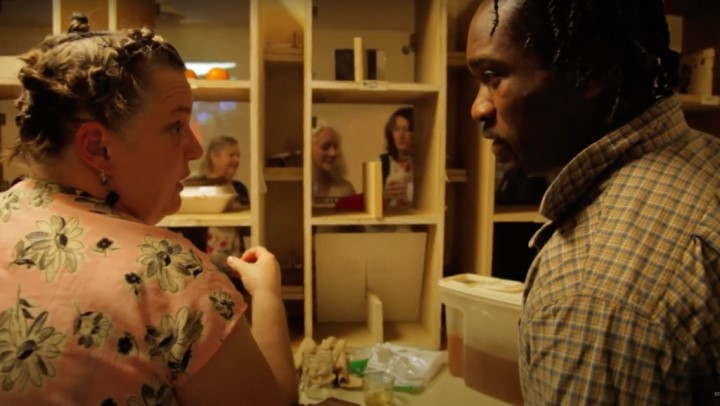 After eight years, Thank You For Coming brings this beloved true good food event back!

Haitian Spaghetti is a staple food eaten by the urban people of Haiti, morning, noon and night. Prepared by Ronald “Cheby” Bazile, Atis Rezistans of the Grand Rue in Port Au Prince, now an artist living in Miami, Florida.

Cheby shares his recipe which he learned from his favorite spaghetti vendor, Ms. Ti-Sé, “little sister”. Her stand was located behind the university on the Rue De La Reunion of Port Au Prince.

This spaghetti is not the wet version we are used to, and the sauce and toppings are mixed with the noodles so that there is a fine coating of flavor. The sauce is made with a mix of spices, tomatoes, peppers, and onion, topped with a choice of hard boiled egg and/or all beef hotdog, served over a heaping pile of noodles cooked in garlic, onion, clove water, and garnished with onion, catsup, mayonnaise and hot sauce.

A portion from the sale of each plate will go directly to support John Peter Bernard and Jean Andre Berlin, family friends of Cheby’s who lost their home in Les Cayes, Haiti, one of the most affected areas of the recent earthquake.