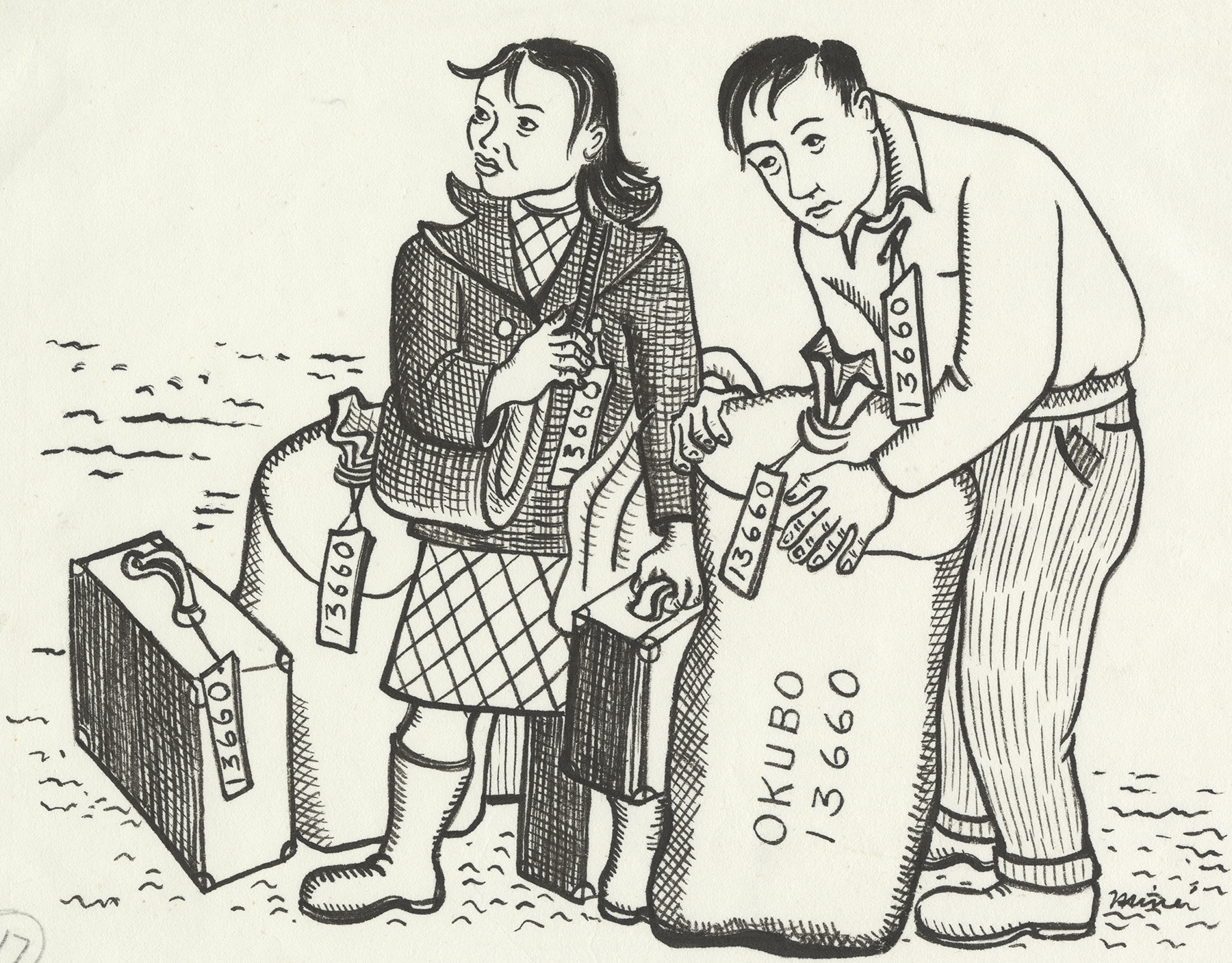 THE JAPANESE AMERICAN NATIONAL MUSEUM TO OPEN NEW EXHIBITION AUGUST 28 “MINÉ OKUBO’S MASTERPIECE: THE ART OF CITIZEN 13660” THAT INCLUDES ARTWORK FOR THE 1946 BOOK SHOWN FOR THE FIRST TIME

LOS ANGELES – On the 75th anniversary of its publication, the Japanese American National Museum (JANM) will open a new exhibition, “Miné Okubo’s Masterpiece: The Art of Citizen 13660.” This groundbreaking memoir of nearly 200 illustrations, is an insider’s view of the World War II incarceration of Japanese and Japanese Americans – the first book-length account of America’s concentration camps by a former incarceree.


The exhibition will include twenty-eight of the original drawings from the illustrated memoir, plus the captions that accompany them. JANM is a custodian of the Miné Okubo Collection which includes all the original drawings for Citizen 13660, and other artwork. A second exhibition room will highlight the art that inspired the 1946 book: myriad sketches she completed while incarcerated, a sketchbook, and a draft of the final manuscript. It is the first time this artwork and related materials will be exhibited.


“Before World War II, Okubo’s future as an American artist seemed limitless. But her abrupt detention in America’s concentration camps shifted her artistic focus to document this new constrained life with a prolific energy,” said Kristen Hayashi, PhD, JANM's Director of Collections Management & Access and Curator. “Cameras were banned in the camps, so instead Okubo produced hundreds of sketches and drawings, capturing a chapter of history that could have easily been forgotten.”


When Executive Order 9066 was issued in 1942, it created a West Coast exclusionary zone, leading to the forced removal of Japanese and Japanese Americans, including the Okubo family. Okubo would later capture every vignette of upheaval that followed. She is Citizen 13660 - the government-assigned number for her family, and her illustrations portray a citizenship in turmoil.


Her camp sketches are full of the injustice and uncertainty felt by these families. The drawings capture the Okubo suitcases piled up on the sidewalk, each labeled with family number “13660” – to families facing the harsh winter winds of the Topaz camp in Utah.


Miné Okubo was born in 1912 in Riverside, California, to parents who were from Japan. Okubo was single minded in her artistic goals, vowing not to marry, or to “wash someone else’s socks.” After earning Bachelor’s and Master’s degrees in Art at the University of California, Berkeley, she won a 1938 prestigious traveling arts fellowship that included studying with Cubist artist Fernand Léger in Paris. In San Francisco, she painted murals under the Works Progress Administration’s Federal Arts Project, and once worked alongside famed Mexican muralist Diego Rivera.


Citizen 13660 was first published In 1946 with 198 illustrations, offering an unvarnished view of life at remote U.S. concentration camps. Okubo is no mere observer in these illustrations; the artist inserts herself into most of the drawings. Each drawing is accompanied by a caption, and this book was considered an early example of a graphic memoir. Today, it is also often seen as a work of protest art.


For more information, go to janm.org/mine-okubo-masterpiece.


The Rafu Shimpo is the media sponsor.