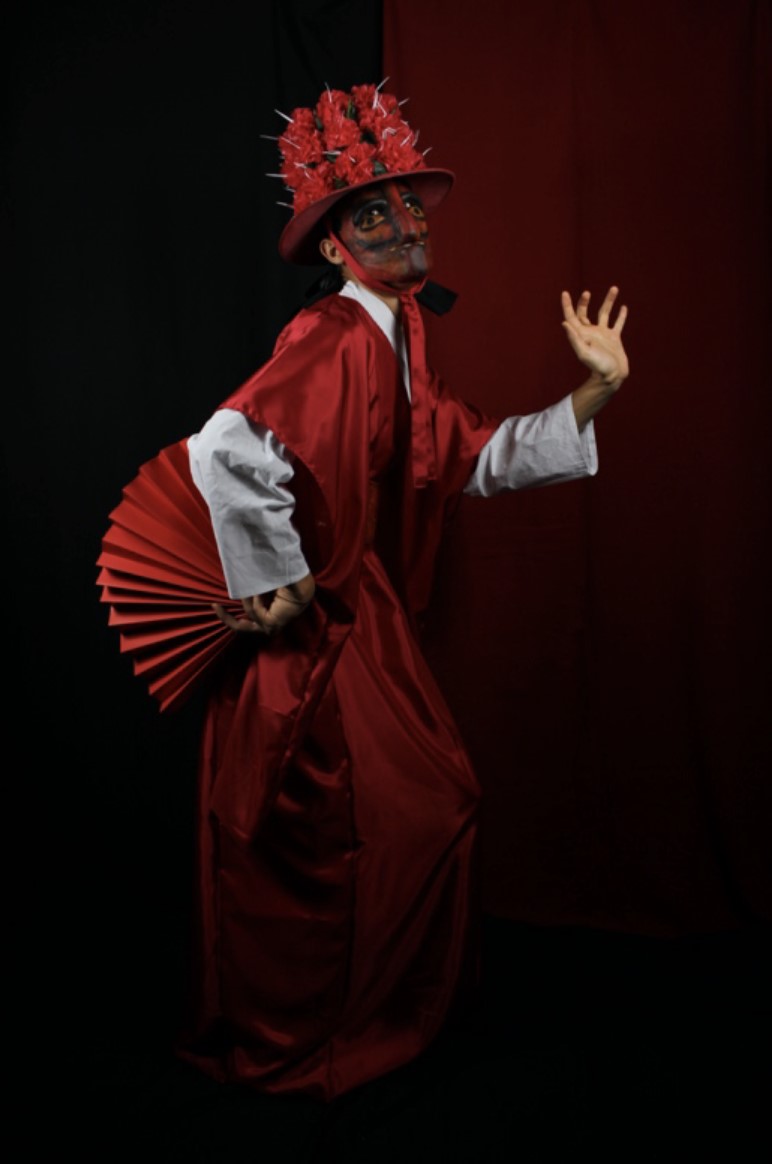 The shaman transcends the boundaries of the body and folds time allowing two identities to coexist simultaneously. While embodying the role of the guest, the shaman acts as an interpreter for the two worlds.

Growing up in the United States, I was fed a particular canon of history, all the while being told stories from my parents’ lives — one, a second generation Mexican American living in California, and the other, a Korean who immigrated to California. Growing up, we would travel to see our family in Korea and in between those travels, my mother would tell us about her past. Her stories of her experiences as well as those handed down to her from generations past were wrought with mysticism and what felt like mythology. A family of aristocrats, survivors of the Korean War, and continued experiences of lightly veiled shamanistic practices.

Over the last five years, I have been working on a project titled Ancestral Projection, which explores Korean Shamanism (a historically feminine and non-hierarchical practice) through a matriarchal narrative. Throughout my studies, I have often found myself drawn to spirit possession, pseudoscience, medicine, feminism, and Victorian mourning practices – all of which enact opposing systems of power, knowledge, and representation. I allow myself space to consciously and unconsciously embody these distinct histories — real and imagined — in order to revel in the destabilization of a culturally intelligible experience.

David Gutierrez is a Los Angeles-based artist who received a BA in Studio Arts at the University of California Irvine in 2009 and an MFA in Art at the California Institute of the Arts in 2012. David has shown at Honor Fraser, Torrance Art Museum, OCHI Gallery, and the Pacific Design Center.
Tweet
Share