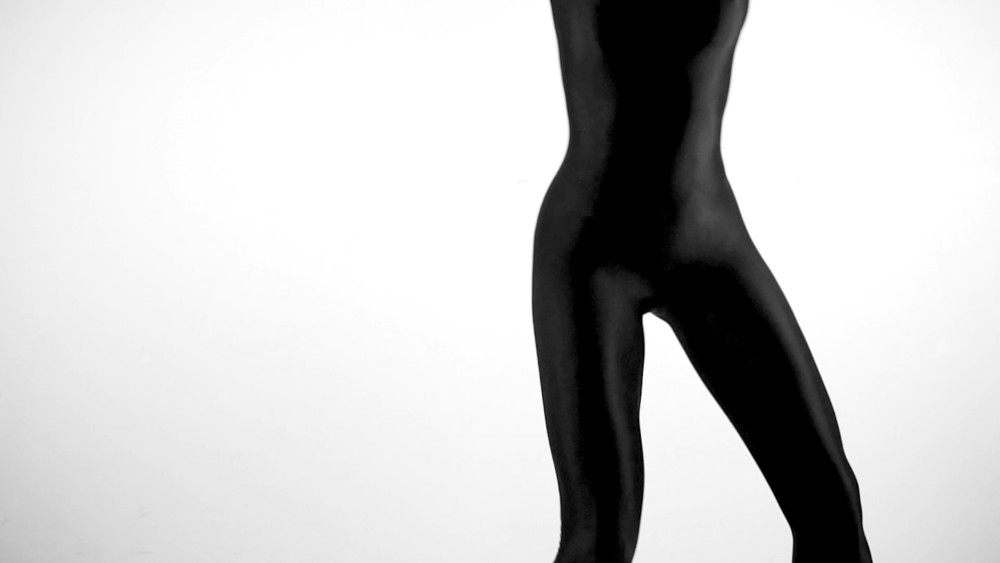 Julia Phillips: Between Love and Loss

Phillips is known for her sculptures that take the form of tools and apparatuses to be used in imagined scenarios ranging from commonplace interactions between two individuals (such as negotiation) to more pointed and one-sided actions (manipulation, objectification). The titles of her works indicate their potential use and who might be wielding them. Phillips’s pairing of fragile ceramic body casts with rigid steel armatures emphasizes the charged nature of these interactions.

Many of the featured works focus on movement and engagement, such as Negotiator (#2), 2021, a large steel wheel supported by ceramic spokes, and Connection Studies, 2015, a group of four drawings that muse upon the ways physical materials are often joined together. Similarly, traces of movement are inscribed onto the surface of Dance Marks, 2014, and two videos reference the body in motion.

While much of Phillips’s work has examined the power dynamics at play in external interactions, she has recently started to explore the relationships one has with oneself. A new series of sculptures debuted here, the Purifiers, is influenced by various spiritual practices and illustrates this notion of inward-facing reflection.

The exhibition’s title is a reference to American opera singer Jessye Norman, an influential figure for the artist, and speaks to the experience of living through the past eighteen months.

Julia Phillips (b. 1985, Hamburg) lives and works in Chicago and Berlin. She has had one-person exhibitions at MoMA PS1 (2018) and the Kunstverein Braunschweig (2019) and was featured in the Berlin Biennial and the New Museum Triennial (both 2018). Her work has been shown at museums including the Art Institute of Chicago, Museum für Moderne Kunst in Frankfurt, the Studio Museum in Harlem, and the Museu de Arte de São Paulo.

Julia Phillips: Between Love and Loss is on view at 1062 North Orange Grove from October 16 to December 23, Tuesday through Saturday, from 10:00 AM to 6:00 PM. For additional information, please contact Beau Rutland at 212-243-0200 or beau@matthewmarks.com.
Tweet
Share