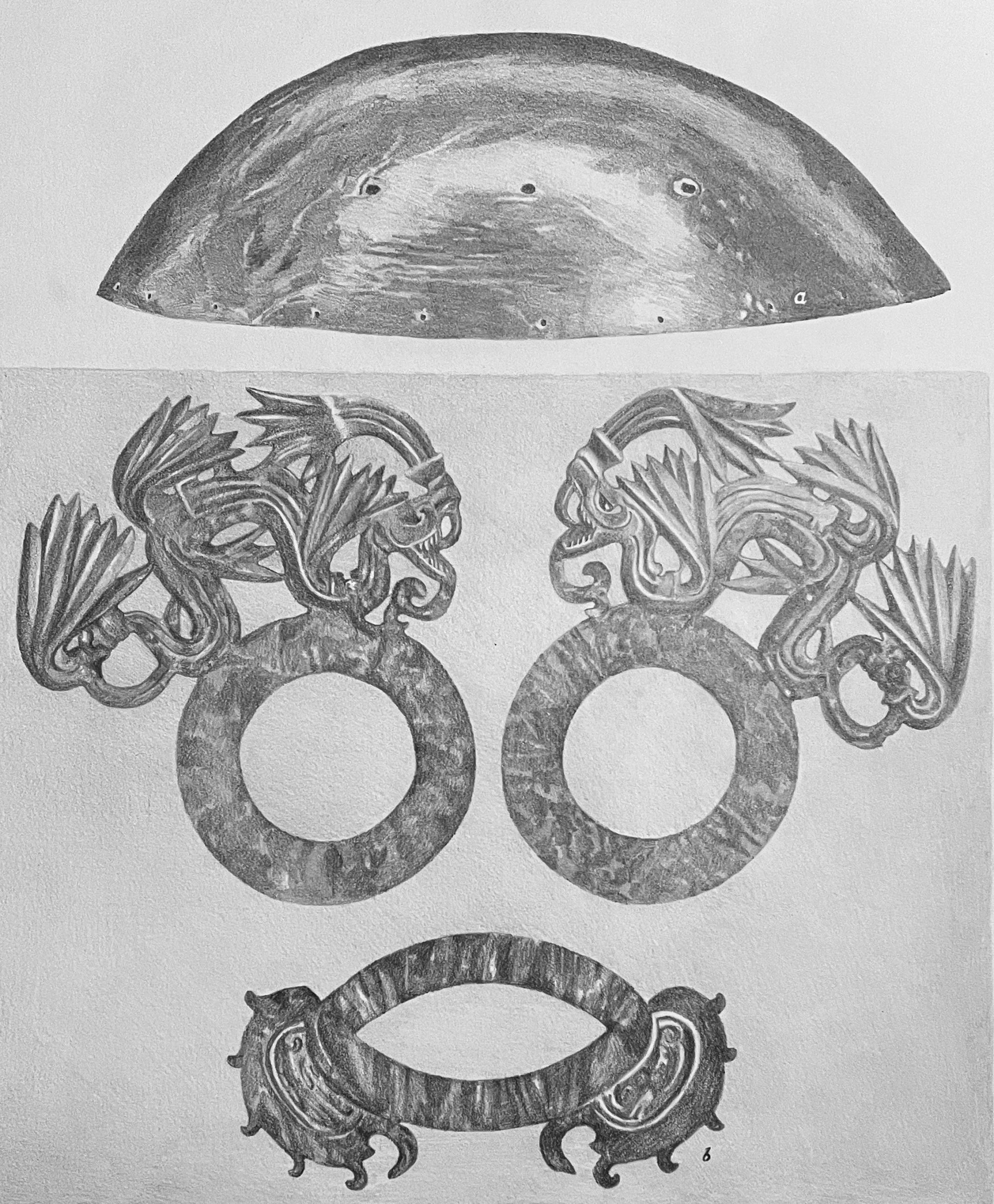 Gala Porras-Kim: A terminal escape from the place that binds us 👀

Commonwealth and Council presents A terminal escape from the place that binds us, Gala Porras-Kim’s sixth exhibition with the space.

Human remains—chiefly bodies and personal effects, along with trace artifacts imprinting culture like a footprint in time—make up the basis of archaeological collecting. Subtler but no less abundant in the halls of ethnographic museums are the physical emanations human presence leaves behind: the exhalations, moisture, soil, and clatter that persist in our wake as surely as any of the collected objects. Porras-Kim posits these as “spiritual” remnants, physically and figuratively trapped within institutions and imagines ways of letting them out. The result is a series of works which reframe the problems of ethnographic epistemology around the uncanny vestiges of presence—how might we release these echoes to live on, at least in our minds?

A suite of drawings catalogs textile fragments dredged from the Sacred Cenote at Chichen Itza, now housed at the Peabody Museum of Archaeology and Ethnology at Harvard University. Porras-Kim levels the interpretive grounds of their collection, highlighting discrepancies in institutional classification schemes and presenting alternate groupings that register a more innate coherence. Consider the multivalence of an object existing simultaneously as museum artifact, spiritual conduit, and ancient/aging material. Rather than subordinating the artifacts in the service of curatorial narrative, Porras-Kim seeks to revive their ritual function, restoring their spiritual life even as they retain their present role as objects of display and study. The cenote was once revered as a gateway to the gods, where offerings were submerged as tributes to the rain god Chaac. Displaced and dry in museum holdings, they have been rendered inert. Though anathema to curators and conservators invested in static objecthood, Porras-Kim suggests splashing the votives with rainwater, or re-submerging them to revivify their intended purpose. Thus the artist asserts that if museums and academics can impose logics of display and cataloging on these objects, then we can also advocate for honoring the objects' suppressed capacities for magic and power to communicate with the spirit realm—an ontological shortcut through an epistemological problem.

Even under the most controlled conservation conditions, organic remains continue to break down, whether by the slow effects of condensation and oxidation or in more spectacular fashion—like the mummy named ‘Luzia,’ the oldest in the Americas, which burned in a fire at Brazil’s National Museum in 2018, leaving behind only ashes and bone. Human intention aside, what potentials remain for an artwork left to the possession of nature, chance, and spirits? At the center of the exhibition, the artist has set up a kind of oracle conjuring an artwork-to-come: condensed moisture from a dehumidifier drips down onto fabric primed with graphite powder, divulging their prophecy in mouldering washes of stain. Similar processes are evidenced in a series of paper prints, in which striations and swirls of ink map topographic terrains for the afterlife.

Ultimately, A terminal escape from the place that binds us reconsiders the status of objects in the data-sphere, past the limits of traditional thinking.