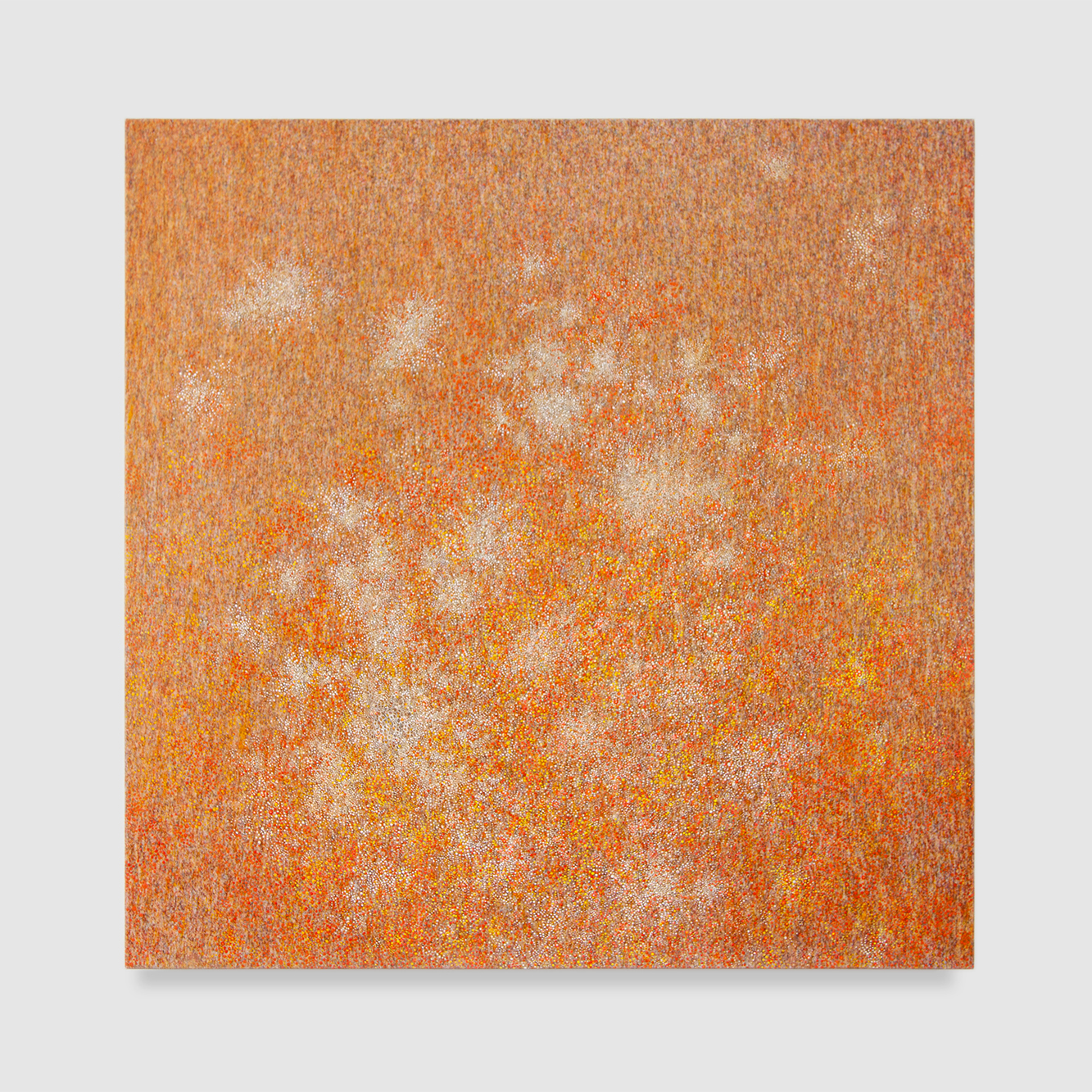 Over the last twenty years, Yun has developed a unique multidisciplinary practice that dwells on the themes of time, nature, and ontology. Yun carefully observes natural phenomena, such as sprouting seeds and geological formations, noticing their subtle change and growth: traces from the passage of time. These traces consistently inform Yun’s practice, inspiring the abstract shapes in her paintings and drawings, and the distinct moments in nature captured through her photographs.

In her paintings and drawings, Yun takes inspiration from the various stages of plant growth. From the sprouting of a seed, development of roots, to the flourishing of stems and leaves, a plant's growth illustrates how subtle, individual changes can accumulate into a full lifeform. Yun’s investment in this organic process is reflected in the seed-like circular forms that appear throughout her paintings and drawings. Acknowledging this similitude, Yun sprays water after painting these "seeds," as if nursing them. The result is the blossoming of colors, spreading and blending amongst each other. For Yun, each of these seeds functions as containers that hold the vital, emergent quality of life, as well as her emotion at the moment of their conception.

Some of these seeds extend into each other to form more elaborate shapes. The resulting clusters are reminiscent of natural forms such as flowers, rhizomes, archipelago, and even galaxies—evoking different senses of scale simultaneously. These clusters are especially prominent in Yun's drawings. Floating in a foggy, mystic void, they appear as if slowly retreating away from the viewer. This effect is achieved by transposing multiple drawings on transparent paper, which results in a cluster that seems at once both singular and collective. This ambiguous existence corresponds to Yun's ontology that a being is, fundamentally, an amalgamation of multitudes and differences.

Yun's photographs allude to the same idea but draw specific inspiration from Iceland. In 2009 and 2011, the artist visited the country close to the winter solstice, when the period of daylight becomes the shortest. Despite working with limited daytime, Yun captured various geological features unique to the region, such as glaciers, fjords, and permafrosts. Frozen and distant from human activity, these sites perfectly preserved their ancient geological past. This sense of timelessness, or what Yun calls "serenity," is echoed throughout Yun's photographic series. Some landscapes are mirrored on the ocean's surface, enhancing the drawn-out sense of time the geological formation embodies. Some landscapes are obscured by clouds, blurring the boundary between sky and land. Thereby, Yun's landscapes achieve an ethereal quality, transcending mere physicality and becoming almost spiritual in their embrace of eons of geological activity.
Tweet
Share