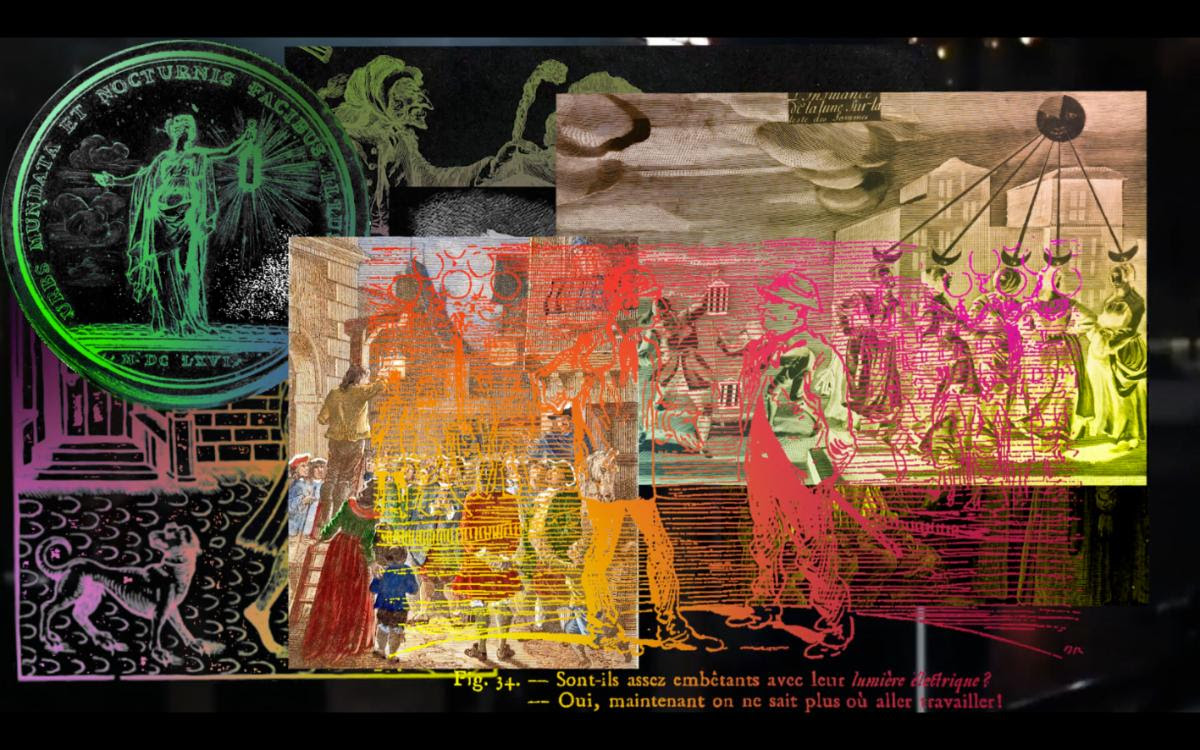 Parables of Light and Fire: Recent Works by Haig Aivazian 👀

The visual palimpsest in Aivazian’s films splices multiple scales of visuality together. Both films included in this program, Prometheus and All of Your Stars Are but Dust on My Shoes, concentrate on the play of light and its multiple sources as a means to equally reveal or to cloak systemic violence; as a means to create and to destroy.

These two films further Aivazian’s attraction to working with found footage, allowing for stories to unfold through textures of sound, divergent image resolutions, and evolving forms of machinic visualizations. In these works, history is an omnipresent hum, conjuring and colliding against degraded visions of futurities and persistent efforts of survival.
﻿
By breaking away from the hierarchical reading attached to diverse sources of imagery, Haig Aivazian is able to mobilize affect and prompt a crisp analysis of the extractive impulses that weaponize different technologies of vision, from black oil to black bodies, from the ability to track missiles and people to the ability to conceal a plane, or a motive, or a war crime.

In the first post-Soviet-era Olympic games in 1992, the "Dream Team”—a group of superstar NBA basketball players—swept away all opposition, going on to win the gold medal for the USA. The team’s unquestionable dominance coincided with, and reflected, a new era of global politics, embodied in the U.S. technological and environmental assault on Iraq a year prior. Aivazian’s film draws parallels between these two events as paradigm shifts in hard and soft power, exploring the celebration of violence that occurs in the passing of the torch, both literal and metaphorical. Fire is the main trans-historical narrative motor here, a fire only momentarily contained, only partially domesticated, but repeatedly mobilized, since its theft from the heights of Mount Olympus, to its unleashing on the oil fields of Kuwait.

All of Your Stars Are but Dust on My Shoes (2021) 18 min
﻿
The film tracks the public administration of light and darkness as an essential policing tool. The video moves between cities like New York and Paris, with the Aivazian’s native Beirut setting the central pulse. Creating an associative genealogy that moves from whale oil lamps to gas lanterns to LED bulbs, from blackouts to curfews, the video comprises found footage and material from the Aivazian’s own phone. Through layered, spliced, and juxtaposed sounds and images, the film generates a sensorial meditation on how the fundamentals of human vision—light hitting the retina—were mechanized into tools that capture our movements, be it in everyday life or on screen.
The Artist

Haig Aivazian is an artist living in Beirut. Working across a range of media and modes of address, he delves into the ways in which power embeds, affects and moves people, objects, animals, landscape and architecture. Aivazian has explored apparatuses of control and sovereignty at work in sports, museums, the office and music. He is currently Artistic Co-Director of the Beirut Art Center.