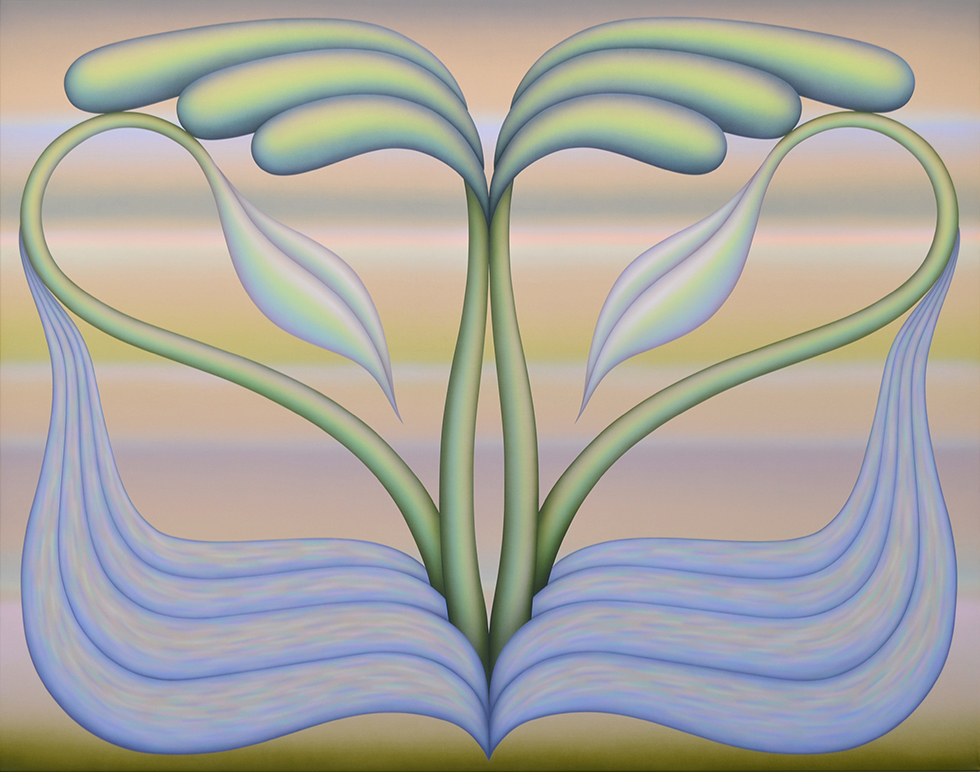 Steve Turner ✨
6830 Santa Monica Blvd. Los Angeles, CA 90038
Nov 23, 6 PM - 8 PM — ends Dec 31, 2021
Steve Turner is pleased to present Disappearing Act, a solo exhibition by London-based Ellie MacGarry that features recent paintings which depict human bodies in bodies of water. The subjects are submerged to varying degrees with the water functioning as a transparent veil that both conceals and reveals the body. MacGarry uses layers of transparent paint to alter perception and to suggest transformation.

Ellie MacGarry (born 1991, Cambridge) earned an MA at the Slade School of Fine Art, London (2018) after earning a BFA at the University of Leeds (2014). She had a solo exhibition at Daniel Benjamin Gallery, London (2019) and has had works in numerous group exhibitions in Europe and the United Kingdom since 2013. Disappearing Act is MacGarry’s second solo exhibition with Steve Turner.

Steve Turner is pleased to present Return of the Magic Sword, a solo exhibition by Milwaukee-based Zachary Ochoa that features new paintings which introduce a world of their creation, one with a girl hero, his alter ego, and an array of urns, swords and other weapons, objects that connect Ochoa’s narrative to Arthurian legend. The images are painted so that they float in solid backgrounds and often are juxtaposed with text, “Revenge,” “Dream,” “Dog,” “Friendship,” “Lady,” “Flower Forever” and “Death.” Years of unknown significance, “2002” and “2004,” are also scrawled on many of the paintings. Floating images, words and dates allow for an open-ended reading of Ochoa’s non-linear narrative, one that he aims to expand upon in upcoming projects. According to Ochoa, “The evolving narrative of Girl Hero allows me to address a number of topics including revenge, love and acceptance while utilizing imagery that is not rooted in any specific time period.”
Tweet
Share