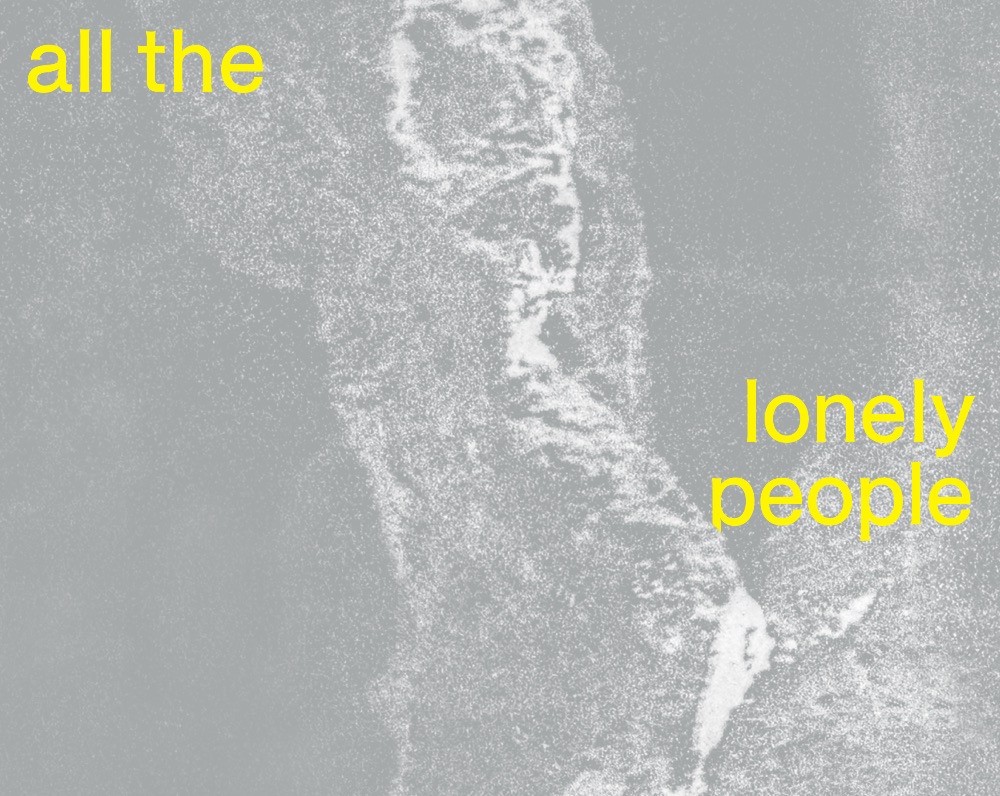 All the Lonely People

Masks and social distancing required. For the safety of our guests, we will not be hosting a public reception for the opening of the exhibition. We will be open for regular gallery hours, from 11:00am-6:00pm.


L.A./Berlin, November 16, 2021 – To celebrate the 25th anniversary of Villa Aurora, VATMH (Villa Aurora & Thomas Mann House) and LAXART present the exhibition “all the lonely people” at LAXART. The exhibition, curated by Berlin based Nana Bahlmann, examines the ancient figure of the hermit against the backdrop of the current pandemic. The show presents examples of loneliness, melancholy, and longing, as well as physical and mental withdrawal. Some of the works by former Villa Aurora fellows and Los Angelesbased artists, have been created during periods of personal isolation, others have been newly conceived for the exhibition. Before L.A., "all the lonely people" was shown in Berlin at silent green in autumn 2021.

"all the lonely people" makes the experience of isolation and solitude visible. In doing so, the artworks take up traditional motifs associated with hermitage— retreat into nature, contemplation, and the dualities of inside and outside, exchange and silence, exclusion and trauma—and apply them to some of today’s urgent questions. They offer new perspectives on loneliness in the digital age, off-grid self-sufficiency, and imaginary places of refuge in the midst of gentrification and systemic oppression.

The exhibition is accompanied by a supporting program of films, readings, talks, performances. More information to follow.

The exhibition is generously supported by the German Federal Foreign Office, the Berlin Senate Chancellery, the Friede Springer Foundation and a private patron. The Los Angeles version of the exhibition was further made possible through support from the Andy Warhol Foundation for the Visual Arts and the LA Arts Recovery Grant.


About LAXART
LAXART is a nonprofit visual art space that promotes developments in contemporary culture through exhibitions, publications, and public programs.

About Villa Aurora
In the 1940s and 1950s, Martha and Lion Feuchtwanger's legendary Los Angeles home was a refuge for artists and others escaping Nazi persecution. Its residents went on to have a tremendous impact on life and culture in the United States. In 1995, Villa Aurora became an artist residency and since then has hosted over 350 artists, reclaiming its title as a home for international cultural exchange. While at Villa Aurora, artists are inspired by American culture and nature, the legacy of exile, and its artists in residence. Villa Aurora has been affiliated with the Thomas Mann House since 2017. Every year, Villa Aurora awards grants and three-month residencies to artists in the fields of visual arts, musical composition, film and literature. Villa Aurora hosts a lively public program in collaboration with local partners. www.vatmh.org
Tweet
Share