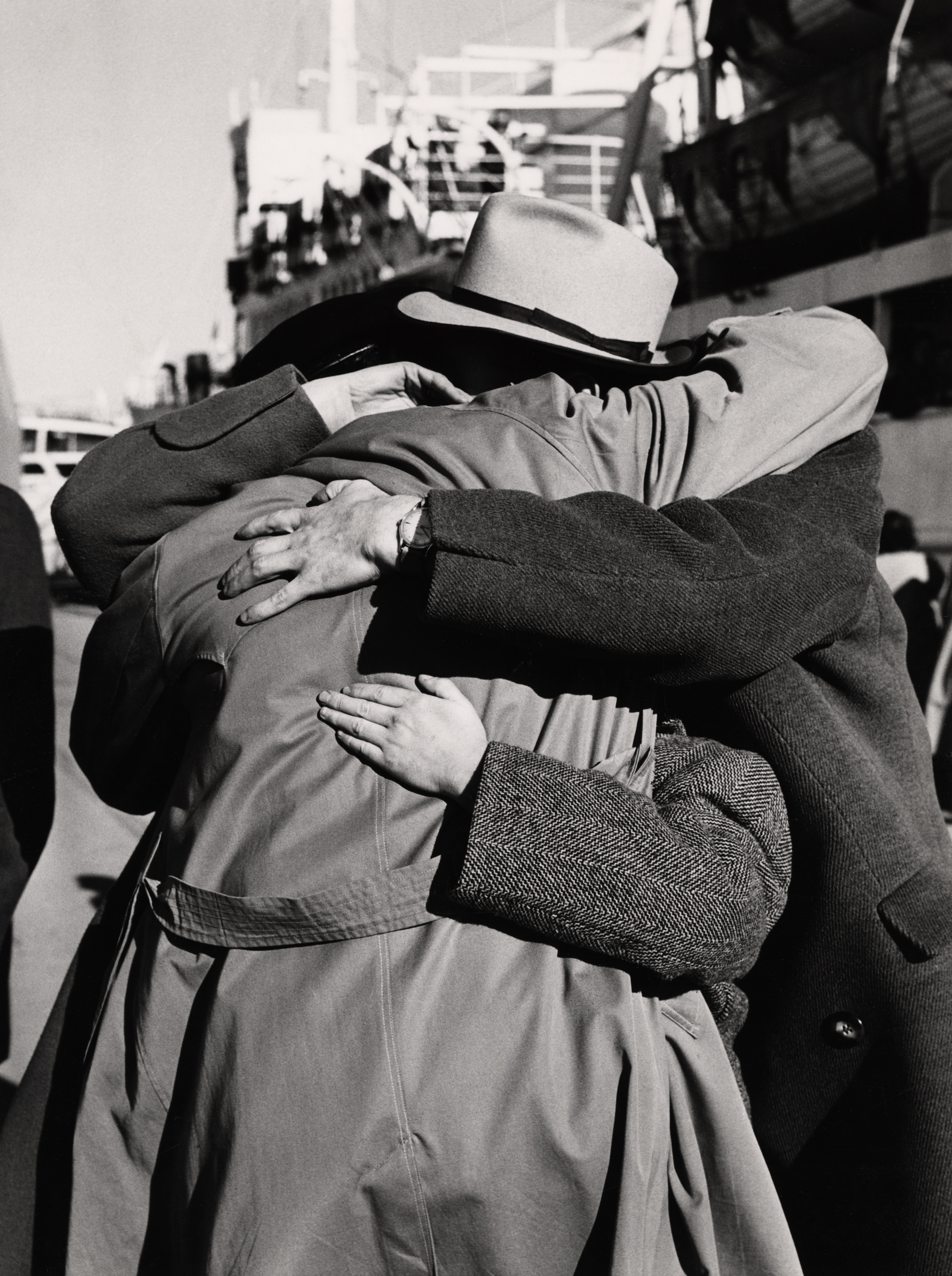 Ruth Gruber (1911–2016) was born to Jewish immigrants in Brooklyn and became the youngest PhD in the world, at age twenty, with a dissertation on Virginia Woolf. In 1935, she was the first correspondent to travel to the Siberian Gulag and Soviet Arctic.

She captured some of the earliest color images of Alaska’s vast frontier, the lives and customs of the native population, and the conditions and experiences of American soldiers. In 1944, as World War II raged, Gruber stewarded the ship Henry Gibbins on a secret U.S. government mission that brought nearly 1,000 Jewish refugees from Europe to Fort Ontario in upstate New York. Gruber subsequently shifted her attention to the lives of refugees and to issues of rescue, sanctuary, and liberation, devoting the rest of her life to humanitarian causes.

In 1947, Gruber’s exclusive photographs documenting the harrowing voyage of the Exodus 1947—a ship carrying 4,500 Jewish refugees that attempted to break the British blockade on immigration to Palestine—were sent internationally via wire services to thousands of newspapers and magazines. Her iconic images radically transformed attitudes toward the plight of Jewish refugees and Holocaust survivors after the war. Following the establishment of the state of Israel, Gruber photographed the waves of immigrants who poured into the new country, while continuing her commitment to documenting the condition of Jewish communities throughout the world.

Ruth Gruber devoted her life to fighting against injustice, advocating for human rights, and asserting the basic dignity of all people. Her determination to draw attention to the plight of refugees and stateless people is as timely and relevant today as it was when she took her iconic photographs of Holocaust survivors on the Exodus 1947. Ruth Gruber, Photojournalist is a tribute to her extraordinary life and to the humanitarian concerns that guided her work.