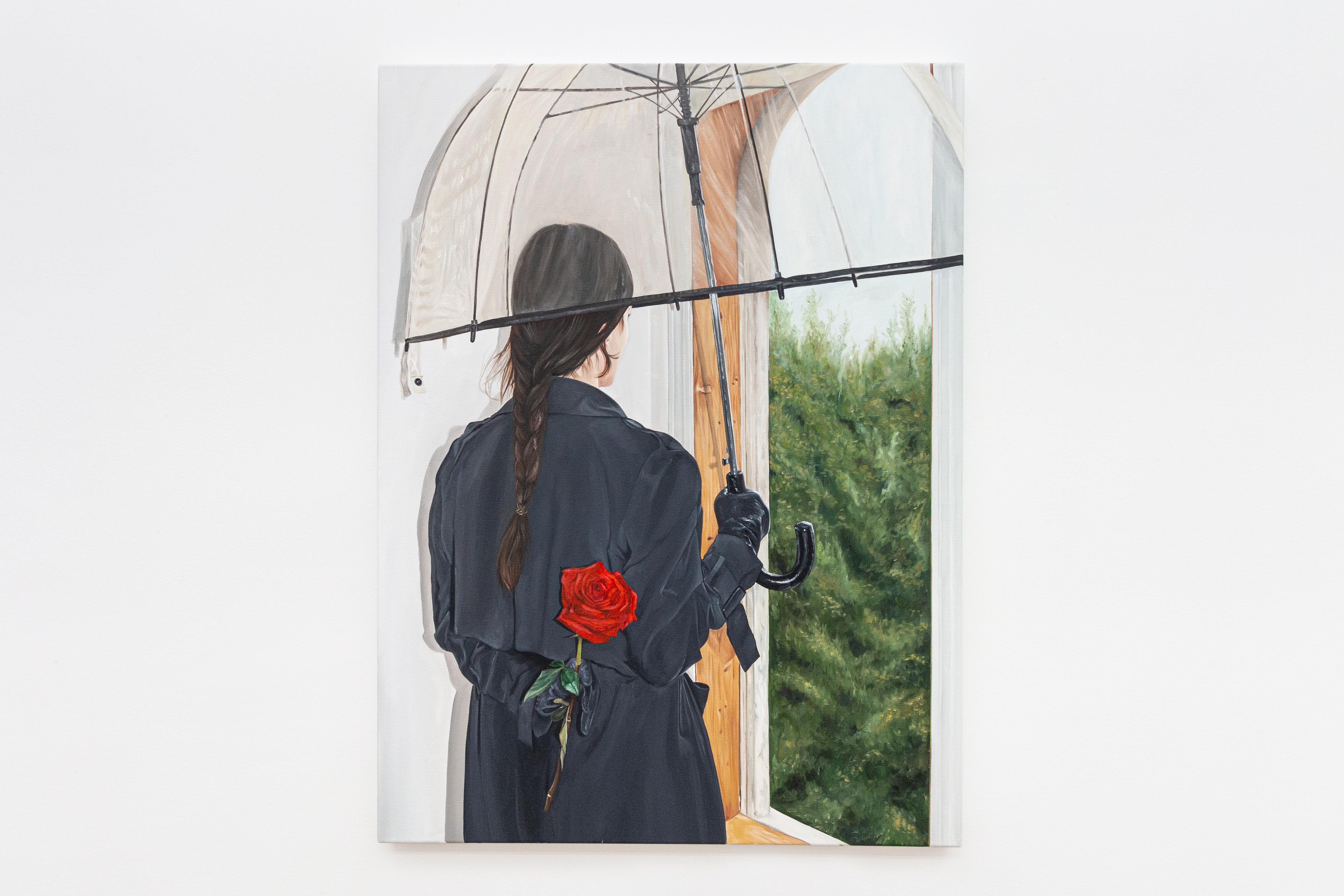 De Boer Gallery
3311 East Pico Blvd, Los Angeles, CA
Jan 08, 4 PM - 8 PM — ends Feb 26, 2022
de boer gallery (Los Angeles) is pleased to present a show of new oil paintings on canvas by Barcelona born, Chicago based artist Noelia Towers. Titled Opening an Umbrella Indoors, this is the artist's first solo exhibition in Los Angeles. The exhibition of medium-sized canvases will be on view in the east garden gallery at de boer from January 8 through February 27. An opening reception for the artist will be held on Saturday, January 8 from 4-8pm.

Towers' laborious paintings are made in a photo-realistic style, her images created by photographing herself and references to dominance and submissive practices. Her subjects of choice display the power of intimacy, trust, and love with references to larger philosophical quandaries. Towers brush strokes are a combination of representational and light impasto, creating a quality that refers to the stark digital nature of amateur photography. The resulting paintings are unsettling portraits that relate to the artist’s own unique perspective.

In response to the paintings, Towers tells a story about the day of her baptism when a Romani woman cast a spell on her outside her family's neighborhood church when her parents refused to give the woman money. Towers continues to consider the tragedy of her adolescence as being connected to that one moment, like a broken mirror, or in this case, like opening an umbrella indoors.

Towers’s painting Bad Luck, 2021, depicts a woman in a black coat standing indoors staring out a window while holding a rose behind her back with an open umbrella above her head. The sentiment is mimicked in another work titled Ferit De Mort, 2021, in which the viewer is presented with a fallen swan laying in a lush patch of green with feathers scattered behind it’s final resting place and a trail of red coming from it’s wound. Mortality proves to be a subject that invades and enriches all of Towers paintings. In Self Help Towers depicts a young lady reading a book titled ‘How To Stop Suffering Immediately’. Towers’ paintings present a mourning of self at the undeniable edge of fate grace where auras and omens are presented in spades.

Noelia Towers is a Chicago based artist born and raised in Barcelona. Towers laboriously detailed paintings investigate the relationship between pain and pleasure. Her practice centers around personal experiences like chronic illness and in most instances the artist uses herself as a subject. Towers has exhibited her work at Woman Made Gallery and Public Works Gallery in Chicago, IL and de boer gallery in Los Angeles, CA.

__
de boer (LosAngeles) is pleased to present a show of mixed media paintings on panel by Los Angeles based artist Stephen McClintock. Titled Rusty Cab Corners, this is the artist’s second solo exhibition with the gallery. The exhibition of medium and small-sized panels will be on view in the west garden gallery at de boer.
Tweet
Share