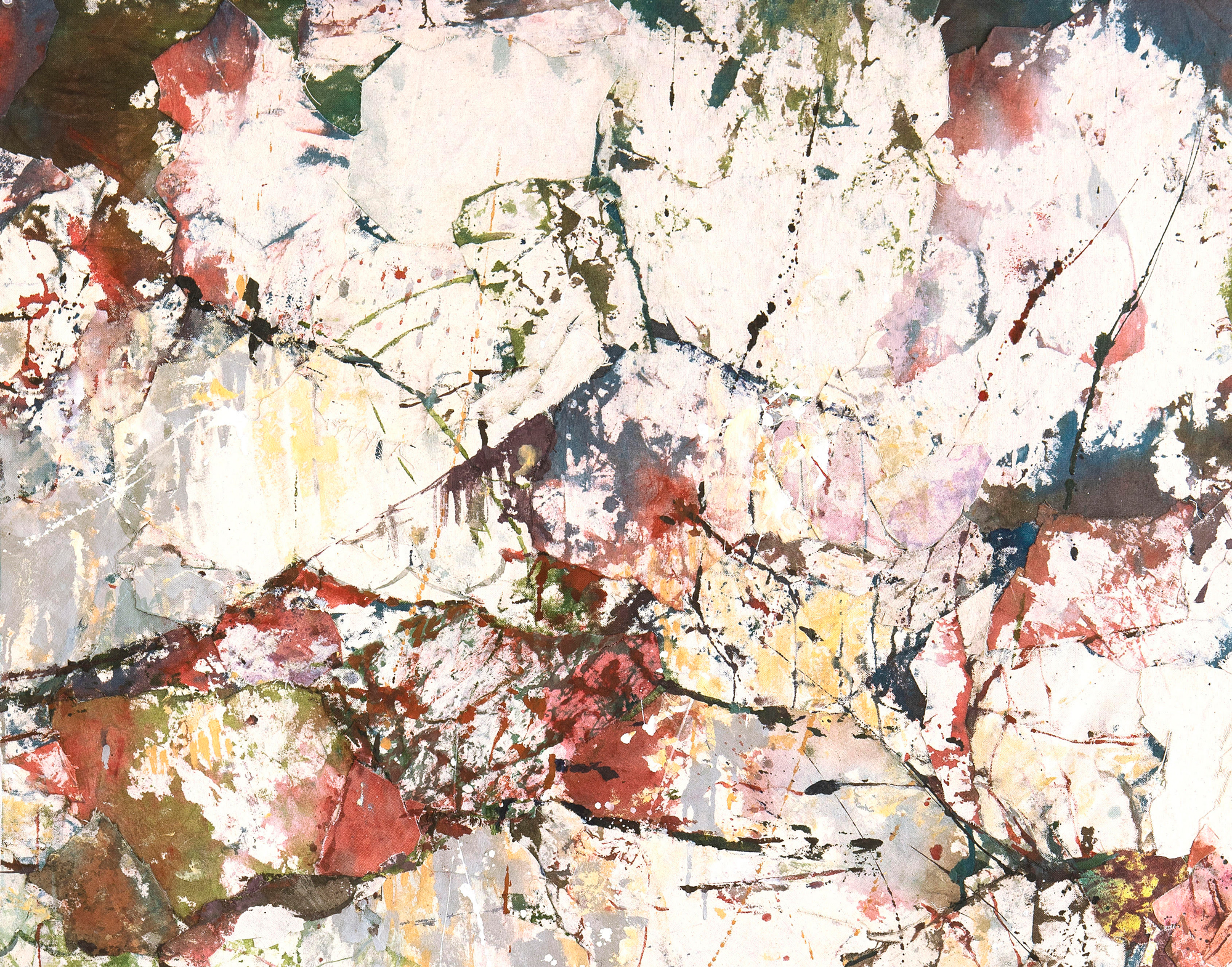 Orly Maiberg: Where Do We Go From Here

The exhibition opens January 29th, 2022 and runs through March 5th, 2022. Where Do We Go From Here is the artist’s debut exhibition with the gallery and her first solo show in the United States.

Maiberg’s work begins in dipping the naked canvas in a tub of ink, allowing the appearance of initial contours of fluid, topographical marks. Then the artist collages pieces of canvas, covering parts of the painting and creating frayed geological layers of states and textures. From that point onwards, her treatment of the canvas resembles a musical arc: actions lead to actions or a pause – an empty space within the painting. Any suspension demands another action and thus, repetitively, the painting is being created, variation upon variation.

The movement in the studio evolves intuitively, with moments of alertness that allow the mind to capture the story that emerges from the painting and illuminate it. Slowly, the arbitrary makes room for the rational, and the unconscious - for the conscious. Premeditation and randomness are being merged into a complex artistic progression, combining the pre-structured outline with that which appears out of the blue.

This repetitive process is evident in all Maiberg’s works. Wandering among them enables the viewer to weave fragments into an incomplete body, hallmarked by tear, disruption, scars and fragmentation, implying the complexity of our life’s reality. An event, a narrative-led occurrence begins to emerge from the painted scene. The eye wanders upon the canvas and what seems to be an overview of the abstract, the elusive and infinite, focuses at once when a fragile figure appears and forces a scale, sharpens the perspective, permitting the gaze to hang on to it for a short while and linger. Emerging like that, the figures define the painted space, which is bound by somewhat vague rules. The human presence disciplines the painted reality.

The works in the current exhibition were all created during the latest period of lockdowns, isolations and restrictions. As a way of challenging our restraining reality, the processes in the studio sought a release, spreading while the correlation between their fragmented forms and their inner chaos grew, gradually. In Sitting on a Branch the canvas’ boundaries are broken; the painting splits and branches out, as if it could go on growing.

Maiberg draws her themes from within the world’s onwards movement and lets them mirror for us, make us confront their – our – loneliness. They require us to pour our own notions onto the canvas, in order to stitch it together, raise questions and reassess, where do we go from here?

Orly Maiberg received her B.F.A. at the New York School of Visual Arts. She has exhibited her work extensively in Israel and internationally, and can be found in museum collections including the Tel Aviv Museum of Art and the Israel Museum in Jerusalem. Maiberg lives and works in Tel Aviv.
Tweet
Share