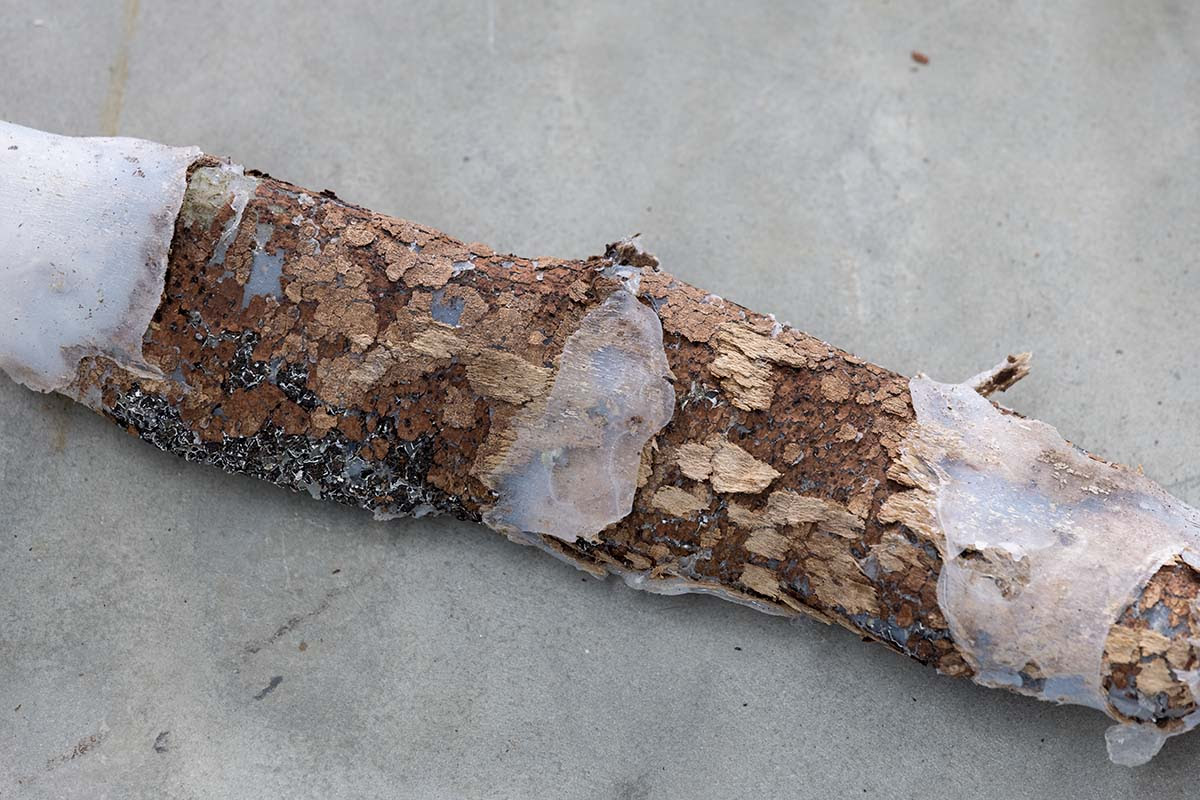 Commonwealth & Council
3006 W 7th St #220 Los Angeles CA 90005
Jan 15, 10 AM - 5 PM — ends Feb 19, 2022
Commonwealth and Council presents Clarissa Tossin's Disorientation Towards Collapse, a meditation on the global industrial complex, its roots, and its legacy, in view of both the present and the world to come. Touching on the relentless extraction of Earth’s natural resources even as the corporatist agenda sets its sights on new riches to be mined in space, the artist unpacks the gritty consequences of three centuries' unwavering faith in progress—the inheritance of industrial capitalism—to confront us with the perverse absurdity of the world we are leaving to posterity.

Planet Earth is on the brink of calamity as a direct consequence of the industrialized, profit-driven, globally interconnected world created by humans. Today, as the world burns and floods, our survival demands that we rethink the path taken and plot a new course forward. There is no turning back; nor is the contemporary world we have brought about a viable foundation for the future. Through her sculptures, photographic works, and installations, Tossin reflects on humans as the driving agents of recent global change—we will leave behind a geology defined by the refuse of a civilization that has produced and consumed a great many artificial materials; plastics and transformed metals will remain long after we are gone, for future inquisitors to pick through and judge us by.

Becoming Mineral reckons with a certain dying way of being human, of inhabiting this planet, as our collective body comes under threat from both technological advances and micropathogens. Through a series of partial death masks cast from the artist's face and made with leftover clays found in her studio during the pandemic lockdown, Tossin offers a material reminder that all life is fleeting, and all living things inevitably decay into the soil, becoming minerals which may someday settle into other bodies, born of clay.

In Death by Heat Wave (Acer pseudoplatanus, Mulhouse Forest), made for Tossin's 2021 solo exhibition at Kunsthalle Mulhouse, a skin-like silicone cast lends an anthropomorphic guise to a sycamore maple from the forest outside Mulhouse, France, which like so many others of its kind was killed by rising summer temperatures. In recent years, sycamores have been dying out across the region, with aerial views revealing forests shot through with clusters of dead trees. The sculpture presents the tree as the embodiment of decomposition itself, measuring the breakneck pace of human activity against deep, slow-moving currents of natural decay and regeneration.

As climate change and widespread environmental degradation register the long-term impacts of global capitalism, the privatization of space exploration in the 21st century announces itself as a panacea—one predicated upon the same colonial, extractive program that led to the crisis on Earth, now applied to other worlds and the resources they harbor. Future Geographies, a new series of weavings, combines strips of broken-down Amazon delivery boxes with NASA satellite images depicting Shackleton Crater, the proposed site of the first US lunar ice mining facility; Jezero Crater on Mars, later dubbed “Octavia E. Butler Landing,” where NASA's Perseverance rover set down in February 2021; and the Hyades, one of the best studied star clusters, 153 light years distant. Another weaving, Disorientation Towards Collapse, is made entirely from cut up Amazon boxes, highlighting their pervasive materiality—cardboard covered with Amazon’s ubiquitous arrow logo, a banal index of circulation and consumption in the global economy. The slow, laborious process of flattening the boxes, cutting them into strips, and weaving them together stands in contrast to accelerating cycles of mass extraction/production/consumption and waste on which our lives presently depend. A disposable container transformed into a contemplative experience signals a broader invitation to stop, look, and reflect.

With Disorientation Towards Collapse, Tossin continues her exploration of impending environmental catastrophe and the central role humans and corporations have played in accelerating disaster. Her work tracks the paradigm shift from environmental conservation to industrial exploitation against the horizon of Earth’s dwindling resources, and considers how frontier mythologies pave the way, charting the seemingly relentless progression: discovery > development > extraction.
Tweet
Share