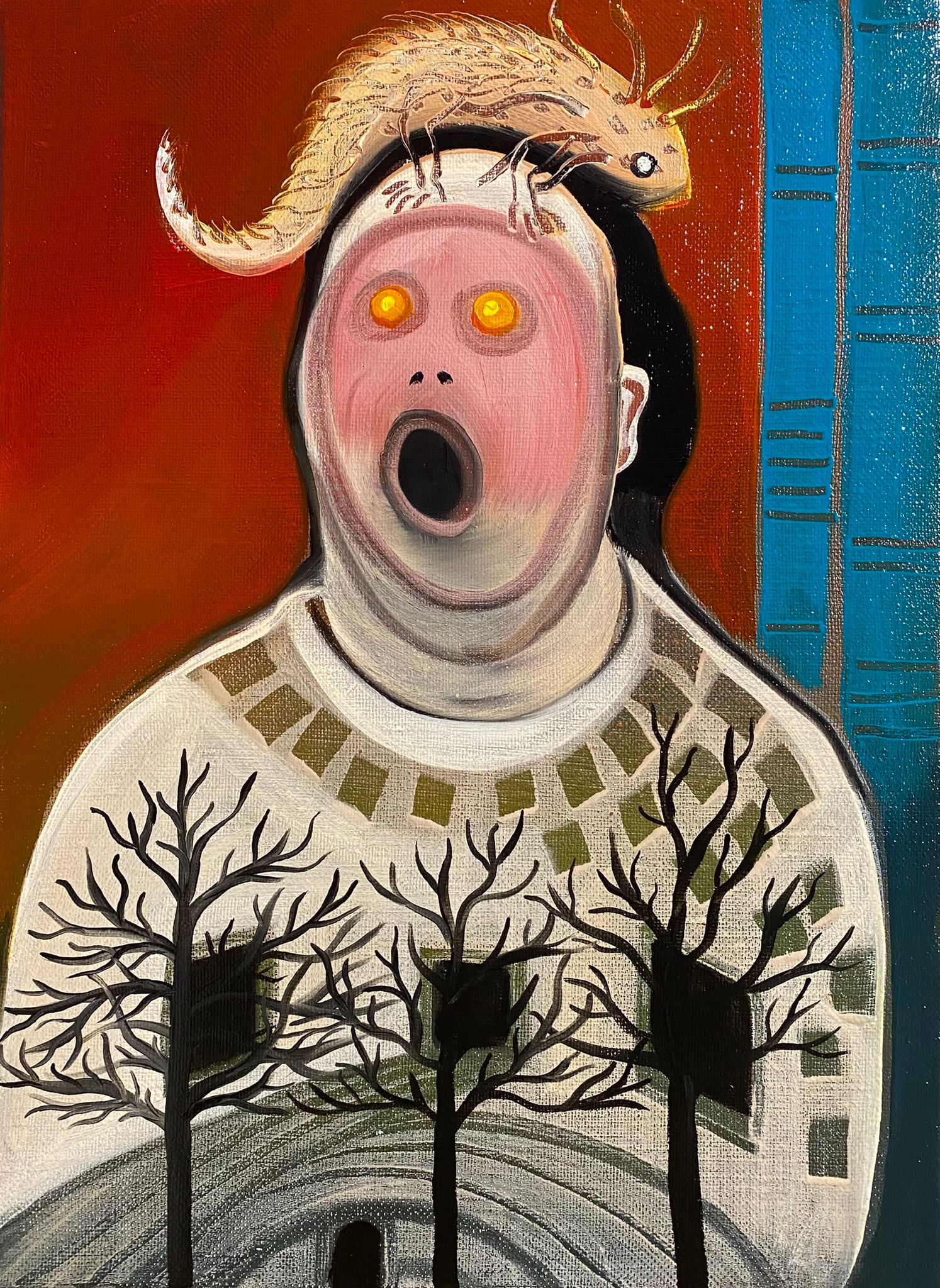 For her works, Elika Hedyat often uses testimonies and experimental documentaries staged in a dreamlike and imaginary universe. Her stories are contemporary and her characters are real. All her works revisits historical references, transferring them to the field of personal experience, mainly using the various possibilities of her repertoire as a narrative document and memory retrieval tool. Reality, memory and imagination come together in a personal story under different forms: drawing, video, documentary, painting and performance.

“For years, in my artistic approach and in my drawings, I have been staging an imaginary world as desired by an ideological power system in search of utopia. A system which is however fascinated by modernity, technology and the media and which would like to use them to one day arrive at this world which it considers to be perfect. In my work, we see this ideological system becoming deformed, mutilated. By dint of wanting to realize utopia, it gives birth to a chaotic world, a dystopia. In my drawings, the human figure is sometimes intertwined with the animal and the animal with the plant. Sexuality, the relationship to the body and to sex, power, domination and mutation are the hard cores of my work. "
Tweet
Share