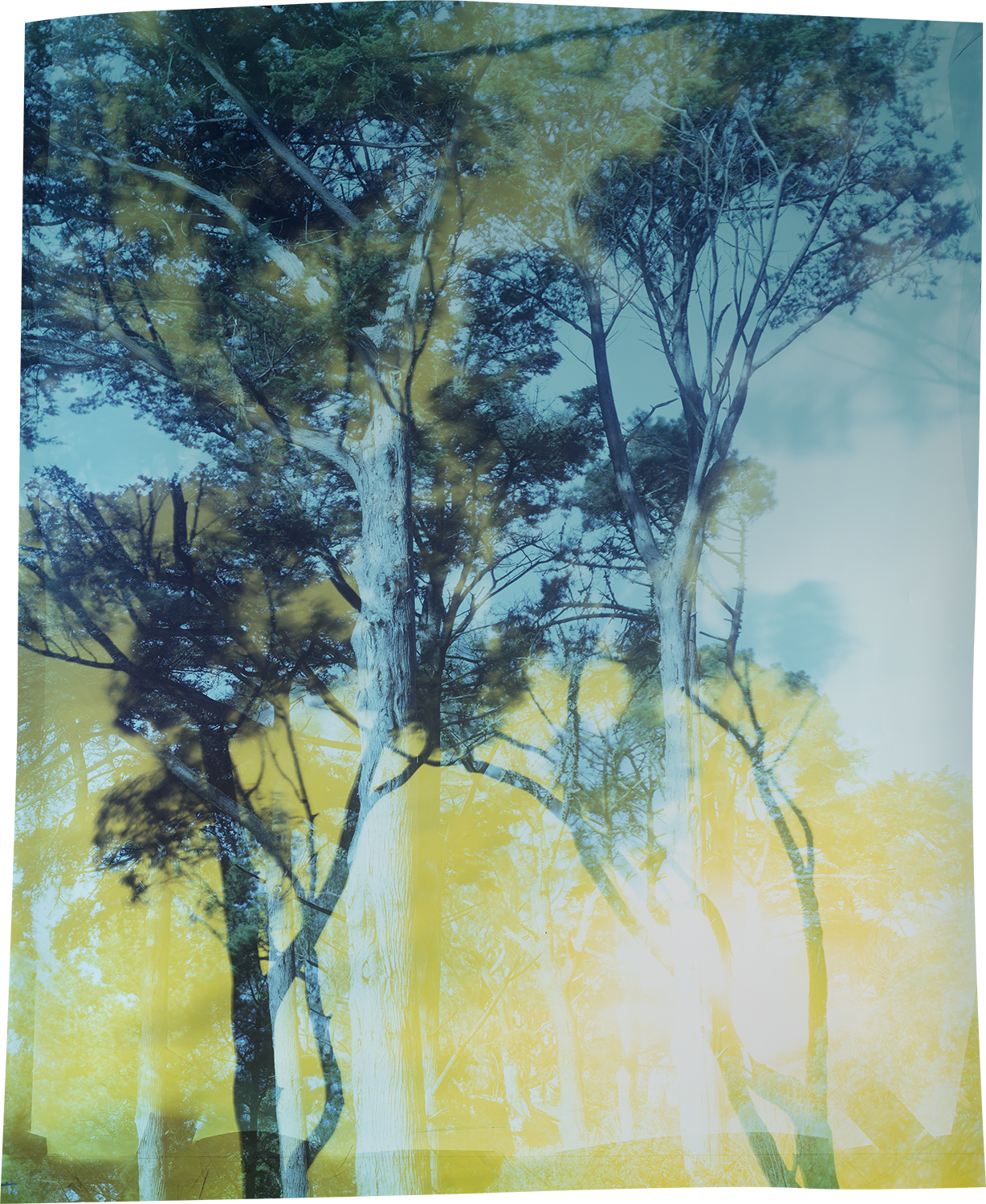 Chiara’s one-of-a-kind works are primarily focused on two locations: Starr King, a 3.5 acre of natural space nestled on the southern side of Potrero Hill, and Lands End, a natural recreation area on the northwestern corner of the city that overlooks the Pacific Ocean. These spaces are compressed and transformed into complex compositions that abstract the familiar forms of the forest.

Described by Chiara as ‘mindscapes’, these works explore a temporal space at the intersection of the mental and physical. Atmospheric colors ebb and flow with the silhouettes of trees and branches that mingle and embrace one another. Slowly, layer by layer, elements reveal themselves as more than representational in their complexity. Chiara notes, “As time goes on and life continues, the origin of the memory fades, but the visual imprint remains.”

Chiara is an artist that pushes the technical limitations of photography. These photographs are created within his signature homemade, large format camera. Each work contain three images. The first exposure is shot, then Chiara meditates on the image and carefully selects a second location. The artist then turns the photographic paper around and exposes it to sunlight, allowing the unfiltered light to directly hit the back of the emulsion, creating a golden hue over some of the images and the silhouette in all. Each unique work feels three dimensional.