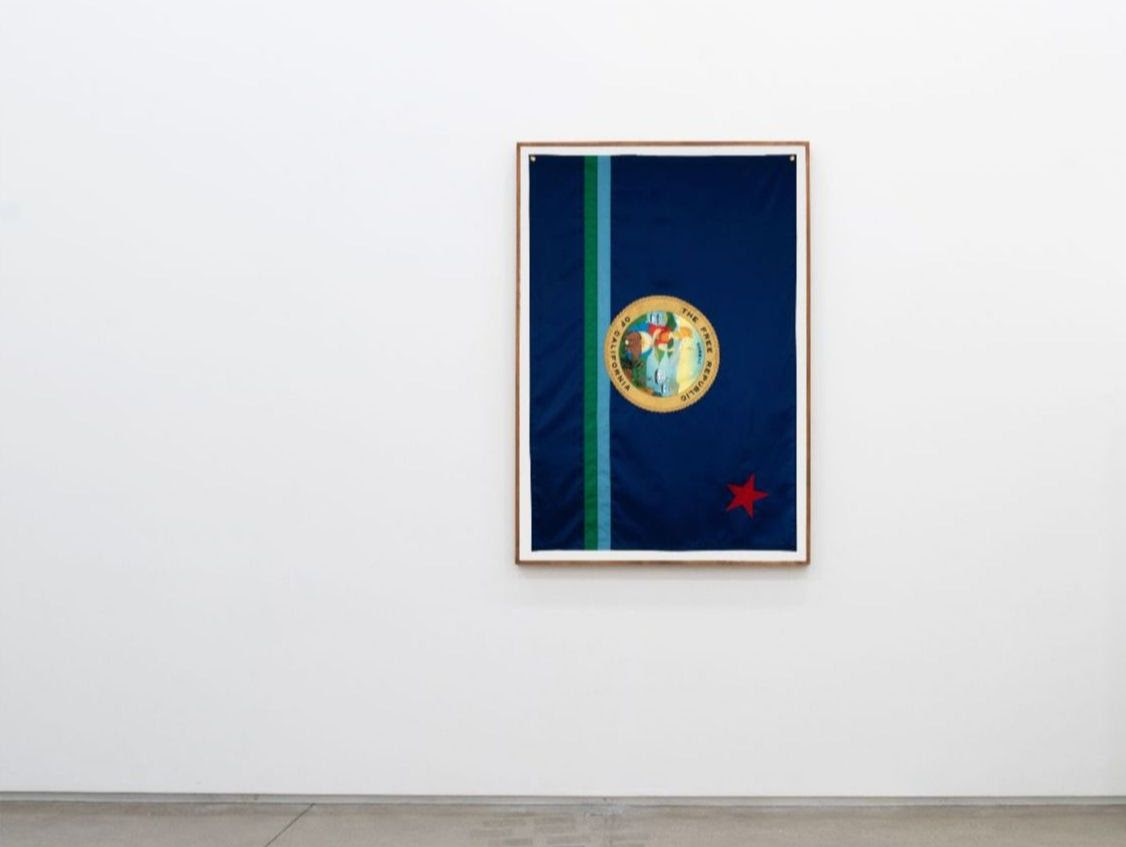 The Medium is the Message: Flags and Banners 👀

The Wende Museum
10808 Culver Blvd, Culver City, CA 90230
Apr 10, 6 PM - 9 PM — ends Oct 23, 2022
Originally used to identify soldiers in battle and ships in international waters, flags have represented large geographic territories since the rise of the nation-state beginning in the late eighteenth century. Like monuments and national anthems, they intend to create a sense of identity based on a shared past, present, and future.

Like many other governments, the communist countries of the twentieth century produced an abundance of flags and banners. They were omnipresent at military parades, sports events, and public gatherings. Apart from national flags, many organizations produced their own richly decorated flags and banners. The Wende Museum holds over 2,000 of these ornamental textiles in its collection.

However, not only the powers that be use flags and banners. Artists have repurposed flags to change or subvert their original meaning for decades, while protestors and counterculture movements worldwide have capitalized on their strong symbolic value and identity-shaping qualities. The Medium is the Message combines Cold War-era political flags from communist countries with contemporary artworks offering critical reflection on the here and now.

The exhibition also presents works by the Polish American artist Jan Sawka (1946–2012). Beginning in 1968, when he took part in mass student protests across Poland, Sawka used propaganda as a medium for artistic resistance, specifically through banners. He continued exploring this form throughout his career, especially around the collapse of communism in the Soviet Bloc when he developed monumental banner-painting hybrids on loose canvas that reflected on the twentieth-century history of Poland.
Tweet
Share