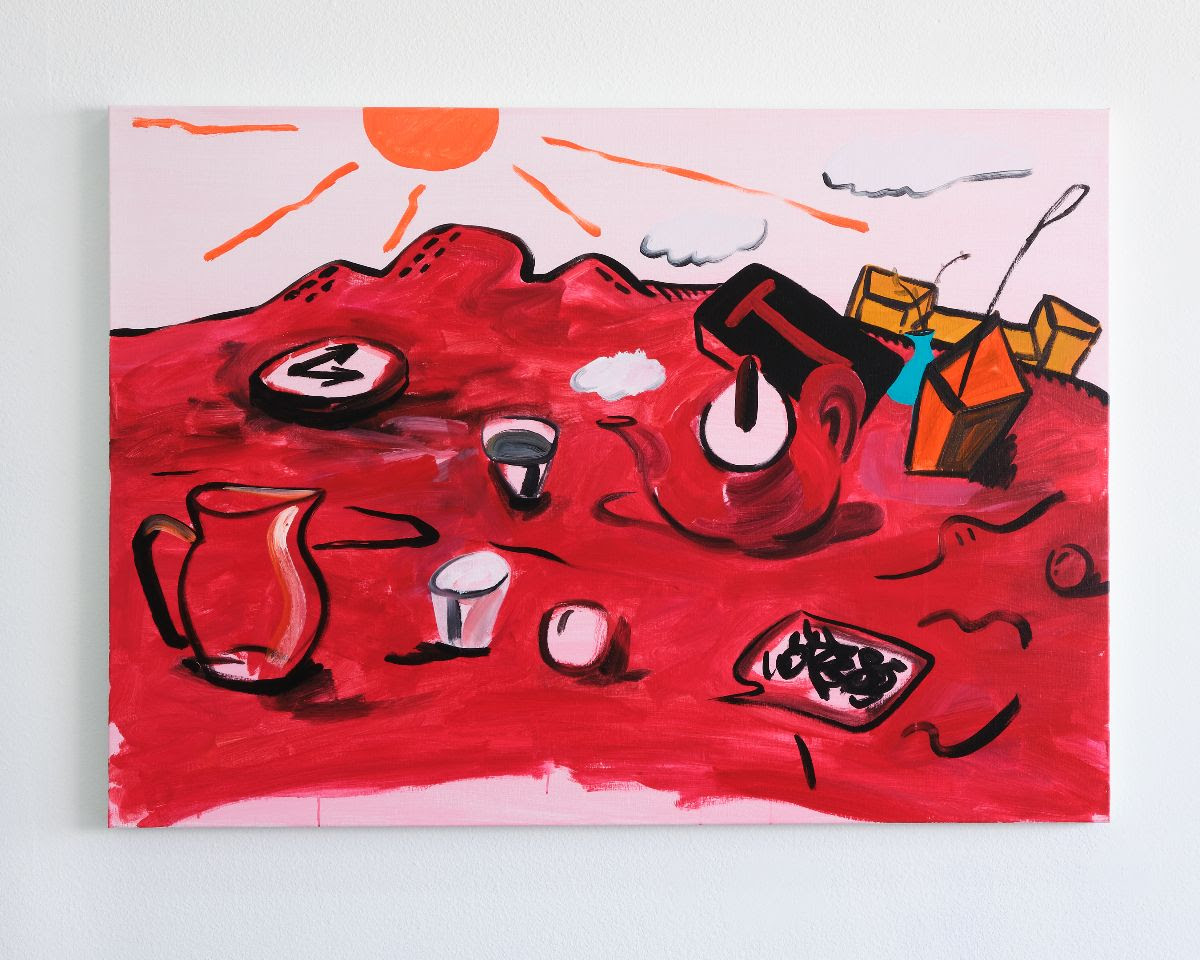 Gattopardo ✨
2626 N Figueroa St, Unit C, Los Angeles, CA 90065
May 14, 6 PM - 8 PM — ends Jul 01, 2022
Meanwhile, let us have a sip of tea. The afternoon glow is brightening the bamboos, the fountains are bubbling with delight, the soughing of the pines is heard in our kettle. Let us dream of evanescence, and linger in the beautiful foolishness of things.” —Okakura Kakuzō, The Book of Tea

First published in 1906, The Book of Tea honors the centuries-old practices of teaism in Japan and China. Its author, the Japanese scholar Okakura Kakuzō, sought to express the exquisiteness of tea preparation and ceremony in the East to Americans. Tea, to Kakuzō, embodies the finest aesthetic and philosophical ideals, put into practice by entire populations for centuries. Its enjoyment, he argued, is the Eastern gesamtkunstwerk, a total work of art.

In December of 2020, the artist Manyu Gao returned to her native China after eight years spent in the western US. Gao had become well-versed in western conceptual discourses, but felt estranged from the creative traditions of her home country, and the nation’s tea culture struck the artist as the best mode of reacquaintance. She promptly traveled to Jingdezhen, a city in the Jiangxi province that has remained the largest and most renowned producer of Chinese porcelain since the tenth-century Song dynasty. Frequenting the many markets that sell wide arrays of wares, Gao started to collect cups, plates, trays, kettles, and vases, made from the region’s ultrafine Kaolin clay. Buying them as biscuits—semi-finished products, fired without a ceramic glaze at low temperatures, despite this clay’s unique ability to tolerate a 2400-degree high-fire—gave Gao the opportunity to paint the porcelain with glazes, pre-glazes, and other pigments between multiple rounds of firing. The plain crockery became her tabula rasa, a blank canvas upon which to newly explore China through china, a polysemy that felt too propitious to ignore.

T Time at Gattopardo in Los Angeles marks Gao’s first solo exhibition in the United States. Presenting a selection of her painted, wall-mounted tea sets, in addition to several large vases, paintings, and a table-top installation, it showcases the artist’s playful, yet studious approach to contemplating the cultures of art and aesthetics in her home country. Using pigments also purchased at the Jingdezhen markets, Gao applied her background and training as a painter to these ceramics, painting bold washes and spirited brush strokes across their surfaces, in gestures that often skew calligraphic.

Many marks become mouths, daubed in bright reds and oranges; teacups and saucers, adhered to the surfaces of plates, transform into pairs of wide-open eyes with painted-on eyelashes. Teapots and painted lines alike turn into noses. The faces that emerge are whimsical, Cubistic composites of painting and sculpture, crafted from the raw material of Gao’s found porcelain. The artist shows a remarkable ability to synthesize various media and infuse a wide range of references; Gao found inspiration in Pablo Picasso’s periodic experimentation with pre-fired pottery, as well as Marcel Duchamp’s infamous transformation of a readymade, ceramic urinal into Fountain. Gao nods to the founding Conceptualist with a colorful chess board, atop which thirty-two miniature vases serve as its pieces.

Gao’s works also run the gamut between three-dimensional work and flat figuration. Three large vases—called Jiang Jun Guan, or “hat-covered jars,”, given their lid’s resemblance to a Ming-dynasty military officer’s helmet, preside over the corners of the space, their surfaces painted with swirling, verdant vistas. Nearby, several paintings flip figure and ground, depicting similar tea cups and kettles floating—frolicking, even—among lurid, surrealist landscapes. Here, the artist returns to her own traditions, working in other motifs that have pervaded her paintings and sculptures for years, brewing her own artistic tradition that has begun to bridge two worlds.