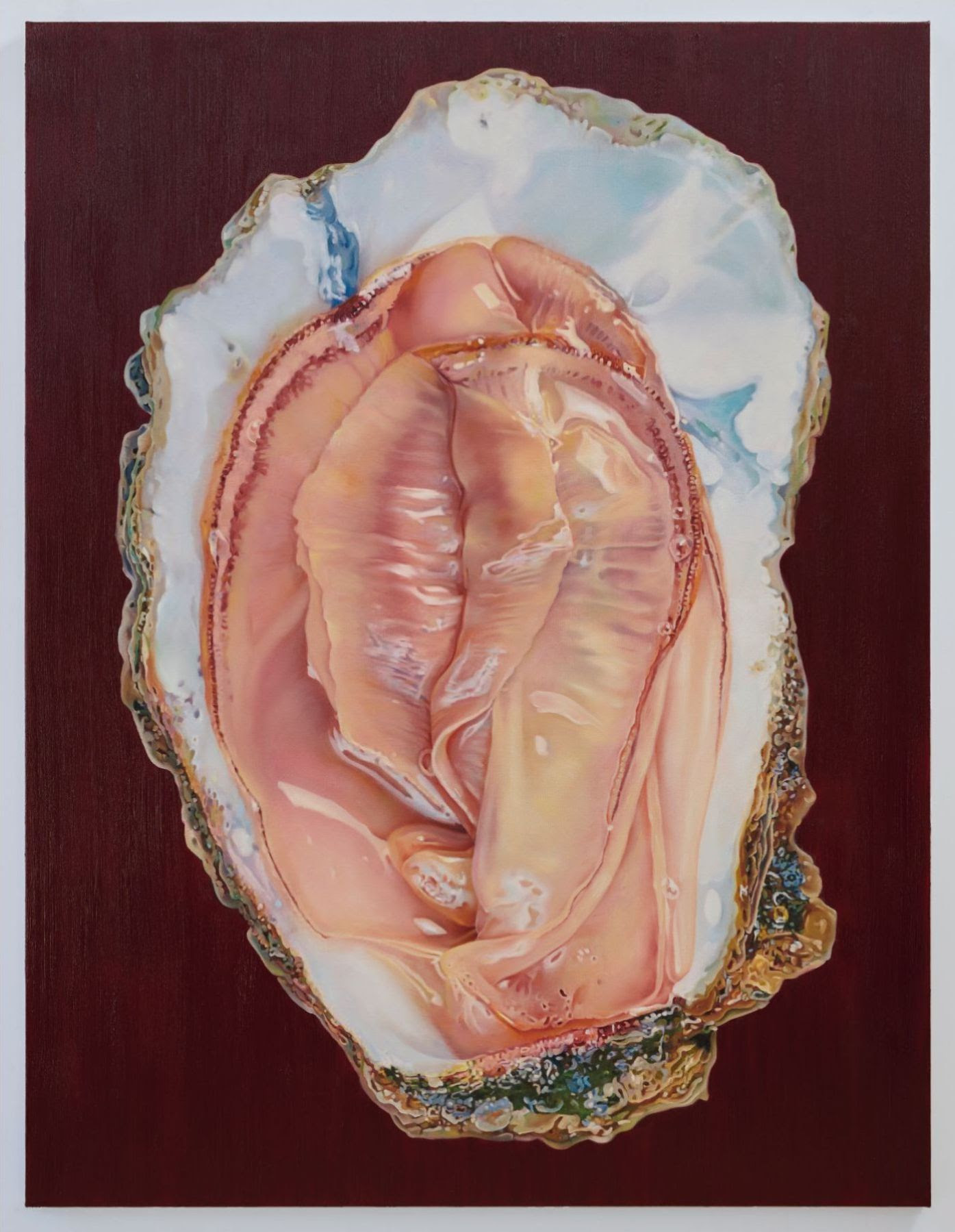 Wilding Cran Gallery ✨
1700 S. Santa Fe Avenue, unit 460, Los Angeles CA 90021
May 21, 5:30 PM - 7:30 PM — ends Jun 25, 2022
Wilding Cran Gallery is pleased to present Your Perfect Plastic Heart, an exhibition of Fawn Rogers’ aesthetic meditations on the oyster as an allegory of life and death, idolatry and empathy, eros and destruction in the Anthropocene.

Imbued with connotations of sensuality, sanctity, and invasion, the oyster has long been portrayed as a symbol of lust, pleasure, opulence, and indulgence. While these creatures are commonly considered luxurious rarities forged by nature, human intervention has subverted the organic process of their beauty and procreation. Through an exploration of ecofeminist theory and practice, Fawn Rogers harnesses Your Perfect Plastic Heart to draw upon the confluence of extinction and eroticism, violence and fragility, inherent within the dichotomous relationship between our built environment and the natural world.

In a geological epoch characterized by pandemic, climate crises, and rampant human rights abuses, Rogers dives into the seemingly contradictory forces at play within the heart of the Anthropocene, wherein the impact of human society upon the natural world is both devastating and undeniable. In an effort to break the continuum of the consumerist exploitation of natural resources, Your Perfect Plastic Heart confronts the viewer with a collection of alluring depictions of painted mollusks. The personification of the oyster serves as a form of archiving these creatures, so as to promote discussions on the violent effects of greed and the impending potential of social and environmental disaster.

Straddling the line between still-life and portraiture, Rogers’ paintings appear deceivingly photorealistic from afar, while revealing the impressionistic intricacies of the painter’s hand upon closer examination. The oscillating interplay between the representational and abstracted qualities of the paintings imbues the larger-than-life canvases with a palpable sense of intimacy and tension. Each subject contributes to a sliding scale of opalescent impact, from carnal to contained, at once beautifully coy and luridly sexual. Presented in dialogue with the varied selection of painted works, Rogers’ film, The World Is Your Oyster, brings the viewer to the edge of an ocean shoreline, contraposing images of sea life and luminescent pearls with discomfiting, yet exquisitely orchestrated shots of slicing, shucking, prodding, and ultimately, excision. As mesmerizing as it is unsettling, the two-channel video draws you in only to spit you back out, therein seducing the viewer to indulge in the simultaneous pleasure and violence of consumption.

The commercial pith of the oyster, the pearl, has been harvested for millennia. Despite being a symbol of sacred purity, the pearl’s inception hinges on corruption, manipulation, and desecration. Since first taking root in the 1960s, the ecofeminist movement has sought to subvert patriarchal ideologies driven by ethics of ownership, domination, and self-interest. The exhibition of Your Perfect Plastic Heart brings Rogers’ film and paintings into dialogue with an installation of framed oyster and sardine boxes, titled Eat You Eat Me, each adorned with painted nude figures. Provocative in and of themselves, upon closer examination of these particular works, the viewer discovers that Rogers has depicted genitalia, in lieu of characteristic facial features. In mirroring the countenance of canned sea creatures with the human body, Rogers’ exhibition draws a striking parallel between the raw vulnerability of sentient sea life and the inherent eroticism embedded within humanity.

It has been said that Earth’s oceans will contain more plastic than sea life by 2050. As inhabitants of the Anthropocene, we each play a role the destruction of our climate, regardless of race, class, or gender. By contemplating the relationship between idolatry and industry in modern society, the world of Your Perfect Plastic Heart challenges the viewer to address their own complicity in the subjugation and commodification of the natural world. In doing so, the works on view move beyond the realm of art installation into aesthetic prayer, guiding the viewer along a path of empathy and reconciliation, to a moment of internal reckoning. After all, the world is your oyster.

About Fawn Rogers
Fawn Rogers is a Los Angeles-based contemporary artist. Through painting, photography, video, and sculptural installation, Rogers addresses the idea of power as the currency of nature and human interaction, while her aesthetic incorporates realism, conceptualism, and the synthesis of text and image. Concerned with systems of the natural world and social constructionism, her art accepts nature as a full range of existence, including violence, innocence, and invention.
Tweet
Share