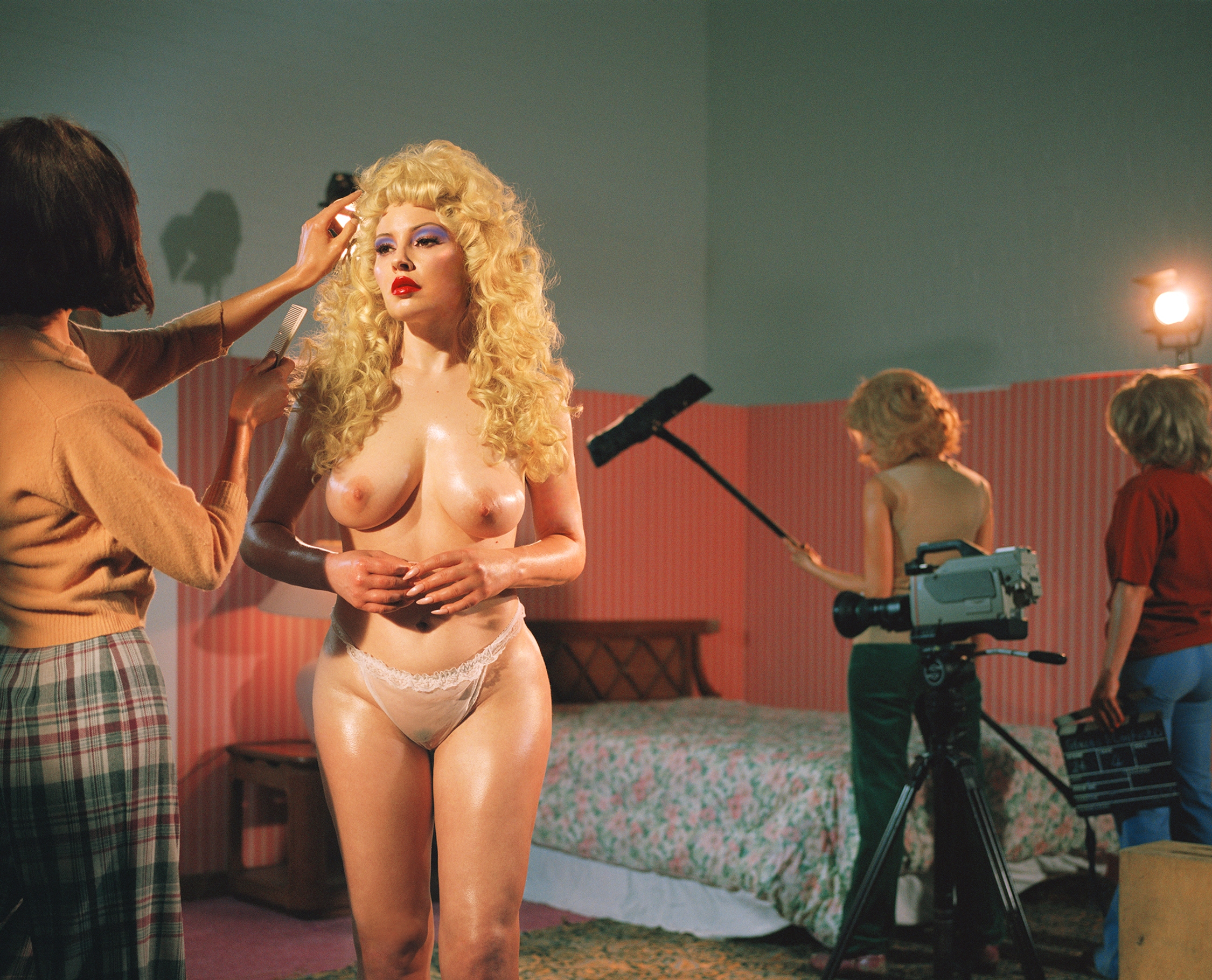 The gallery will present a thematic showcase of Cohen's photographic works from both of her sold-out monographs (Women and the recently published HELLO, My Name Is), in addition to an immersive installation featuring never-before-seen video works.

The one hundred works presented under the title Women were created between 2014 and 2020; a six-year-long project made in secret, self-funded through Cohen’s commercial work in music video and fashion photography. The photographs are narrative works, and Cohen is a storyteller with the eye of a cinematographer. In each image there is a tangible sense of events before and after the moment captured in the pictures. Jeffrey Deitch will show, for the first time, the accompanying film works in which the subjects of the photographs inhabit the scenarios of the pictures. They are presented as a triptych with three clocks above the screens; London, New York, and Los Angeles. The geo-tags remind us that Cohen is not creating a fantasy world or parallel universe - hers is a heightened, magical, fictionalized realism, but the world depicted is most definitely one we all live in.

Cohen creates the characters of her subjects before she makes portraits of them. She is drawn to models who can take on roles and play their parts, as well as subjects who have developed and created their own identities. Cohen works in much the same way with her own image. In the photographic works, everything and everyone is a creation of Nadia’s, or of themselves, or both in collaboration. And it is all true, what you see in the pictures - only it takes all the tools of cinematic, fictional creation: lighting, make-up, costume, and even prosthetics; to reveal that truth.

The photographs in Women are successful in creating an aspirational form of a relatively down-to-earth reality through their mise-en-scènes. There is a dramatic tension to the pictures; the characters have depth and the scenes have meaning. How Cohen sees and understands the world through her cinematic eye, masterfully aligns with how her subjects want to be seen and understood through their own form of self-expression.

Any evidence of struggle, suffering, boredom, alienation, desperation is dignified by Cohen’s lens and made cinematic - as if worthy of being filmed. Every setup appears to be a part of a story, and every individual could be a character in a film. These people are important, Cohen is telling us, and the lives they lead are significant.

On the surface, Cohen's second monograph HELLO, My Name Is can be considered a collection of self-portraits. But while it is remarkable that she herself is portraying each and every one of them in their varying genders, size, and age, these are not intended as portraits of the artist. She is not exploring herself. She is using herself as a tool alongside the hair and make-up, costume, and prosthetics to create them. When they exist, they are photographed alongside the still-lives of their imagined belongings. They are fictional characters further populating Cohen’s world. And in sharp contrast to the Facetune, filters, and Photoshop self-portraits of social media, Cohen adds lines and shadows, and double-chins and love handles to her subjects; coloring in the pain and loss and heartbreak of their lives. You need not be considered shallow or superficial to hold fiction as valid as fact, or to think of oneself and others as characters in a film, Cohen tells us, you just want to make sure that the film you are in is a great one.

"I say this with irony: there's more than a hint of obsession in what she does," says Paul Reubens (aka Pee-Wee Herman). "A lot of thought has gone into the creation of these people...when I look at every one of these portraits, I want to know what drew her to each of these characters. You and I can read lots of things into these people, but what does the artist know about them that she's keeping secret? Besides what she's shown us, how much more does she know that she's not telling? What isn't she giving away?"

The answer to this question can be found in the dark theater featured in the back of the gallery. Here guests will bear witness to several television monitors showcasing never-before-seen footage of Cohen in various character from HELLO, My Name Is, sharing the intimate stories and truths behind each character.

Nadia Lee Cohen (b. 1992, London) attended the London College of Fashion, where she received the highest honors in BA and MA fashion photography. Cohen's photographs and films, heavily inspired by Americana and Britain in the 1950's, 60's and 70's, are veritable visions of saturated, surreal dreamscapes. Drawing upon the duality of the female form, Cohen explores the paradoxical standoff between strength and fragility with a forceful body of work that sees strong characters shot through an otherworldly lens. As a film director Cohen has worked with Tyler the Creator, Kali Uchis, and A$AP Rocky amongst others. Commercially, she has worked in fashion with some of the world's most exciting brands: Balenciaga, Gucci, MAC Cosmetics, Maison Margiela, Miu Miu, Playboy, Schiaparelli and Valentino. She has been interviewed by Vogue and Interview Magazine, and had her work featured in AnOther Magazine, i-D, Dazed & Confused, and New York Magazine.

The exhibition space for HELLO, My Name Is was designed in collaboration with Nadia Lee Cohen’s Production Designer Brittany Porter, to create an immersive world where elements from Cohen's films and photographs become three dimensional objects that inhabit and breathe life into the space.