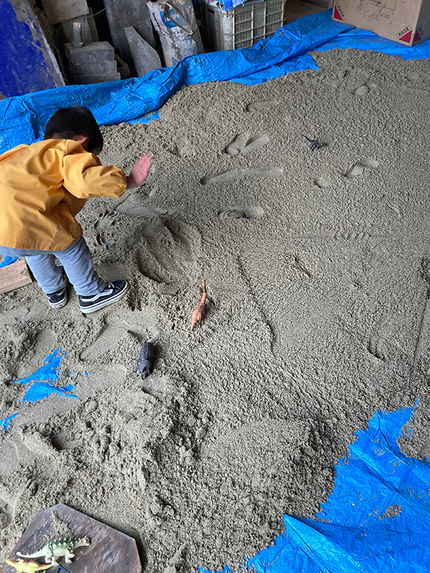 Tomohisa Obana: To see the rainbow at night, I must make it myself.

Nonaka-Hill ✨
720 N Highland Ave, Los Angeles, CA 90038
May 26, 5 PM - 9 PM — ends Jul 13, 2022
Nonaka-Hill is honored to present To see the rainbow at night, I must make it myself, a solo exhibition by Tomohisa Obana. The sculpture exhibition, which incorporates installation and performance, marks the ceramics-based artist’s first solo show outside of his native Japan, where he lives and works in the rural town of Iga in Mie Prefecture. Obana’s prior solo exhibitions have been held around the Osaka region.

In a diverse and ongoing series, Tomohisa Obana titles completed artworks Good Day to acknowledge a satisfactory relationship to his own production. It could be said that Obana approaches the material of clay as his sentient collaborator, producing artworks which connect processes of ceramic production to his or our will to express and work through our emotional lives.

It is helpful to know that, until the age of 15, Obana was raised in a Christianity structured foster care system in Kyoto. In the innocence of his youth, he had no concept of sin until such dark ideas were suggested through the Christian disciplines which circumstances required him to abide. At the same time, he felt drawn to the things of nature—such as soil, trees, forests, and cliffs. In one epiphanous experience, around the age of 10, a giant wind swept over the artist, convincing him that nature is greater than all, far more powerful than himself, any person, or culture and its ways. Though Obana had no childhood exposure to Japan’s indigenous religion of Shinto, his adult concerns have brought him and his work into close alignment with some of Shinto’s basic concepts, respect for nature’s living forces being paramount. Recognizing himself as a miniscule part of nature’s grand scheme, he has set out with curiosity, love, and respect to lead a life handling soil and wood. Obana worked for eight years in a clay shop in Nara, learned about the endless spectrum of clay and mineral compositions and, at the same time, mastered the art of wood firing.
Firing the earth is what I do.
The earth dug from the mountains is fired by burning wood until it becomes solid.
I find this simple act ever so beautiful.
My strength lies in simple techniques that I have mastered through repetition over a long period of time
My weakness lies in how I overthink things to the point where I cannot help but treat clay or fire as people, instead of materials or phenomena
I feel sorry when I dig the clay out of the mountain.
When I dry, shake, and strain the clay with water, I no longer know whether it is the soil that fell through the sieve or the sand that remains which is more important to me.
I wonder if it hurts or feels bad when I shape them.
When I fire the kiln, I fire it as if I were giving my child a bath.
I wonder if what comes out of the kiln will be able to survive in this world.
Tomohisa Obana’s artworks arrived at the gallery in a state which he calls “finished”. The sculptures are composed of white clay from Shiga which was directly rained upon for purification and stored for 30 years. Obana mixed this special clay with sand and formed a two-hundred paired cubes (Pair), ten large cubes (Ornament) and ten wall-hanging works (Graffiti) using cardboard boxes. Before entering the kiln, the forms were thoroughly dried and specially treated to maintain their whiteness. To power his kiln, the artist chose to recycle discarded wooden shipping palettes.

For each work, the artist commissioned tomobako, the bespoke wooden boxes which protect many Japanese ceramics, bearing the signature and other stylistically identifying details of the maker. Any ceramicist who commissions such boxes has effectively acknowledged that they are active within a longstanding Japanese tradition and lineage. For many of Obana’s works, the tomobako is conceptually integrated.

To see the rainbow at night, I must make it myself utilizes the whole gallery space as a production line of sorts. To display the entire lot of his recent works, the artist selected standard-issue industrial shelving. The installation conflates allusions to factory stock, archives, or a maternity ward viewing room. Obana’s newborn objects are lined up, prepared to experience (in real time) a kind of becoming In the first days of the exhibition, Obana will paint the surfaces with various mark-making tools, handmade of branches, pines and debris sourced in the California desert, characterizing them, defining them, even defiling them -- bringing them into the world. The ceramic slabs hold onto inks, paints, graphite, and crayons as - expressing growth, change and entropy - similar to how things can move through the world. For the Pair works, Obana leaves one work unmarked, offering viewers and owners of his artworks the opportunity to contemplate notions of newness and purity versus experienced, marked, ornamented. The ten wall works are aptly titled Graffiti, alluding to the impulse to express, while larger cubes are called Ornament, another impulse in culture. This organic matter, geometrically shaped and protected by boxes, exist now within the sphere of culture sphere, but the artist contemplates how quickly nature would absorb these materials back.