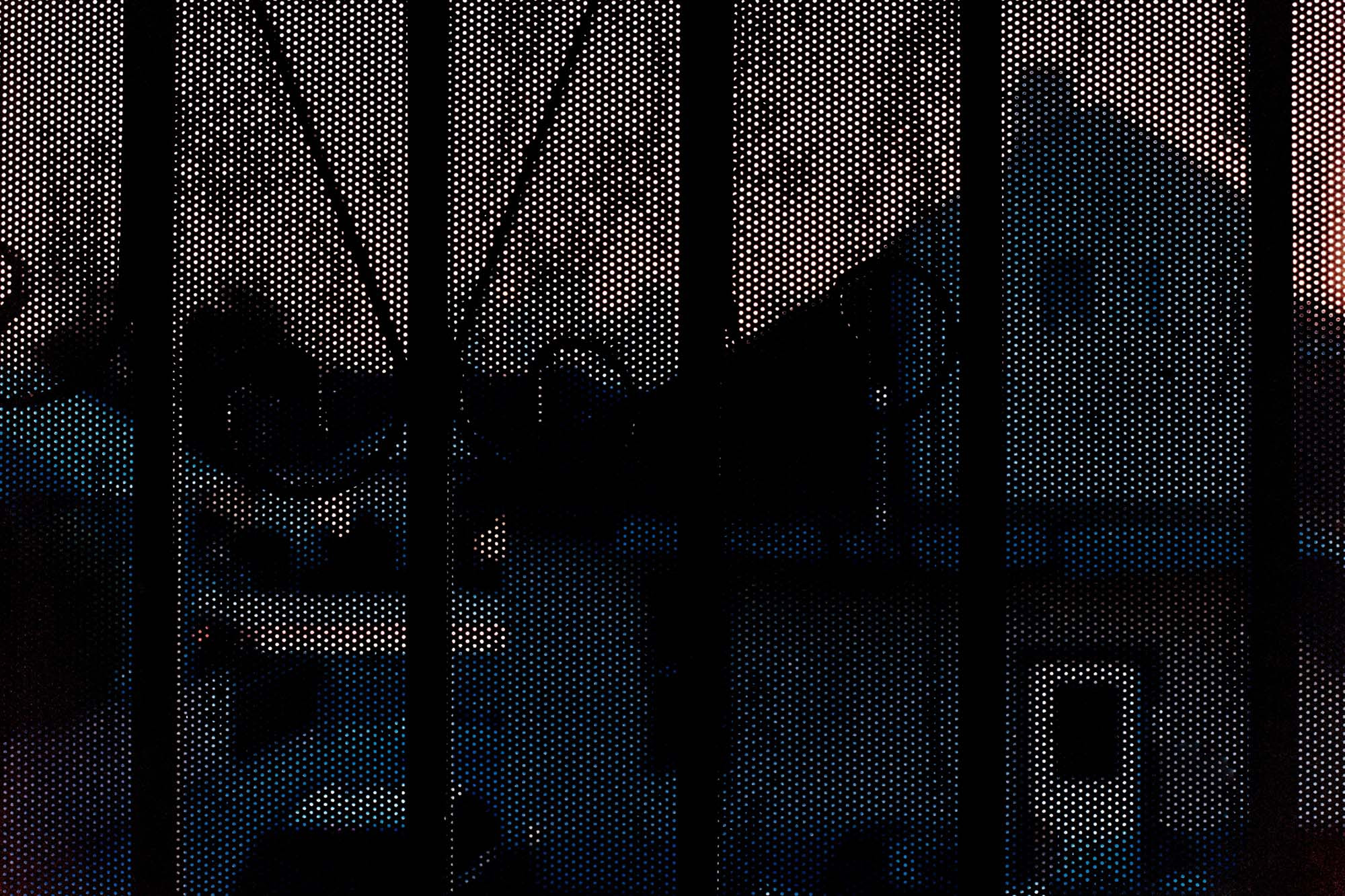 Commonwealth & Council
3006 W 7th St #220 Los Angeles CA 90005
May 28, 3 PM - 5 PM — ends Jun 25, 2022
Commonwealth and Council presents The Ownership of Onomatopoeia, Alison O’Daniel’s first exhibition with the space. An offshoot of the ongoing body of work surrounding and including O’Daniel’s feature film, The Tuba Thieves, the project touches upon concerns with access, interpolated through a rash of thefts of the titular instrument from high schools across Southern California. Like the negative space which shapes an absence, the sudden loss of a sound-generating apparatus exemplifies what—if anything—rushes to fill the vacuum left behind.

The Ownership of Onomatopoeia expands upon a brief moment in The Tuba Thieves, in which a character’s injured hand is commented upon. The character, Awet, reveals that he sliced his hand with a Japanese saw, remarking that “luckily,” it was his non-dominant hand—and he could therefore still communicate one handed. O’Daniel explores the registers contained within this incident—shifting from the everyday life of an artist and the potential threats of physical harm via tools to the specificities of Deaf reality and perspective. Moments of comprehension, displacement, confusion, and practicality, as well as, crucially, a reshifting of hearing norms of communication, are centered here. O’Daniel’s practice explores the greater matrix in which these collisions occur, revealing (or proposing) a politics of sound that is defined as much by its absence as its excess. An area rug affixed with acoustic underlay (both materials which “swallow” sound) in the shape of Awet’s arms illustrates this precarity of language in the exaggerated and persistent silhouettes of saws and blades that adorn the carpet as well as the gallery’s ceiling.

In working with sound by working around it, O’Daniel forces the audience to navigate sound the way Deaf/Hard of Hearing people may be more accustomed to. Transducers placed in the gallery walls cause them to vibrate and rattle at the same frequency as airline flight paths from LAX—a long-contested source of noise pollution in surrounding neighborhoods—expressing sound tactilely, somatically. These qualities are no more apparent than in the phenomenon of the sonic boom, in which an object such as a jet’s speed exceeds that of sound (what is known as breaking the sound barrier), causing the pressure accumulated in its wake to manifest visually, essentially eliding the categorical and sensory divide between hearing and Deaf. O’Daniel has wallpapered the gallery space with a collage of images of jets breaking the sound barrier and stills from The Tuba Thieves depicting a character reminiscing about a childhood injury received in the aftermath of a sonic boom. They casually discuss this moment in which sound becomes felt and seen, not only heard, therefore breaking the sound barrier discursively as well.

Instances of sound segregation are scattered throughout the gallery in the form of film captions from The Tuba Thieves excised from steel slats. A term coined by O’Daniel, “sound segregation” describes inequities in access to sound or safety from sound, wherein precarity can be manifest in ways ranging from airport-adjacent communities being denied access to soundproofing (and thus air conditioning) to the Deaf and Hard of Hearing fighting for access to language. The captions include the incidental yet obligatory harmonies of birdsong and construction noise, acknowledge the risk of hearing damage faced by day laborers who operate leaf blowers, and articulate the way sound travels, propelled like debris by the Santa Ana winds. There is a cycle of hearing, wounding, gaining, and depriving that skirts the edges or defines Angelenos’ day-to-day experience. The topography of Los Angeles owns an intimate onomatopoeic language. Its expansive, rolling landscape throws a smooth auditory whooshing sound. The mmmmmhhhhh in the constant rush or crawl of traffic and the shhh-aaaah rhythm of waves breaking, for example, are twin sounds, sometimes hard (for O’Daniel) to tell apart. The history of sound segregations is deeply embedded into the city through the design and mediation of sound and experiences of sound. These choices declare an ownership over space and air, how sound travels through these substrates and who is allowed or obligated to hear it. Onomatopoeia appears a symptom of sound, another transposition—but O’Daniel’s works make us consider that sound is a symptom of larger economies of access, containing within it spectra of experiences that exceed the auditory.

Guadalupe Rosales: East of the River

Like a hall of mirrors or a hub of portals, East of the River beckons to us from in front of a series of gateways, the thresholds of Rosales’ nocturnal forays into her native East Los Angeles. Under cover of darkness, the night becomes revelatory as it is obfuscating. Here, freedom, fear, safety, and nostalgia intermingle, overlap, and collapse. Rosales underscores and reclaims the subjectivity of the archive—who determines how the past is presented and preserved. Her projects Veteranas and Rucas and Map Pointz assert community-sourced and motivated histories via Instagram, sharing and enshrining experiences of Latinx women and youth from the 1980s and ‘90s. East of the River offers landmarks of Rosales’ own experiences, enigmatic, exploring a poetics of denizenship and the ways in which memory, experience, and sentiment occupy and create environment.

The fuzz and noise of a metal screen door veil a neighborhood view like the moiré of a CRT screen, perhaps a metaphor for the action of nostalgia, superimposed on top of some assumed “reality.” If one took a step back, the honeycombed micro-grid would fade back into legibility, but Rosales foregrounds the distortive screen and the way night and light conspire to lend a painterly wash over the scene, like the haze of remembrance. A similar mesh disrupts the slick surface of a vertical mirror upon which Rosales invited family members to etch the names of friends and relatives in a collective memorialization of those deceased or absent. Bringing to mind the trickiness of memory, impossible to wholly grasp or perceive, the hand-etchings fade in and out of view, fugitive responses to light and interference yet indelibly present all the same. Like echoes in the dark, these portals gesture to a missive from the past, guiding us toward the future.

History and memory surround us, house us the way a building provides shelter or constricts and cages. What reminiscences are roused upon re-treading familiar paths? Cities grow, breathe, and change as we do, yet throughout, vast sediments of cultures and residents remain. Rosales’ pictorial excavations point toward these ambient ghosts: a mural of Smurfs, graffitied and painted over, one Smurf’s face inexplicably blued out in a literal defacement (a blotch of paint that recalls violence, disruption); secret codes, tracks of ghosts like the glancing beam of an unseen car’s headlights. While Rosales’ mirrored lightboxes can be seen as time-traveling portals, her photographs posit that portals to the past exist in a theater backdoor, or a strip club, or the undercarriage of a lowrider propped up like a beast at rest—but only if you are in the know. What she presents is a secret passageway, but withholds the password, if one even need exist.