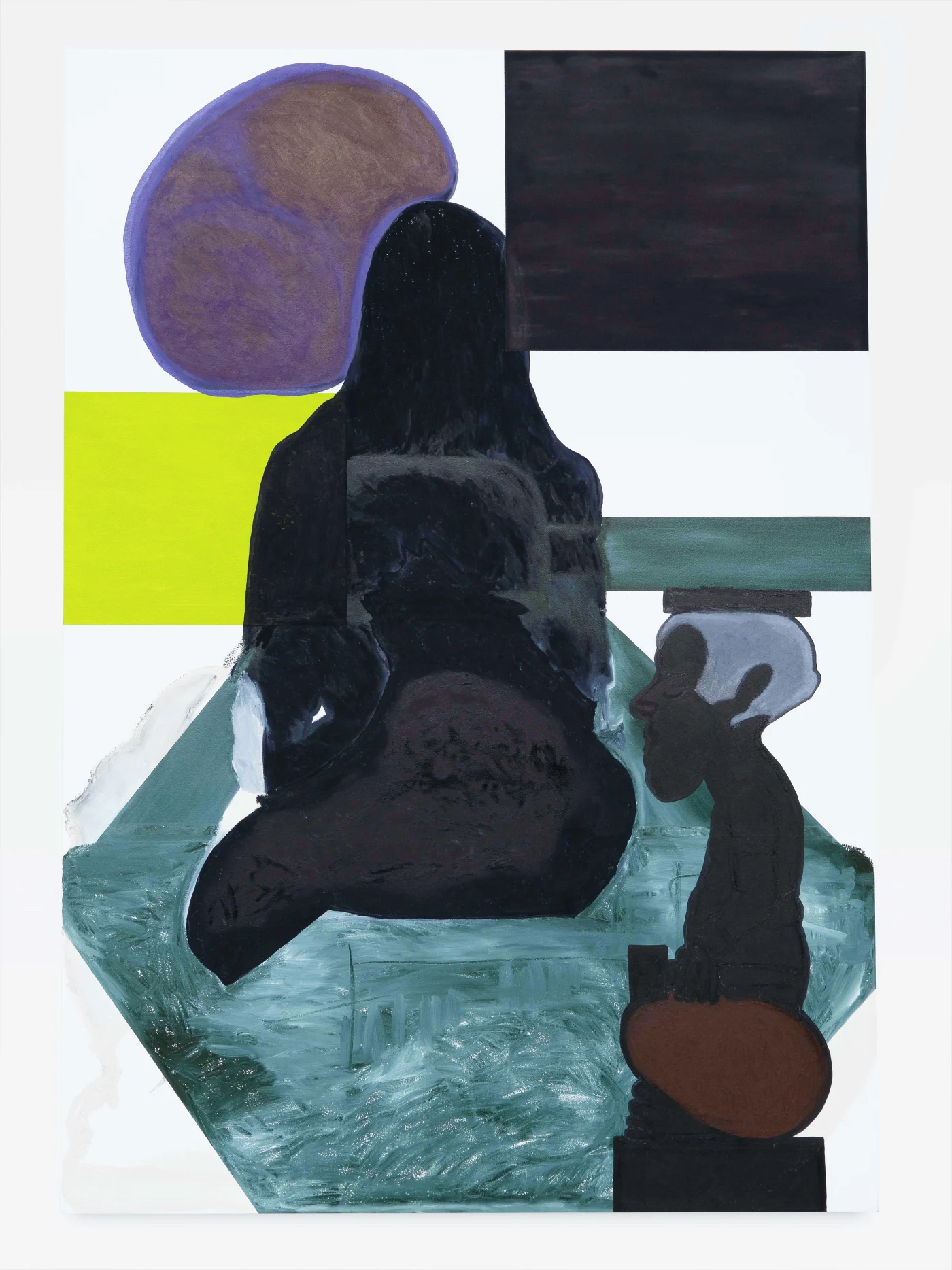 Sebastian Gladstone ✨
944 Chung King Road, Los Angeles, CA 90012
Jun 04, 6 PM - 8 PM — ends Jul 16, 2022
Sebastian Gladstone is pleased to announce a solo exhibition of new paintings by Los Angeles based artist Omari Douglin (b. 1992). The exhibition will open on Saturday, June 4th with an opening reception from 6-8pm, and run through Saturday, July 16th. Douglin is a figurative painter and sculptor who specializes in bringing forth the kinetic energy between forms, and explores the relationship between fantasy and reality through abstraction. Douglin finds interest in cultivating dialogues between figure and space to investigate the ongoing conversation of painting politics, while simultaneously merging the lines between visual reality and an ethereal state of mind.

Through his technical use of oil paint and attention to detail, Douglin marries the relationship between figure and abstraction. He begins by using abstraction as his foundation, with definitive mark-making and a strategic use of color to occupy space. Douglin’s technique with color, varying between deep stark tones to light strokes with fluid movements, contributes to the importance of how identity relates to color. The artist enjoys using the color brown because of its diversity, range, and the significance of bringing brown to the forefront. The color corresponds directly with its relation to the black identity, and highlights Douglin’s diverse methods to display black representation.

Douglin’s figures highlight the nuances of relationships and the playful nature of his practice. The artist often uses cartoon inspired characters in his work, which brings forth a sense of nostalgia and exuberant energy. The nostalgia emanates from the formidable years of our youth, and the psychological places of our imagination that pushes the boundaries of our reality, and enables the viewer to question the truth about adulthood.

Omari Douglin focuses on creating work that transmutes energy, with enough figurative dialogue and abstract foundation to understand the message. With his figurative touch and neo-expressive style, Douglin paints important fragments of his mental and cultural identity. His work aims to create space for emotion, movement, and the possibility that reality and fantasy are one.

There is a sense of rebellion in Omari’s work, a defiance towards the standard of representation and the concept of reality. Douglin’s practice challenges the viewer to dig deeper into the confines of one’s psychological perception of normality. His work not only speaks to his artistic journey, but to his personal beliefs to, “Be patient, stay true, and learn with a sense of conviction. Don’t follow anyone else’s rule book."