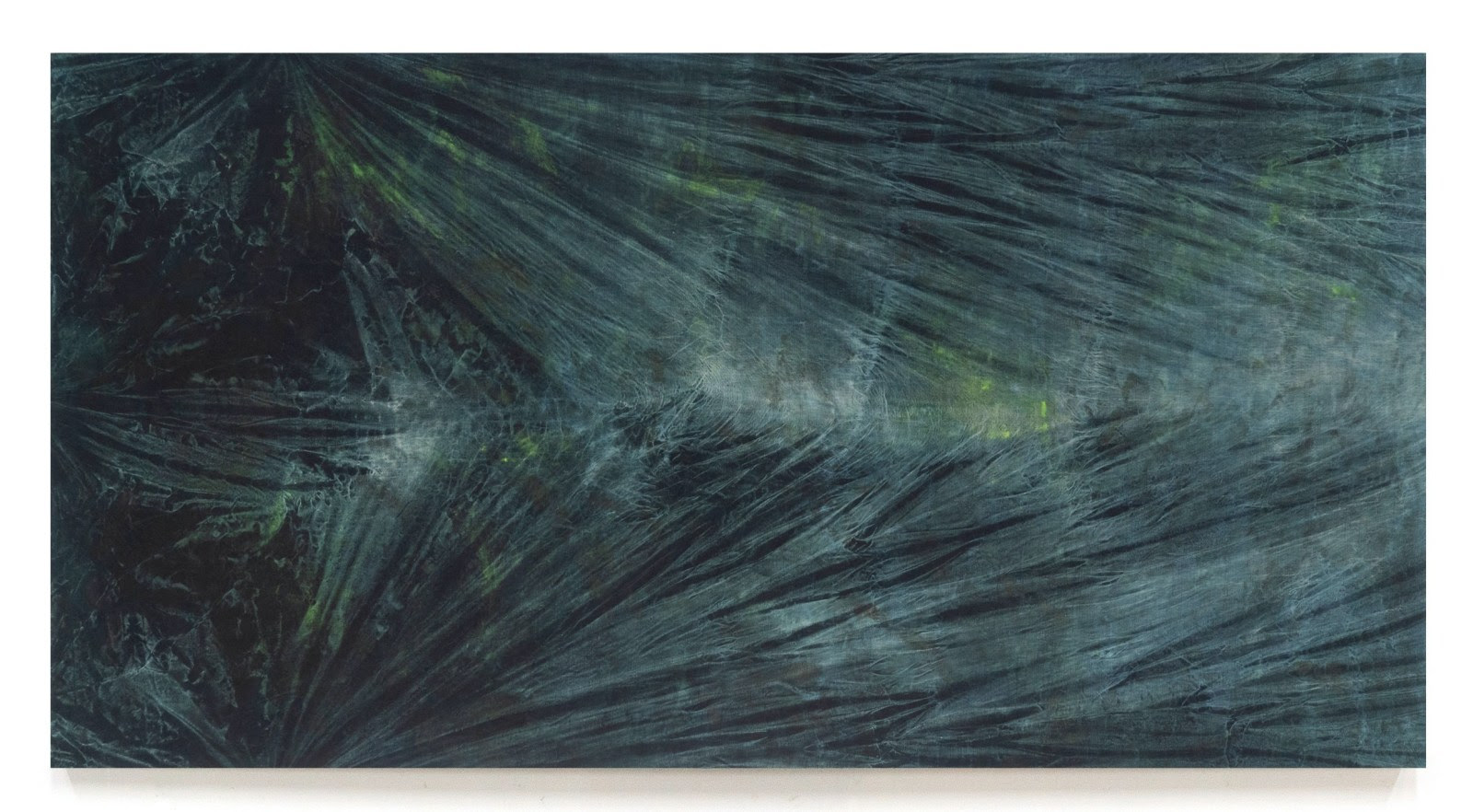 Cole Sternberg: departed for the curve 👀

Praz-Delavallade ✨
6150 WILSHIRE BLVD, LOS ANGELES CA 90048
Jun 11, 6 PM - 8 PM — ends Jul 23, 2022
Praz-Delavallade is pleased to present departed for the curve, a solo exhibition by Cole Sternberg and his first-ever at the gallery. Featuring a selection of the artist’s new and never-before scene painterly works on linen, the exhibition considers the place of humankind against the environment’s scale and eminence, hinting at the ill-fated and self-inflicted demise of our species as the earth takes itself back—as seas rise and paradigms shift.

In alluding to oncoming change, the exhibition’s title also suggests a rather unexpected willingness to embrace the unknown. Ruminating on its signification, Sternberg asks “What is a curve? Is it a turn on a mountain pass that faces vast splendor and yet touches mortality? Is it the subtle curvature of the earth seen on a distant horizon? Is it east of Eden or maybe west? Is it individual or institutional? A peak becoming a valley? Are we destined to slip from the road, determined to face our reveries?”

The works on view continue this meditation and draw upon similar scenes, those of mountain ranges and mystical valleys, rocky outcroppings, idyllic pools, flora and fauna, but some of Sternberg’s canvases also possess a darker undertone that speaks to the relation between human actions and their impact on the natural environment. Vintage imagery of urban spaces, massive crowds, cars, oil rigs, and advertisements are overlaid with subtle washes of watercolor, blurring and abstracting otherwise recognizable compositions. The resulting effect thus foregrounds scenes of life that only vaguely come into view within Sternberg’s foggy, washed out universe—as the canvases vacillate between realistic imagery and deconstructed environmentally-affected abstraction.

By embracing the simultaneously destructive and regenerative forces of the Earth as a collaborator—wind, sand, sun, water—Sternberg allows his own painterly mark-making and the images presented in his compositions to lose cohesion and deteriorate into semi-obscurity. This process of erasure that can be seen in and flock to the headwaters of the Merced and Tuolumne, 2019 is, for example, aided by the ocean, through which the artist often drags his linen canvases and in which his compositions break apart like light fracturing through water.

In contrast of such natural processes, Sternberg also power-washes some of his canvases, such as they are probably thinking other people's thoughts, 2022, employing an intentionally aggressive action that serves as a counterpoint to the gentler, natural flow of the ocean. Both processes, however, cause the symbols of humanity that the Artist includes in his compositions to disappear and be replaced by the earth’s patterning of clouds and light and water and ash.

A triangle cut through one of the gallery walls, which may evoke a sail, leads to an immersive environment in which plays the artist’s film titled the sea, the swallows, the machine room (2015-2022). As a performance-driven translation of the same themes explored in his canvases, the film possesses a distinctly painterly affect and makes the viewer take note of a certain cinematic quality in his canvases. After processing the rather existential narratives at play in the film, as well as the exhibition, one may be left questioning the status of our human presence in a space as ethereal as a dream. Even though, as Sternberg indicates, we may have departed for the curve, hope persists amongst the wave of oncoming change.
Tweet
Share