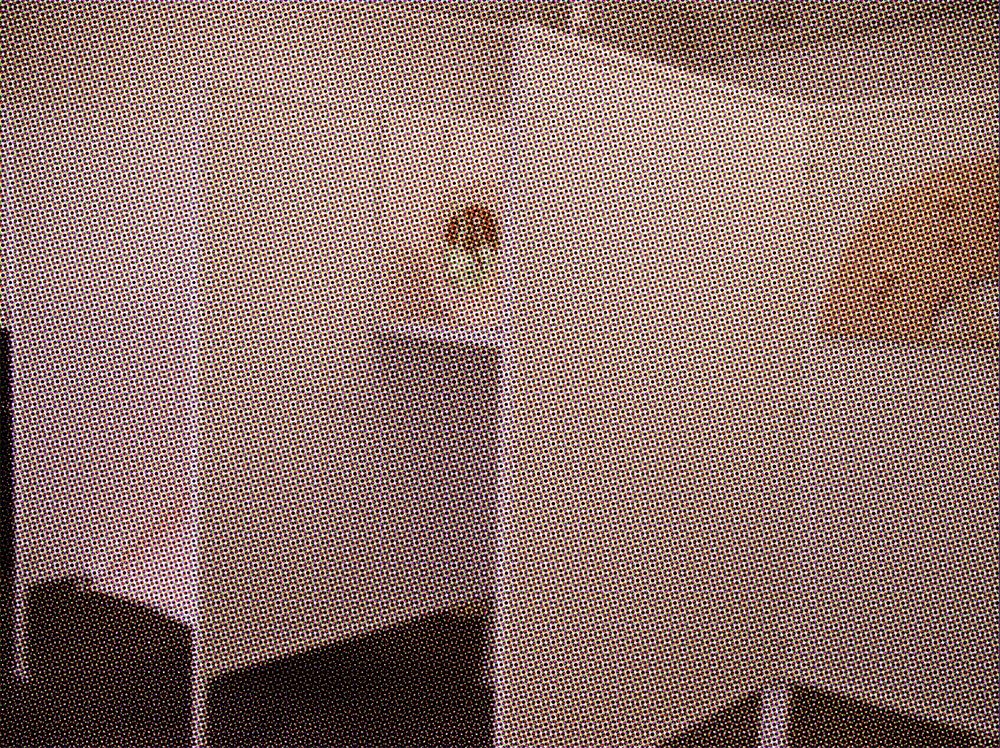 The Magic Hour No. 7 Shirley Tse

Like decommissioned weapons in the nearby military base in Twentynine Palms, the booth structure that housed six of Shirley Tse’s sculptures in the 2004 installation Inter-Mission will be decommissioned and “freed” at The Magic Hour No. 7. Once a structure with partition walls that conjure up images of bathroom stalls or voting booths, or exhibition booths, its function is now released and its architecture is laid bare to become interlocking two dimensional lines.

Another work in the exhibition, placed against the backdrop of a water tank painted with the giant letters “Be Water Aware”, is a partially buried sculpture, Instant Archeology, 2006. Reminiscent of a 9 foot long ice core sample, the piece is made from polyethylene foam with post-consumer recycled plastic.

Tse represented Hong Kong at the 58th Venice Biennale. Her work is featured in many articles, catalogues, and other publications including ‘Akademie X: Lessons in Art + Life’ (2015) and ‘Sculpture Today’ (2007).

Tse received the John Simon Guggenheim Memorial Foundation Fellowship in 2009 and has been on the faculty at California Institute of the Arts since 2001, where she held the Robert Fitzpatrick Chair in Art from 2018 to 2021.

Her solo exhibition will open at Shoshana Wayne Gallery on June 18, 2022.

For directions to The Magic Hour, please contact the.magic.hr@gmail.com.

The structure will be open to the public from sunrise to sunset between Saturday, July 2nd to October 15th, 2022.
Tweet
Share