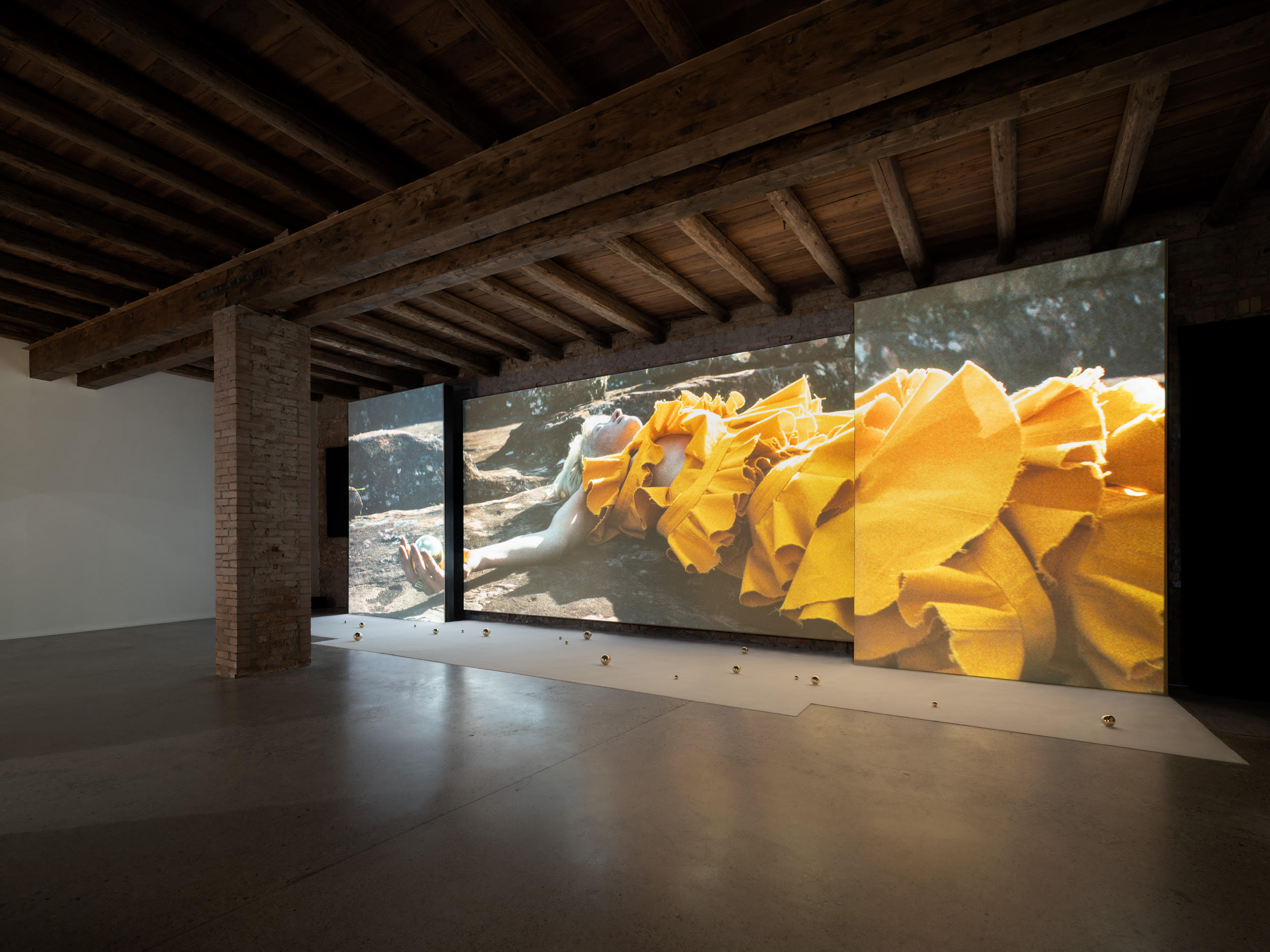 Kohn Gallery ✨
1227 North Highland Ave Los Angeles, CA 90038
Jun 25, 5 PM - 9 PM — ends Jun 25, 2022
On June 25, the gallery will host a double-screening of the film Liquid Light, the central film in the multi-screen exhibition and installation by the same name, currently on view as a Collateral Event of La Biennale di Venezia, Biennale Arte 2022. As part of the night’s program, the artist will give a special introduction and insight on the exhibition presented at La Biennale di Venezia. Albuquerque is joined by Nicole McDonald, the editor of Liquid Light and one of Albuquerque’s collaborators, and Elizabeta Betinski, curator for Liquid Light at the Biennale and director of bardoLA. The night will feature two screenings, the first at 5:00 pm followed by the final screening at 7:00 pm. A celebratory reception for the artist is set to take place in between screenings.

Liquid Light is the second film in a trilogy surrounding a story, created by Albuquerque, about a 25th-century female astronaut who descends to planet Earth to spread interstellar consciousness. In the 27-min narrative film, the female astronaut transmits an otherworldly knowledge across the planes of the celestial and terrestrial. Mirroring the threshold state in which humanity finds itself today, Albuquerque’s heroine is likewise caught between light and darkness, unable to avoid a metamorphosis triggered by her initial failure to communicate the poetics of Cosmic harmony to Earth’s inhabitants.
Tweet
Share