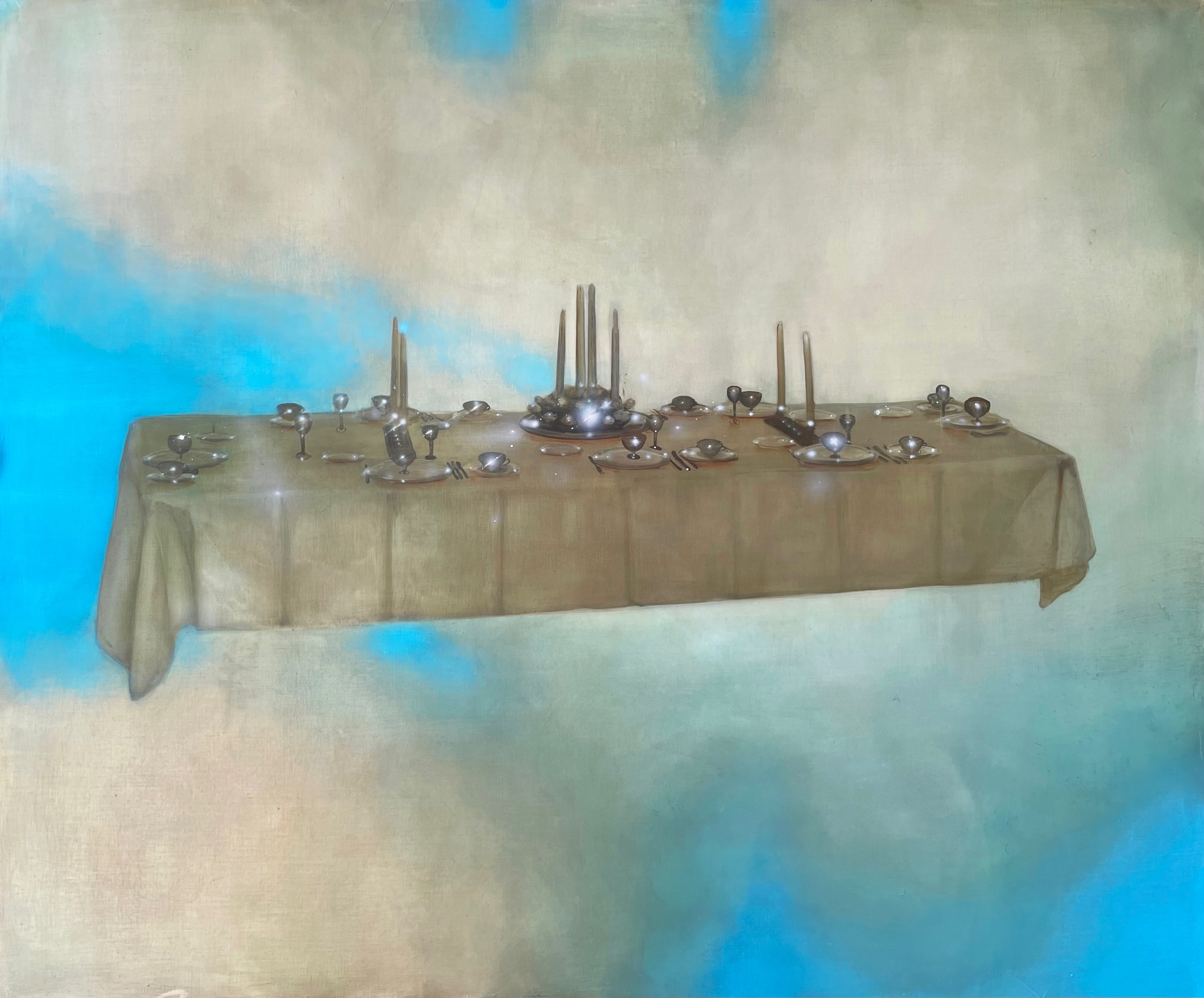 Nicodim Gallery
1700 S Santa Fe Avenue, #160, Los Angeles 90021
Jun 25, 5 PM - 8 PM — ends Aug 13, 2022
The light switch is Emperor over a windowless room. You grasp at the wall for it, praying not to crack a shin or smash your head. In the absence of power there is blackness. Shapes and figures may or may not exist under its cloak, scale and depth are a mystery. You find the switch, and with it, clarity. You’re in a large, extravagantly set dining room. No one has been here for years, decades, but you’ve visited before behind closed eyelids. Now flip off: blackness again. Now flip on: the dining room. Now off-on-off- on-off-on-off-on-off-on and so forth, until the forms and silhouettes merge with the unknown, and new, familiar characters assert themselves in the in-between: a dog, a horse, a bird, a shell.


LOW VOICE OUT LOUD, Rae Klein’s first solo exhibition with Nicodim, is a series of personal and biographical portraits of traumas and delights blended together when the power flips on-off-on-off, etc. Each canvas is a window from a perspective that switches between omnipotence and weightlessness at a moment’s notice. In “Burn to the Ground,” a silhouette foregrounds a candelabra, inversing the relationship between shadow and cave wall and exposing its very source of light. “Glass Pony” depicts a pony-shaped portal between the viewer’s perch and a constellation of nearby stars. “In the Highest House in the Whole City” is an aura-Polaroid of the surreal and the sublime. These are the quiet moments between darkness and light, the low voice sung out loud.
Tweet
Share