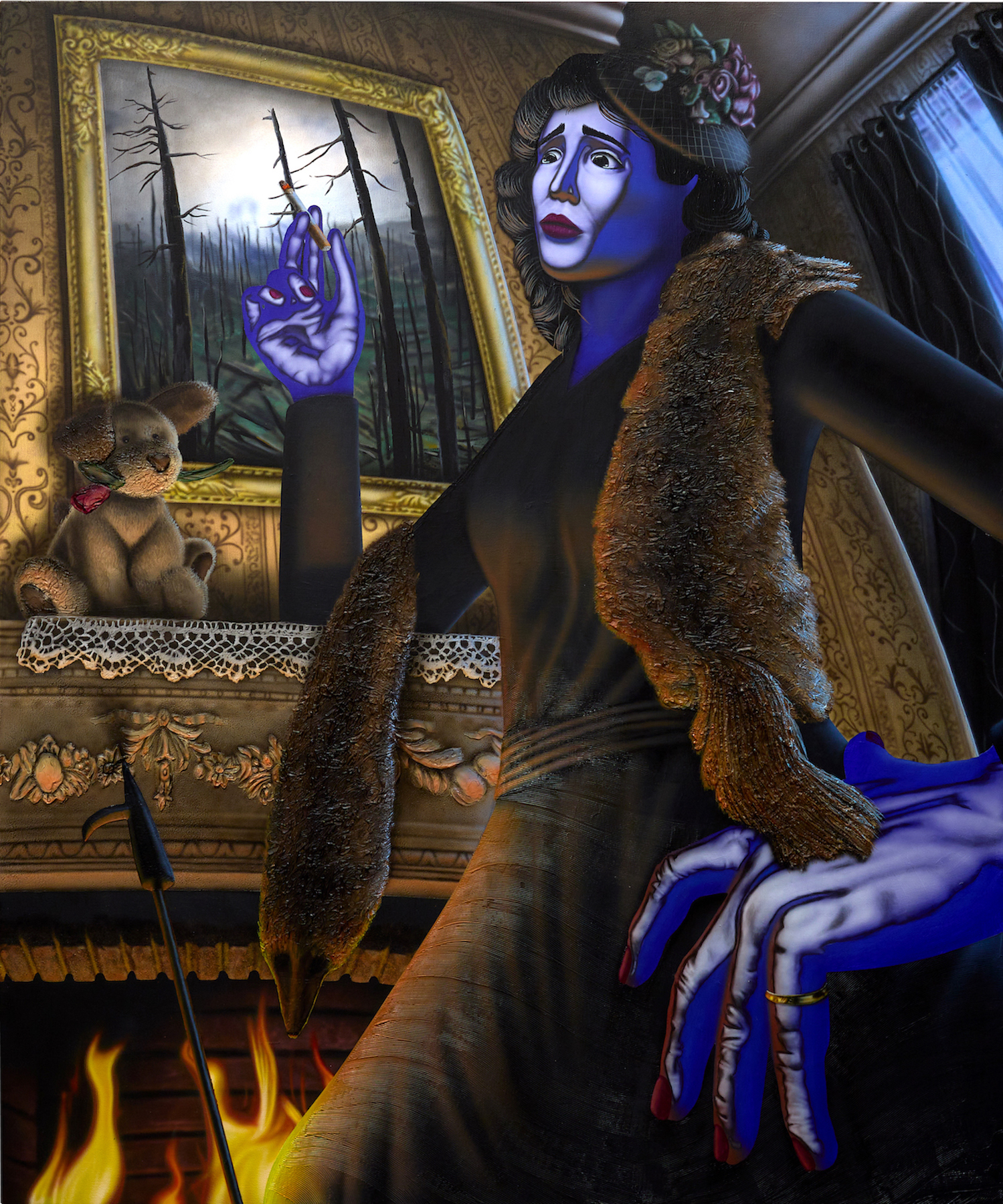 My work has always drawn inspiration from the cinema. I originally pursued degrees in film and finance before ultimately deciding I enjoyed creating images within the solitude of painting. Whether it be through the compositions, archetypes, or the manipulation of space with various "lenses" and perspectives, the paintings are always grounded in a cinematically heightened view of the world. Through this show at Richard Heller Gallery, I'm directly analyzing this inspiration by exploring cinema’s adolescence in the iconic world of mid-century cinema.

The work utilizes the logic of cinema from this time and translates it into the contemporary era of image making. The paintings take what were once flat, black and white wide angled shots, and recontextualizes them into highly saturated, more dynamic and whimsical compositions. Within the paintings I can stay within the language of the time period, while also being able to correct and even overcorrect its technological drawbacks through digital tools and modern compositing software. While the work updates the imagery associated with this time period of cinema, it also pays homage to the ways films of this time have stayed beautiful. For example, the emphasis on form through its black and white dynamic value ranges created from the harsh directional lighting, which was needed for the apertures of the time to capture the scene. A great sample of the striking imagery associated with this lighting is the work of Alfred Hitchcock. Beyond the formal goals of the paintings, the work also explores characters and archetypes of the time in a way that is both autobiographical and in dialogue with contemporary sentiments. Take for instance the case of Mankiewicz’s 1947 “The Late George Apley”, which stars Ronald Coleman in the role of George Apley. The story follows George, a Bostonian Aristocrat having to cope with a changing world and learning to deal with the fact that neither of his children will be marrying into the Bostonian aristocracy like he originally wished for them. His success or failure to accept the new way of things becomes the driving force of the narrative. The story is laden with personal and current parallels. Through the paintings, I can resurface George’s character both formally and allegorically into a contemporary context while also paying homage to the cinematic foundation within the work.

Carter Flachbarth (b. 1996) received a B.F.A. in painting from SCAD in 2020. Flachbarth’s first museum exhibition, entitled Morality Sucks, at the SCAD Museum of Art, Savannah, GA [LINK], ran from December 30, 2021-March 27, 2022. Artsy recently named him as a “Noteworthy Newcomer” at Untitled Art Fair in Miami.

Flachbarth’s work was recently shown in Richard Heller Gallery’s group exhibition, Satellite of Love, in its booth at EXPO Chicago, 2022, and as a solo exhibition booth at Marfa Invitational, 2022.

Flachbarth has exhibited nationally and internationally, and his work has been included in various publications including Forbes Italia with a forthcoming interview in the summer issue of Juxtapoz Magazine.
Tweet
Share