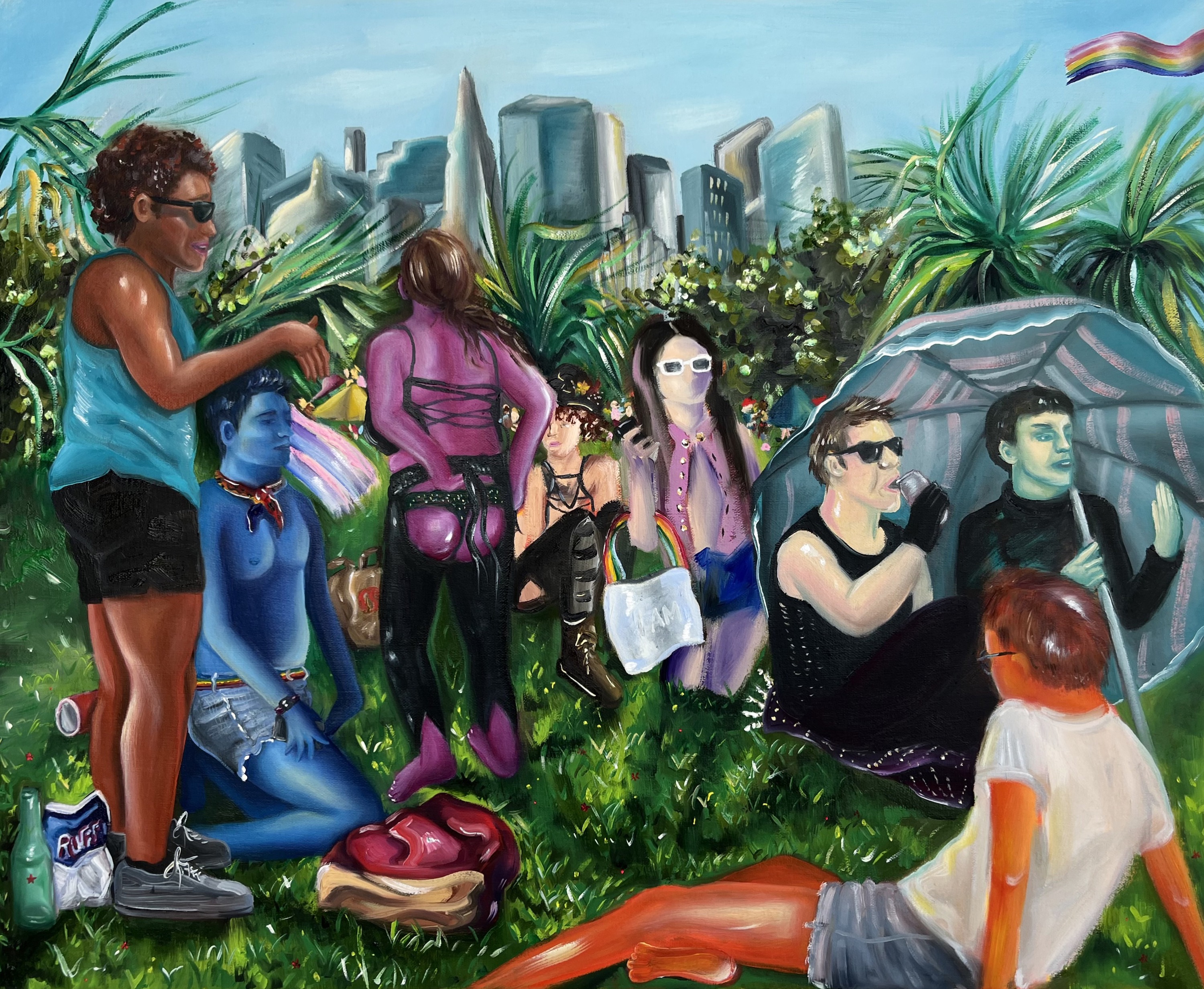 Another Day in Paradise

'Another Day in Paradise' is a mantra, a reminder. It is a replacement for the truth, an interpretation of existence which resituates self-awareness underneath positive thinking. What is philosophy, but lengthy approaches to self-help? What is art, but a practice which engages the world within the artist’s own terms? The functional distinction between motivational posters and objects of contemporary art is not as drastic as might be initially assumed.

Linguistically, the term paradise derives from old Iranian, meaning a walled enclosure, a fertile garden. A garden of earthly delights would not be a stretch. There is an irony in the use of the phrase, as covering up the truth means erecting walls to keep others separated from what is really going on inside. Modern referrals to Bosch’s infamous triptych as such emphasize Eden, the Last Judgement, and the terrestrial realm as a single continuous plane; all are included in delight.

The artists in 'Another Day in Paradise' make use of the visual medium to transform the world around them into an altered space, sometimes idyllic, sometimes satirically evolved. This is a metamorphosis of the terrestrial into the celestial, captured pictorially, sculpturally, or in passing.
Tweet
Share