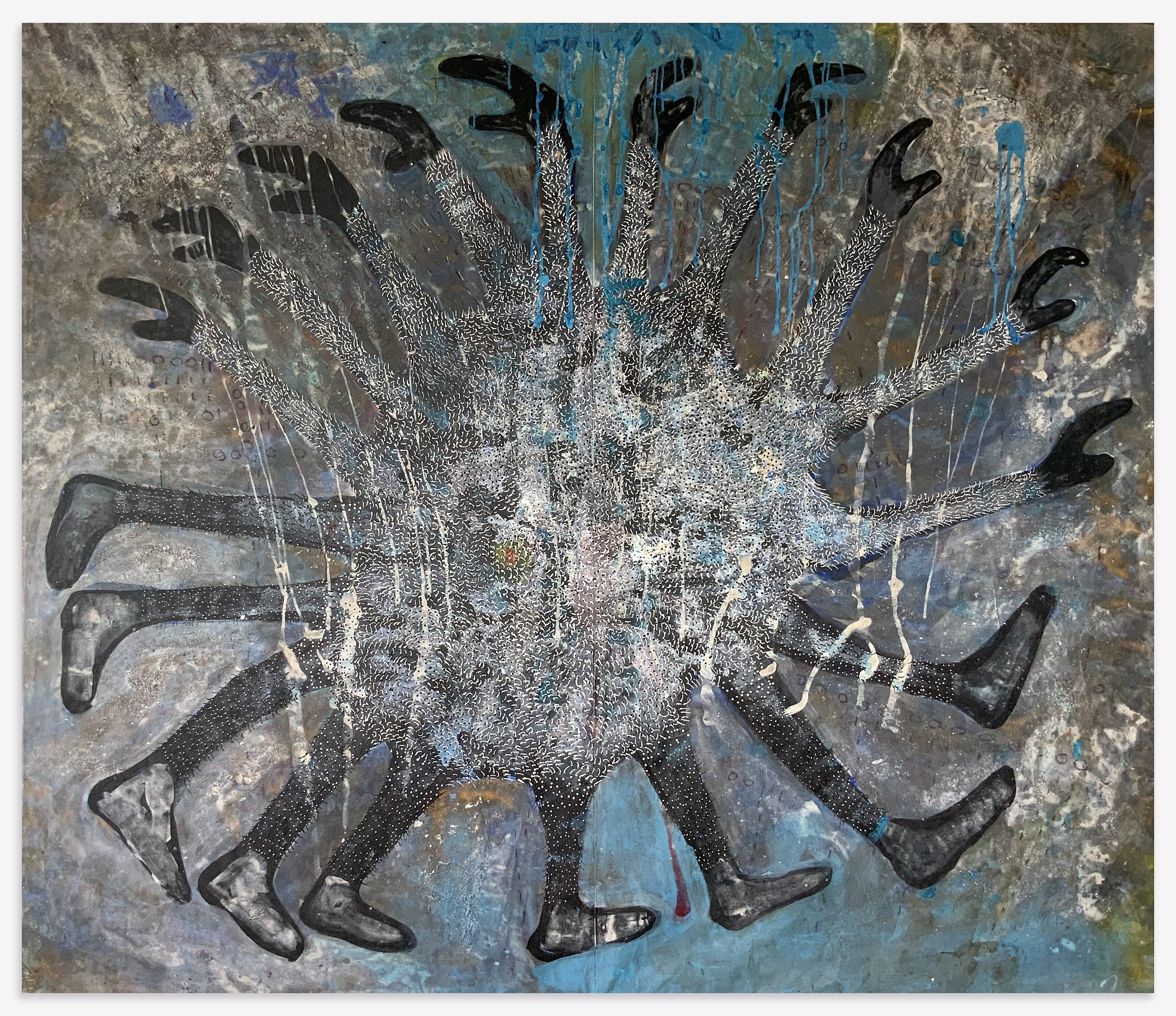 Anna Zorina Gallery
734 East 3rd Street, Los Angeles, CA 90013
Jul 16, 6 PM - 8 PM — ends Sep 10, 2022
Anna Zorina Gallery Los Angeles is pleased to announce Moussa Traoré’s debut US solo exhibition, Primal Visions. The exhibition features fourteen acrylic on canvas paintings that explore the mystifying connection between human beings and nature. Born into a West African ethnic group known as the Bambara, Moussa was immersed in ancestral rites from an early age. The belief that spirits may manifest as animals is a key component of traditional Bambara worship. The artist's exposure to these customs throughout his upbringing has influenced his artistic practice.

Traoré explores the primal foundation of life through his intuitive approach to the process of painting. His expressive application of medium allows the paint to spill and drip. The images are cast upon canvas to capture impulsive gestures and raw emotion. Traoré’s training in diverse materials influences his methodology of using color. While the artist’s approach to painting is simple and uniform, the layers of details he includes produce an effect that draws the eye in for additional exploration. The figures in his paintings are a mix of zoomorphic and anthropomorphic forms. He emphasizes the animalistic side of human life through the rhythmic prickly hairs or quills protruding from the skins of his figures. These embryonic animal-like forms appear both personified and ethereal. Traoré’s work emphasizes the spirit and the energy transmitted through figures creating a sense of transcending materiality.

Moussa Traoré (b. 1988, Sikasso, Mali) lives and works in Bamako, Mali. Traoré received training in traditional craft forms from the National Institute of Arts (INA) and the Conservatory of Arts, Balla Fasseke KOUYATE of Bamako (CAMM-BFK). During this time, Traoré developed his practice alongside mentors such as the founder of the artist collective L’atelier Badialan, Amadou Sanogo, and its director Abdoulaye Konate. Traoré also studied under masters Ludovic Fadairo and Dany Leriche. Traoré’s work was featured in Self-Addressed, an exhibition curated by Kehinde Wiley at Jeffrey Deitch Los Angeles in 2021. Additionally, he exhibited in the 2020 exhibition La brousse imaginaire at the National Museum of Mali, Bamako, Mali. The artist has also had international solo exhibitions, such as his 2021 solo exhibition Chimères at La Folie Saint-Martin, Paris, France, and his 2017 exhibition at Taxi Bamako, Bamako, Mali.