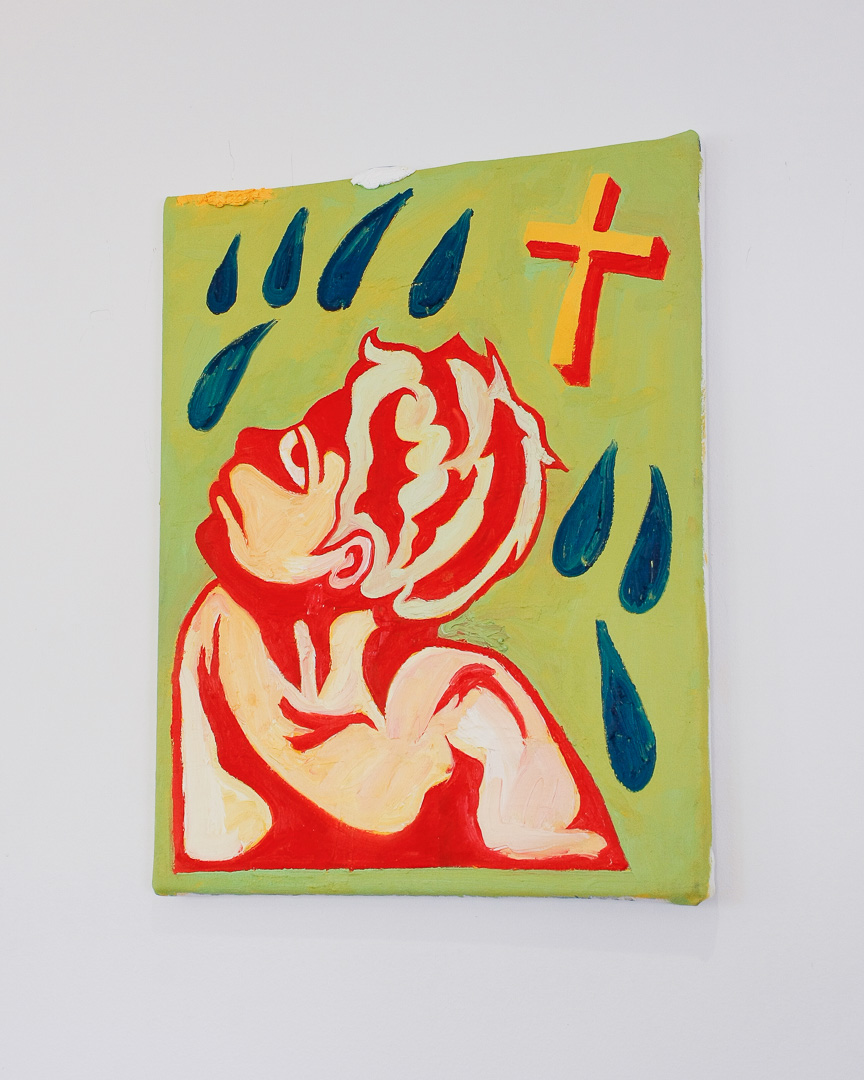 Our first show with the artist and his first solo exhibition in Los Angeles, the exhibition will be on view from August 7 - 28, 2022 at CSW on Horner, a residential exhibition space in the Pico-Robertson area of Los Angeles.

There will be an opening reception for the artist on August 7 from 12 - 5 PM.

“Hankering for Bliss” presents a new body of work by Chicago-based Darius Airo (b.1995, Chicago). Emerging from a period of refined studio practice, the paintings, created in 2022, act as a definitive statement in the second-generation artist’s work in oil on canvas. Airo’s practice pulls from an evolving
language informed by his work in drawing, design, and murals; but the works in “Hankering for Bliss”, set forth a bold step forward in both composition and subject matter.

For Airo, the idea of bliss is central to his studio practice in 2022. He moved into a new studio and devoted himself to his practice as a painter full time, after stints working as a tattoo apprentice and graphic designer. He began the year with a refreshed sense of energy and focus which in turn caused an
analysis of universal ideas of the search for happiness. Creating a new body of work, equally figurative and metaphorical, Airo began to turn the subject matter of his works inward. Centering on a series of motifs (religious iconography, domestic and city spaces, and the artist/institution) relating to
the idea of his own happiness, the new works alternate between universal reflections on time and place, to a deep analysis of aspects of the life of a young artist living and working in Chicago.