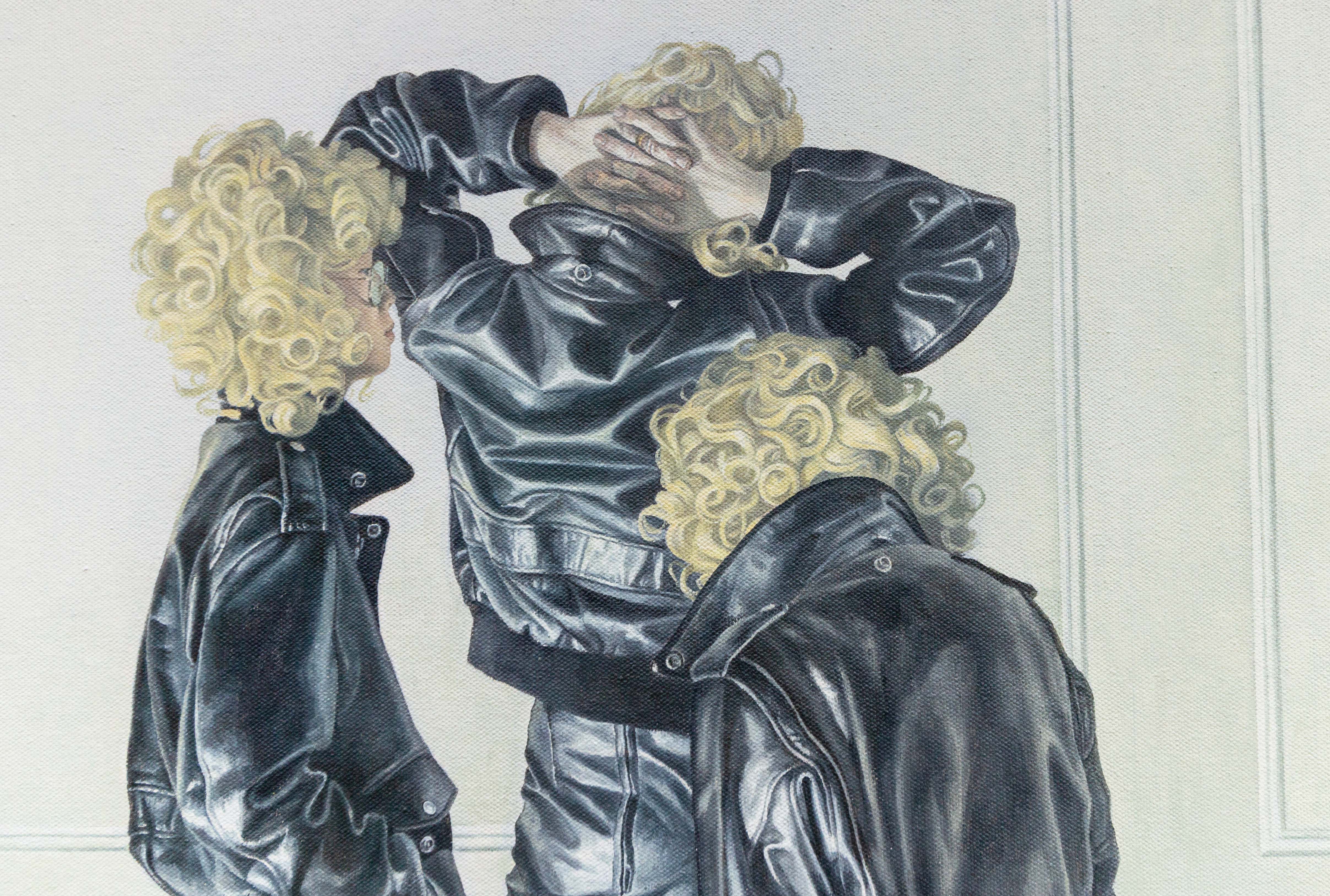 Eunnam Hong: A Woman Under the Influence | Kirsten Deirup: Understory

de boer (Los Angeles) is pleased to present A Women Under the Influence, a solo exhibition by Brooklyn based painter Eunnam Hong, her first with the gallery. The exhibition debuts a series of psychologically charged self portraits, painted in oil on canvas. Each painting in the series is composed from combined reference photographs Hong has taken of herself that harken both the screens of cinema and the glossy centerfolds of fashion magazines. Hong’s surreal portraits painted with exceptional intensity and luminosity center around the multitudes of self, interior worlds, and the individuals' participation in one’s own image.

Hong imagines particular fragile and quiet moments emphasizing each figure in such a way as to draw out the hidden emotions of the human psyche. The title of the exhibition ‘A Woman Under the Influence' is a direct reference to the 1974 film directed by John Cassavetes. Much like the film, Hong's paintings only gradually reveal themselves finding strength in subtle differences or similarities. Hong’s employment of a repetitive figure, a double, or doubles within a painting pull into focus the smallest of objects, gestures, choices of clothing, or posture. Hong’s nearly monochromatic palettes, only occasionally warmed by other colors, add to the aura of emotional tension. The paintings in the exhibition are all set within the confines of an interior space that is at once specific and at the same time vague; operating as both domestic and austere simultaneously. This feeling of domestic suspense is ever present, it is a certain claustrophobia – we never see a skyline or tree. Hong’s paintings find comfort in the uncomfortable, and vice versa; uncannily familiar yet entirely strange.

Palpable throughout the work is Hong’s negotiation of her personal life although her face and identity remain obscured through the recurring motif of a blonde wig. Both a reference and a tool that obscures her face, creating the image of a generic aging female. The wig references many films, most specifically the character ‘Woman in Blonde Wig’ from Wong Kar-wai’s 1994 film ‘Chung King Express’. The specificity of the reference is both important and irrelevant all at once but the employment results in paintings that feel like experiencing a dreamy, beautiful, unsettling coming-of-age story.

The only portrait in the exhibition that does not feature a repetitive figure, or double, is ‘Sitting Right, 2022’. The painting features just one figure, Hong herself, sitting in a yellow dress with knees together and shoulders straight on a single chair wearing a blonde wig. The portrait operates as an antithesis to the exhibition. The domestic suspense created through the obscurity of setting is contrasted by the references her posture conjures of proper manners, scolding, and gender norms. At large in Hong’s work a viewer is not given any answers but rather brought into a discussion or simple awareness of some of the problems in surviving in a society where very few people are fully liberated, even within the confines of their own home, mind, or body.

Eunnam Hong is a Brooklyn based artist born in Gangwon-do, South Korea. Largely inspired by film and fashion, Eunnam Hong makes delicately rendered self portrait paintings that often include multiples of the same figure within one space. Hong’s oil paintings present intimate, unnatural, and quiet settings that refer directly back to her own inner world. Working from her own photographs and obscuring her face with a blonde wig, Hong creates ambiguous main characters; A motif inspired from, and appears in, many films such as John Cassavetes, Rainer Fassbinder, and even more specifically in the character ‘Woman in Blonde Wig’, played by Brigitte Lin, in Wong Kar-wai’s Chungking Express.

de boer (Los Angeles) is pleased to present Understory, a solo exhibition by New York based painter Kirsten Deirup, her second with the gallery. The exhibition consists of ten new works in oil on linen. That define a territory where theater, nature and devastation appeal to our subconscious by depicting a reality that is beyond explanation.

Understory is defined as the layer of foliage under the forest canopy. Deirup uses it as a starting point to create masterfully rendered landscapes inspired by the Hudson River School where she now resides, and to pull connections between the stories of Genesis, Paradise Lost, and The Modern Prometheus (Frankenstein). Creation and reanimation are prominent themes in Deirup’s newest paintings.

Two of the paintings, Aftermath, and Prelude, operate as an informal diptych referencing Botticelli’s masterwork ‘Mars and Venus, C. 1483’. Aftermath depicts a figure lounging completely overtaken by the growth of foliage. The title and pose suggest that this is the character of Mars, the God of war after his encounter with Venus. While Prelude depicts a utilitarian blue tarp, contouring and folding to a form beneath.

Cleverly alluding to Adam and Eve from the book of Genesis, Deirup paints two plastic toothbrushes placed in the center of a gold necklace in a lush green pasture. And while electricity is never mentioned as a catalytic force in Shelley’s Frankenstein, in Deirups Bloom Loop, an orange extension cord loops through a dystopian landscape connected to a plant that blooms a rose and is surrounded by a golden necklace.