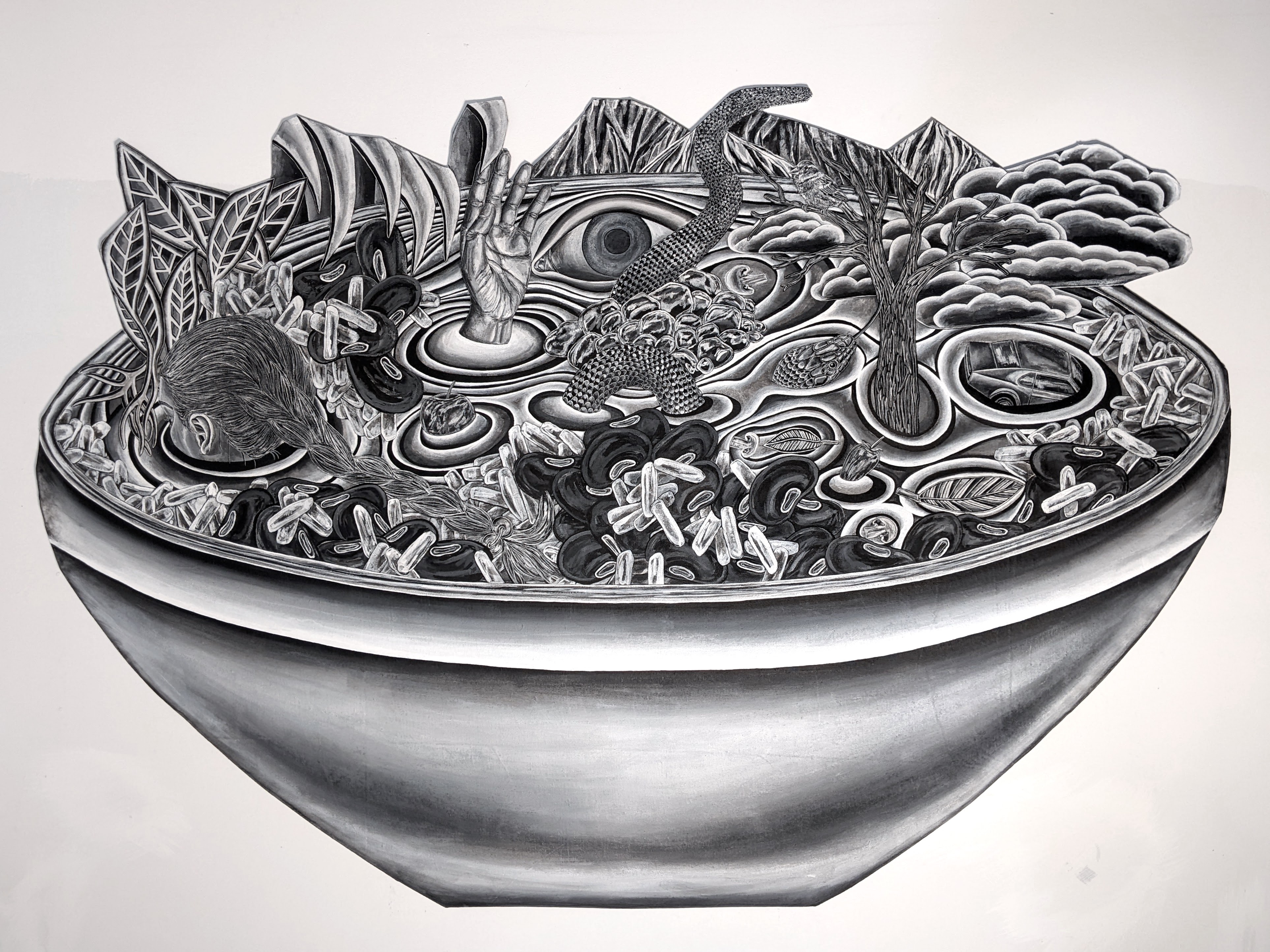 The German art critic Franz Roh identified a tendency away from free form expressionism in the works of artists who had lived through the mass slaughter of the first world war, notably of artists Otto Dix and Max Beckmann of the 1920s Weimar Republic. The sense that some powerful, poetic quality emanated from a probing investigation of mundane reality was a driving force that motivated the creative output of a large, disparate group of artists in the years before the Nazi dictatorship abruptly ended it. For the Verists of the Neue Sachlickheit (New Objectivity as it was called), the turmoil and incalculable suffering in the years following the conclusion of the war and a shifting ontological disposition necessitated a more deeply penetrating and heightened rendering of objective forms which meant for artists such as Dix and Georg Grosz an often satirical and caricatural hyperrealism.
This "Magischer Realismus" (magical realism) resonated in works of literature and the plastic arts for generations and is now finding new breath in the works of contemporary artists.

As with those artists from one hundred years before, the works of these four artists propose a kind of magical realism, obsessive in character, steeped in mythical symbols and rooted in but departing from the verisimilitude of ordinary physical reality." - Rachid Bouhamidi

Boston based painter Aaron Norfolk (b. 1973) creates works derived from perception and imagination whose portraits push pictorial possibilities as he searches for a singular, personal geometry.
Rachid Bouhamidi (b. 1981) meshes an essentially representational language of painting with the aesthetic design elements from Morocco such as Islamic zellige (mosaic tile) patterns as well as a formalism related to early 20th century modern painting.