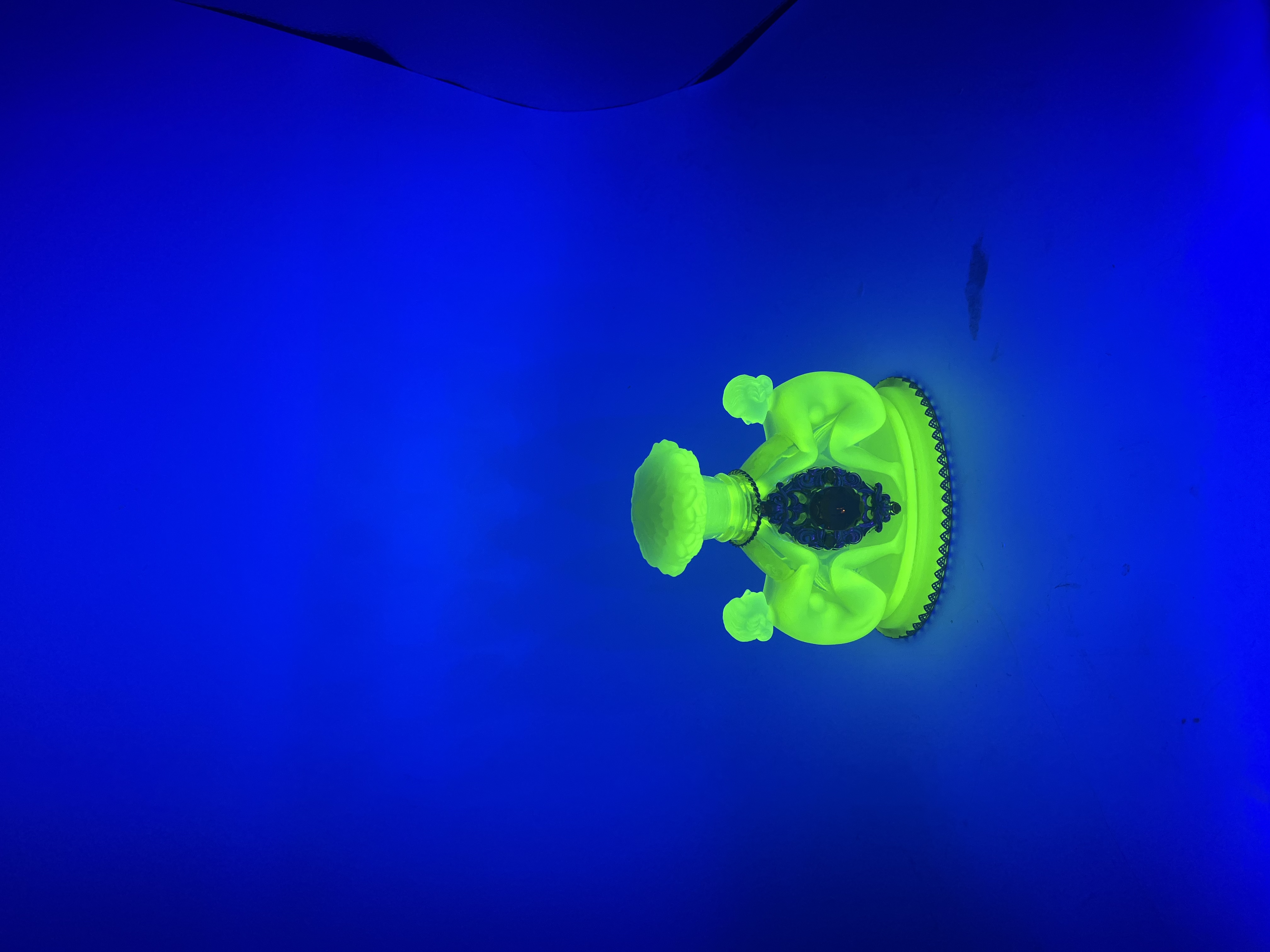 “ANOSMIAC!” is a further subversion of Kelley’s work, inventing an entirely new supervillain named Anosmiac – blessed and cursed with a supernatural nose – wronged by a Superman-like superhero in his youth, and intent on destroying a Kandor-like city, hidden under a bell jar, like candles waiting to be melted. The show will feature several wax candle versions of the city fashioned from molds of a variety of sex toys; works-on-paper depictions of Anosmiac and his story; and a new perfume, “LAIR,” which will be presented in a bottle made of vaseline (uranium glass).
Tweet
Share