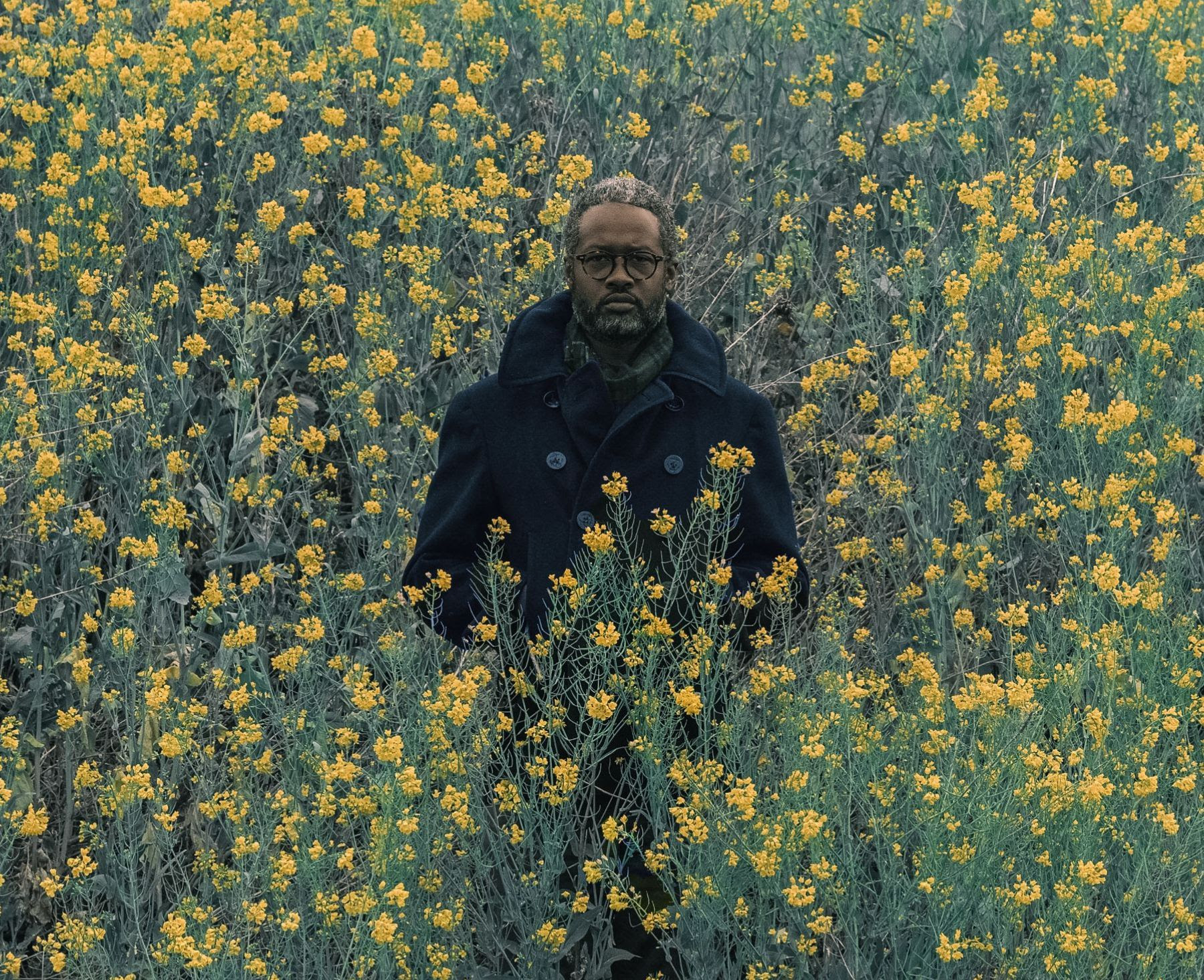 Wilding Cran Gallery is pleased to present …of frontiers and phantoms, an exhibition of quilts, photographs, sculptures, and drawings by Ray Anthony Barrett that deepens his ongoing inquiry into the poetics of the western landscape, the mythology of Manifest Destiny, and the interrelated issues of power, capitalism, and white settler colonialism.

Expanding upon his investigation of the relationship between commerce and the American imperial project, Barrett has constructed quilts with materials inextricably linked to the economic history of the United States: calico, cotton, and denim. The near-monochrome works invoke color field painting while vertical bands of fabric in contrasting hues reflect an engagement with syncopation, the sudden interruption of expected patterning present in some African textiles and musical traditions.

Sculptural works further explore the frontier as both a physical and conceptual space. In Shell Company, 2021, a shell cradling a cluster of wampum with a ball of 24-karat gold at its center rests atop a piece of green felt reminiscent of a casino table, underscoring the gambling spirit that characterizes established narratives of land speculation. Perched upon a pedestal made of railroad ties, Buffalo Soldier, 2022 offers a conceptualization of the railroad as a signifier of both westward expansion and “order” as defined in an industrialized context.

In a critique of existing norms of intelligibility, Barrett has created drawings based on Darby English’s How to See a Work of Art in Total Darkness that repeat the words “in total darkness” hundreds of times in graphite on black paper. The arrangement of the text allows one to read it along both the X and Y axes, conjuring the rationality of the modernist grid. The drawings also subvert the convention of black mark-making on a white surface, calling into question the dubious colonial logic of bringing the “light” of reason to “dark” and “uncivilized” communities.

Through this body of work, Barrett contends that subduing the continent has been a prolonged act of hubris. Our divine tasks are to reject the false binary of man versus nature and to reorganize our personal and collective destinies around our ecological interdependence.

Ray Anthony Barrett (b. 1980, Kansas City, MO) is a multidisciplinary artist whose practice encompasses filmmaking, photography, sculpture, and writing. He has presented his soul food pop-up Cinqué in collaboration with The Underground Museum, approaching the culinary project as an artistic undertaking. Barrett exhibited at the 2010 Dakar Biennial and has been profiled in the Los Angeles Times. He earned a BA from the University of Missouri in 2003 and an MFA from Pacific Northwest College of Art in 2011. Barrett lives and works in Los Angeles.
Tweet
Share