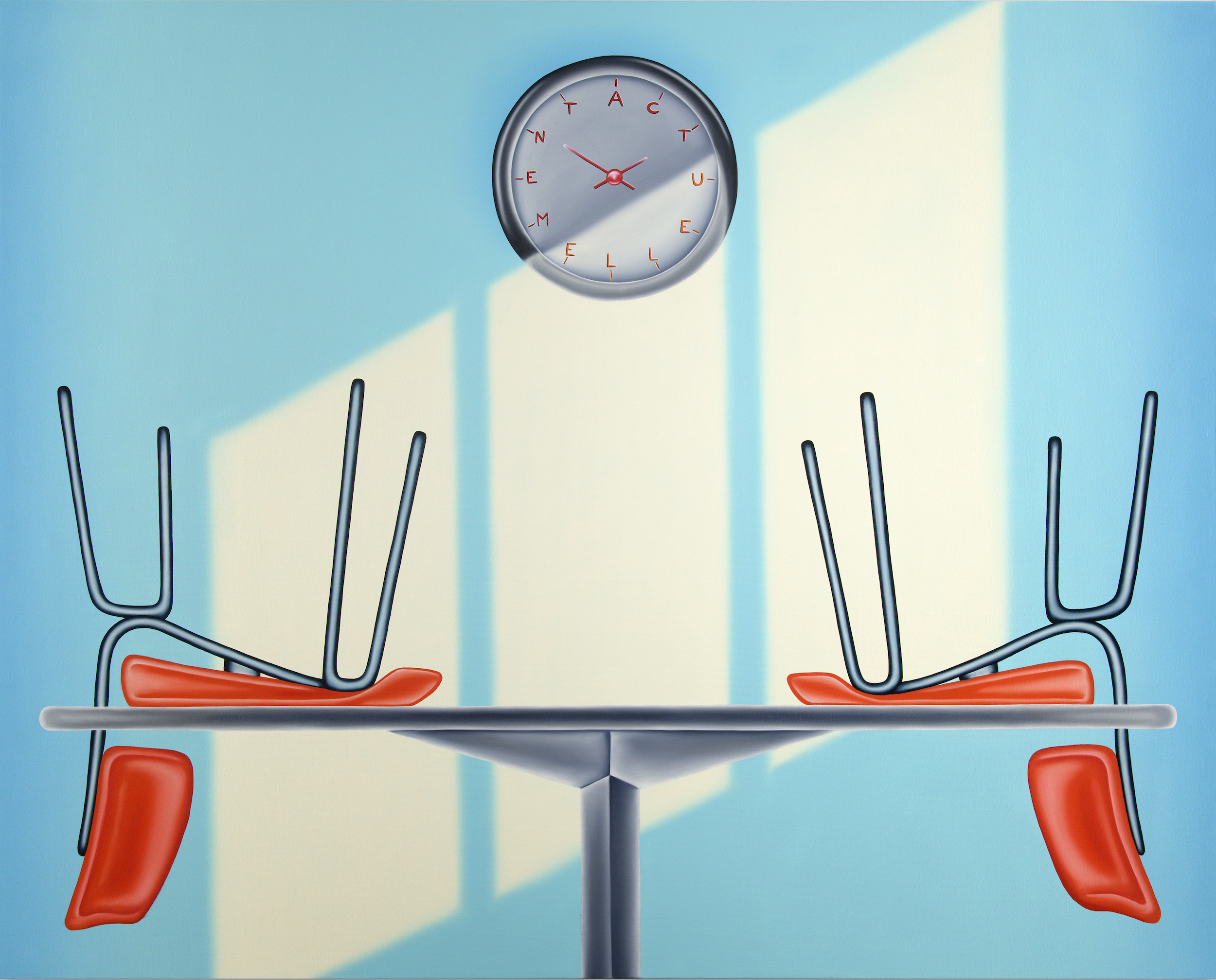 Laure Mary-Couégnias: All or Nothing

Richard Heller Gallery
2525 Michigan Ave., Santa Monica, CA 90404
Sep 10, 3 PM - 5 PM — ends Oct 22, 2022
Richard Heller Gallery is pleased to present, All or Nothing, Laure Mary-Couégnias' second solo exhibition at the gallery. In this exhibition Mary-Couégnias presents an array of her now familiar motifs while also introducing some new elements and unexpected surprises. The artist imagines a world in which no humans are portrayed, yet their artifacts and trace elements are always present. In many of her highly-staged theatrical works, the action is implied or “off camera.” In other instances, time is frozen in mid-action, like an isolated still from a movie scene forever longing for the denouement. In an early interview between myself and Laure the artist stated, “The surrealist landscapes I represent are meant to evoke a peaceful atmosphere. There is a lot of back and forth between the real and the unreal, so that ambiguity is created and we are constantly in between."
From the Artist:

In the morning, while the first rays of the day were caressing the walls that surrounded me, I discovered that the room in which I live was separated into two spaces. One was real and the other unreal.

The manifestation of a faithful feeling recognizes a communication without return to justify the agreement of the beauty whose approach I hear. There is no field until the purest research that I would not like to possess, this ambition of the heart and the spirit that orchestrates the exaltation to enrich the reason.

Ah, this terrible need of absolute!

The time passes and the day evaporates, the lack of unknown landscapes begins to miss. It is when one manages to distance oneself from oneself that love arises as if the pain did not belong to the past. This sweet uncertainty of the moment carries with it the sign of a day whose memory will never fade.

Solicited by the range of tenderness, I find an unstory book written by no one, waiting to be read for someone. But the more the expression approaches the thought, the more it disappears.

It is by turning my eyes away from the window that a darkened sky tells me that the night is sounding the signal, the contradiction runs away from me without external attachment, and is held by the internal force of an invisible subject. The time does not exist any more, because it never existed.

All is there, nothing escapes.

Nothing is there, all escapes.