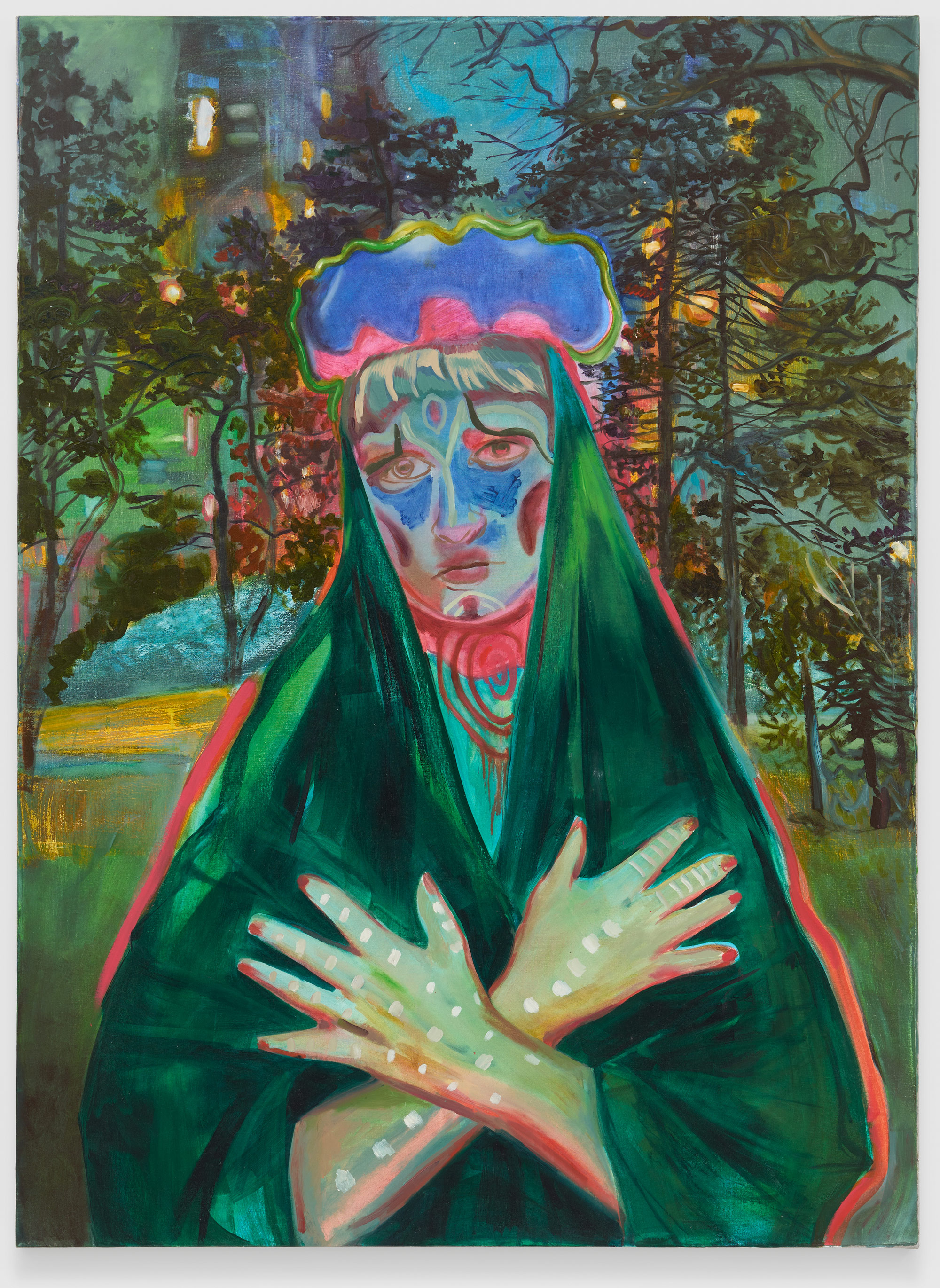 Seasons LA ✨
908-912 S OLIVE STREET LOS ANGELES CALIFORNIA 90015
Sep 30, 6 PM - 9 PM — ends Oct 30, 2022
The Flooding Lake fuses geography, personal narrative, and cultural history, eliciting moments that sit outside of convention and language. The paintings capture magical moments in life, a confluence of subjectivity, nature, light, memory, irony, religiosity and ecstasy. Blackburne’s work reflects her ongoing preoccupations with the non-human world – our human embeddedness within, our various alienations from it, and to the extent to which we might belong to it.

The forests in her paintings are fluid and permeable, a space where temporality and perspective collapse. Nature appears devoid of consciousness yet strangely animated. Within these landscapes, she summons figures which invoke both polytheistic ritual and images. The paintings move simultaneously within and against traditions of landscape painting and religious art.

Influenced by her upbringing in Australia, Blackburne’s use of landscape recognizes how colonial history intersects with a much longer indigenous history. As a child, the Aboriginal notions of ‘country’ (expressed in the worldview of the Dreamtime and the framework of interconnectivity within the land known as ‘Song Lines’) provided a language for her to understand and contemplate the palpable and sentient presence of the bush and the outback.

Through the juxtaposition of phenomenal truths and inner belief the provenance and durability of certain motifs about femininity, particularly motherhood, are tested. Motherhood itself becomes a precipice for transformation, and from this rocky outcrop it becomes clear how easily women's bodies are and have been co-opted in service of mysticism and religiosity. These bodies become stitched to pagan ritual and rite to develop an understanding of Blackburne’s own body as a portal, as a permeable, osmotic opening into inexplicably riotous moments of life.

Born in 1996 to a devout Evangelical household in California, Rubalcava was raised in New Mexico by a family heavily involved in the Christian faith. Sin and the necessity of repentance were constant aspects of Rubalcava’s upbringing, as she was taught the virtues of purity, community, and the omnipresence of eternal damnation for those who strayed from the course. Like many young women, Rubalcava was raised with the perspective that puritan belief places upon the female experience, entering puberty with the knowledge that the feminine body is the source of temptation for the opposite sex. An exaggerated emphasis on feminine purity becomes the only way to prevent an unbecoming fate. Through her personal and formative experiences within female social structures, religious devotion, sexual exploitation, virginity, jealousy, temptation, and competition, she recognizes that Hell is always just around the corner.

In It Hurts to Know, Rubalcava’s figurative oil paintings grapple with these formative lessons about reality, exploring her experiences with puberty’s voracious emotional afflictions, her budding curiosities and philosophies, and her developing years through works which confront the relationship between the sensual, the absurd, and the provocative. Personally symbolic in nature, the pieces on view seep from the intrusive yet influential parts of her subconscious, gently divulging secrets of sexuality, rage, competition and social adversity within the feminine experience. Warring internally and externally while engaging with the hopes and fears from her religious upbringing, she traverses through themes of divine retribution, destiny, and devotion. The paintings are vulnerable and delicate, with feminist twists. Rubalcava dives into the serpent's coil of societal, social, religious and personal structures both abided by and rebelled against. She channels the inner rage felt within those confines, and the yearning to grapple at some semblance of heaven on earth. Rubalcava’s narrative practice explores herself and her subjects with sensitive sophistication, embracing inner truth no matter the consequence, revelations, or pain that come from the marriage of spirit and flesh. Although the weight of original sin may never be truly escaped, there is a sense of newfound liberation from eternal damnation — a reality of determined internal paradise.