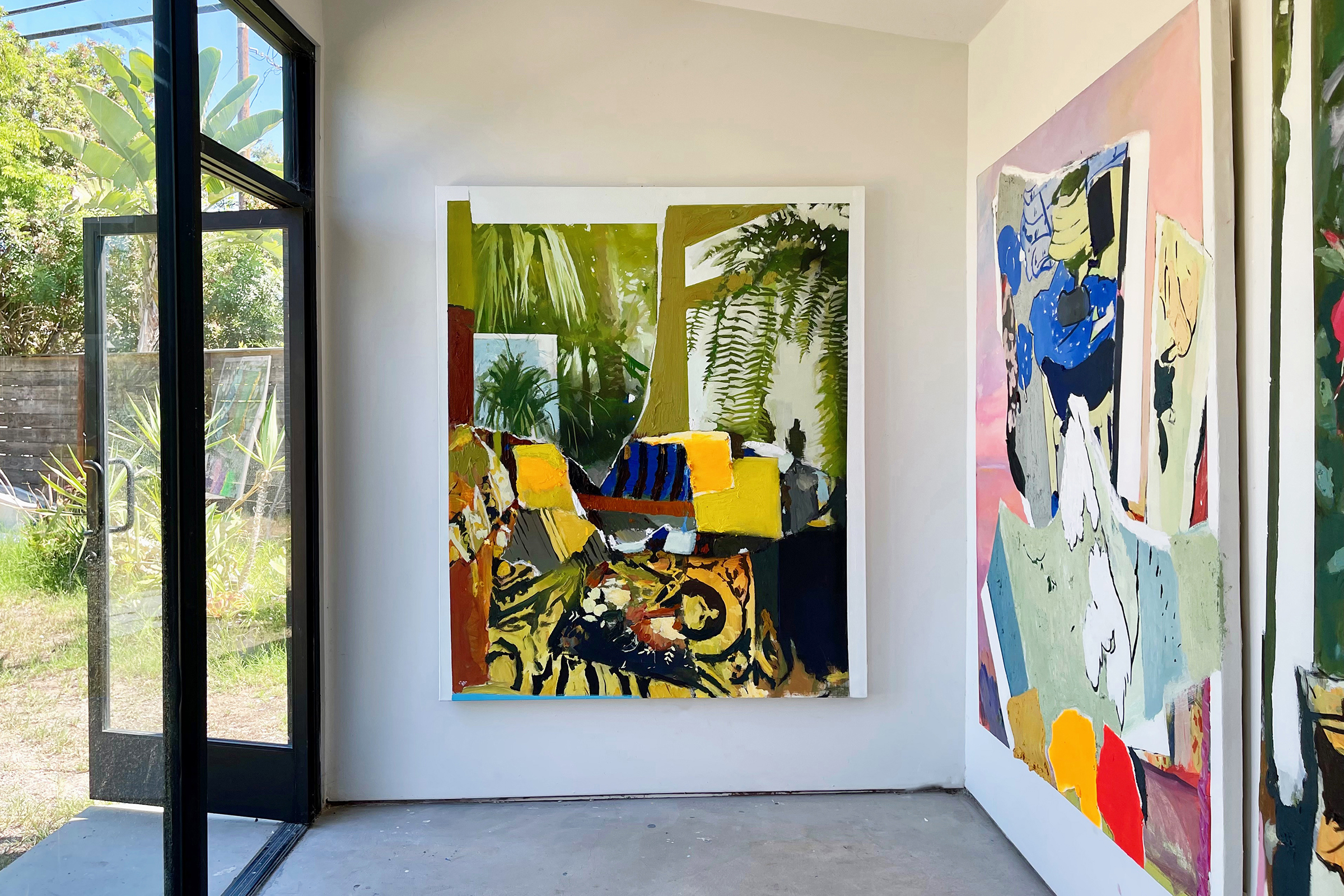 In Shangri-La, the works are installed as a montage, reading off each other as color, form, and imagery echo throughout the exhibition. Harnish who frequently begins his process by creating collages—tearing pages from books and magazines, and combining images and color intuitively—reflects that action in these paintings. A cartoonish depiction of a Japanese woodblock print is juxtaposed against a pink sky over the ocean at sunset, rich gold and black brocade set off a brushy rendering of a hanging fern, while painterly applications of bold swaths of color intersperse the picture planes throughout the works. The paintings in Shangri-La reflect glimpses of place, memory, and illusion that tell a story unique to the artist’s whims.

As a native Californian, the concept of ’Shangri-La’ itself plays out in Harnish’s surrealist works. The experience of growing up and living in such a diverse culture is envisioned in Harnish’s choice of subject matter. As told in the book Lost Horizon, a meeting of cultures plays out in a fictional utopian lamasery where time stands still. Los Angeles with its mild climate, sense of possibility, and imported palm trees is a beacon for people from all over the world. While Hollywood has long explored a fabled concept of Los Angeles, living in a place that lacks distinct seasons has the ability to distort one’s perception of time. As we find in the novel, a distortion of reality does not always work out to one’s advantage, however maintaining a feeling of wonder and youth can operate as a tonic to the soul.
Tweet
Share