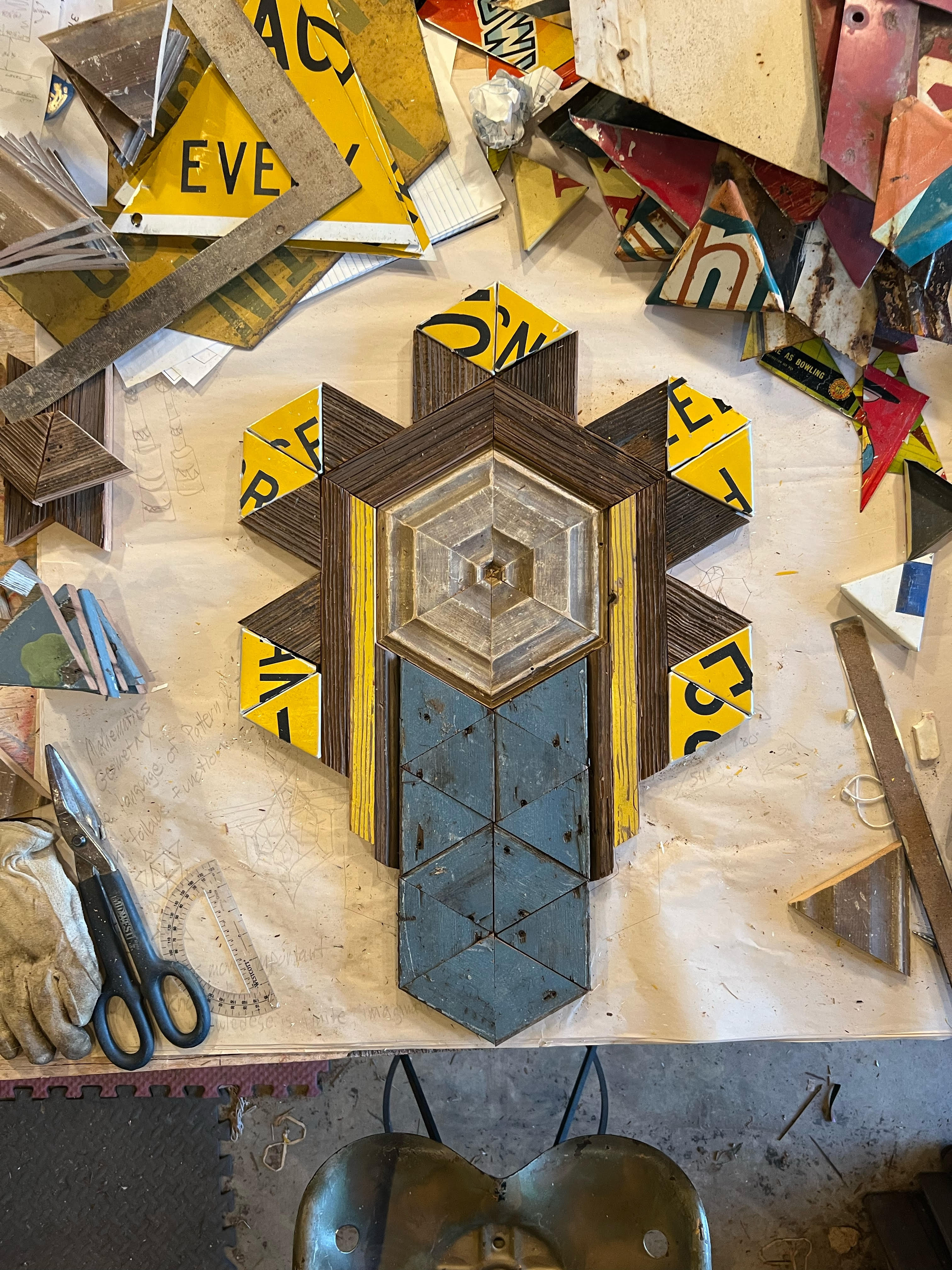 Works in the Splendor and Formation exhibition — sculpture, installation, and objects — are a continuation and extension of Lowder’s Myth, Math & Magic series of artworks. “On both formal and intellectual levels, Lowder’s process simultaneously explores construction and deconstruction,” says curator David Orr: “he often uses vintage advertising signage as a source to create work that breaks the spell of marketing and points toward the transcendent. In Splendor and Formation he is expanding ideas of language as source and geometry.”

This exhibition at PRS is especially meaningful to Lowder, whose practice is directly influenced by the work of founder Manly Palmer Hall. “I often listen to Manly Hall’s lectures while working in the studio, especially his rendition of the Sefer Yetzirah also known as the ‘Book of Formation.’” Lowder says, then elaborates: “The Sefer Yetzirah describes the specific way in which language, through the power of the ‘Word,’ sparks the formation of material existence.” Another influence on Lowder’s constructions is legendary designer, inventor, philosopher, and futurist R. Buckminster Fuller (Lowder is center director at the Fuller Dome at Southern Illinois University, Edwardsville, and a board member of the R.Buckminster Fuller Dome Home at Southern Illinois University, Carbondale). Echoes of Fuller’s geometries and social theories permeate Lowder’s work, and will manifest as an entryway installation via dome components unwrapped to form arches. “I’m interested in Fuller’s social theories as well as his visionary technical prowess,” Lowder says. “I always want my work to reflect both.”


It is fitting that Lowder is bringing architectural influences which bridge ancient and futuristic to PRS, a Los Angeles landmark designed by Robert Stacy-Judd. “I am grateful for the opportunity to show my work at the source of my inspiration, says Lowder. “I see this as an opportunity to explore connections between Manly Hall and Buckminster Fuller and their ways of thinking.”