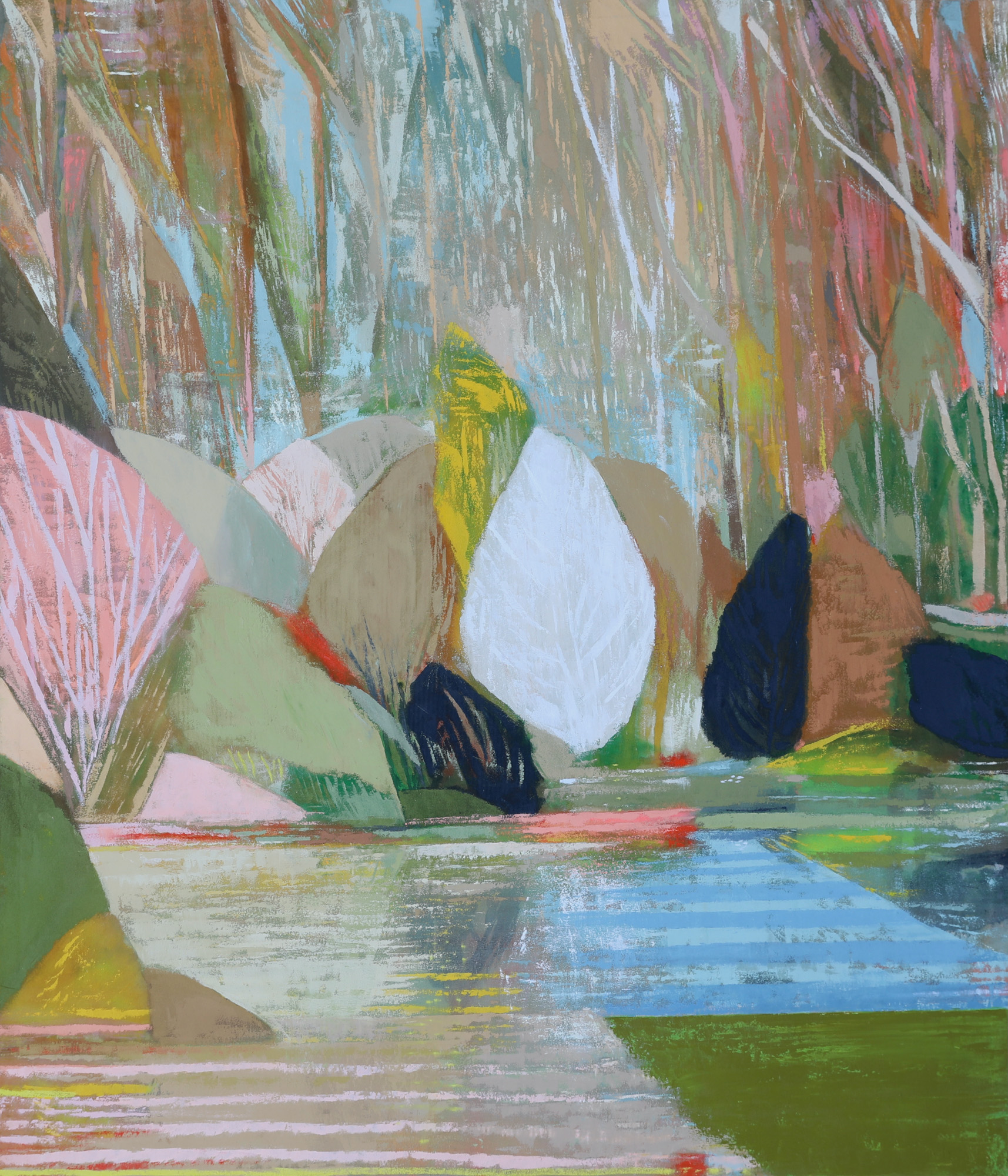 BELYNDA HENRY: TO PAINT IS TO LOVE

Henry’s distinct signature - steeped in classical form - is resonant with authenticity of place, and rich in contemporary language. In the wild, lush valley where she has lived her entire life, Henry absorbs natural abstractions from her surroundings to create compositions that bring regional landscape forth in universal ways.
She utilizes raw pigment from the earth to touch upon a deep stratum, and employs sensuous layering to develop her own enveloping, ethereal imagery of the natural world. From her studio, set in a fold of the valley that she inhabits, Henry is immersed in her landscape. Over the decades she has observed its essence from dawn to dusk, walked its primordial forest, and known this place through en plein air practice. “It has to be real, based on the experience of what’s out there,” she says.
Henry’s recent show in New York was a major success, selling out with a waiting-list of collectors. It is also a recognition of her ability to interact with and de-construct landscapes in profound and moving ways. Her work has been acquired by private collections in the United States, Japan, Switzerland, Taiwan, New Zealand, Ireland, Hong Kong, Athens, Paris and London, and is sought-out by leading thinkers in the fields of art and design. French style arbiter Christian Louboutin acquired a major holding of Henry’s works from her New York show. "Magnificent landscapes,” Louboutin declared. “And the reflections on the water are oh so vibrant - sublime colors."
Henry came to attention early career as a finalist in the national Wynne Prize, her work heralded by Edmund Capon, established then as director of Sydney’s Art Gallery of NSW, placing her into a historically male-dominated field. A union was thus forged with Australian Galleries which since 1956 has shown a prominent and influential list of Australian artists, representing Brett Whitely, Arthur Boyd, the estate of John Coburn, Lloyd Rees and George Baldessin. As Australian Galleries director Stuart Purves relates, Henry’s “comprehensive work sits nicely in among these masters of the genre”.
In her prolific career, this leading Australian landscape painter has exhibited continuously with over 30 solo shows. Henry has continued to be selected for the Wynne Prize, as well as the prestigious Archibald Prize, and has won a host of awards leading to a ranking in the Australian cultural media feature, “Seven artists you should invest in now”. Her work has been featured in Vogue magazine numerous times.

“To paint is to love” – Belynda Henry