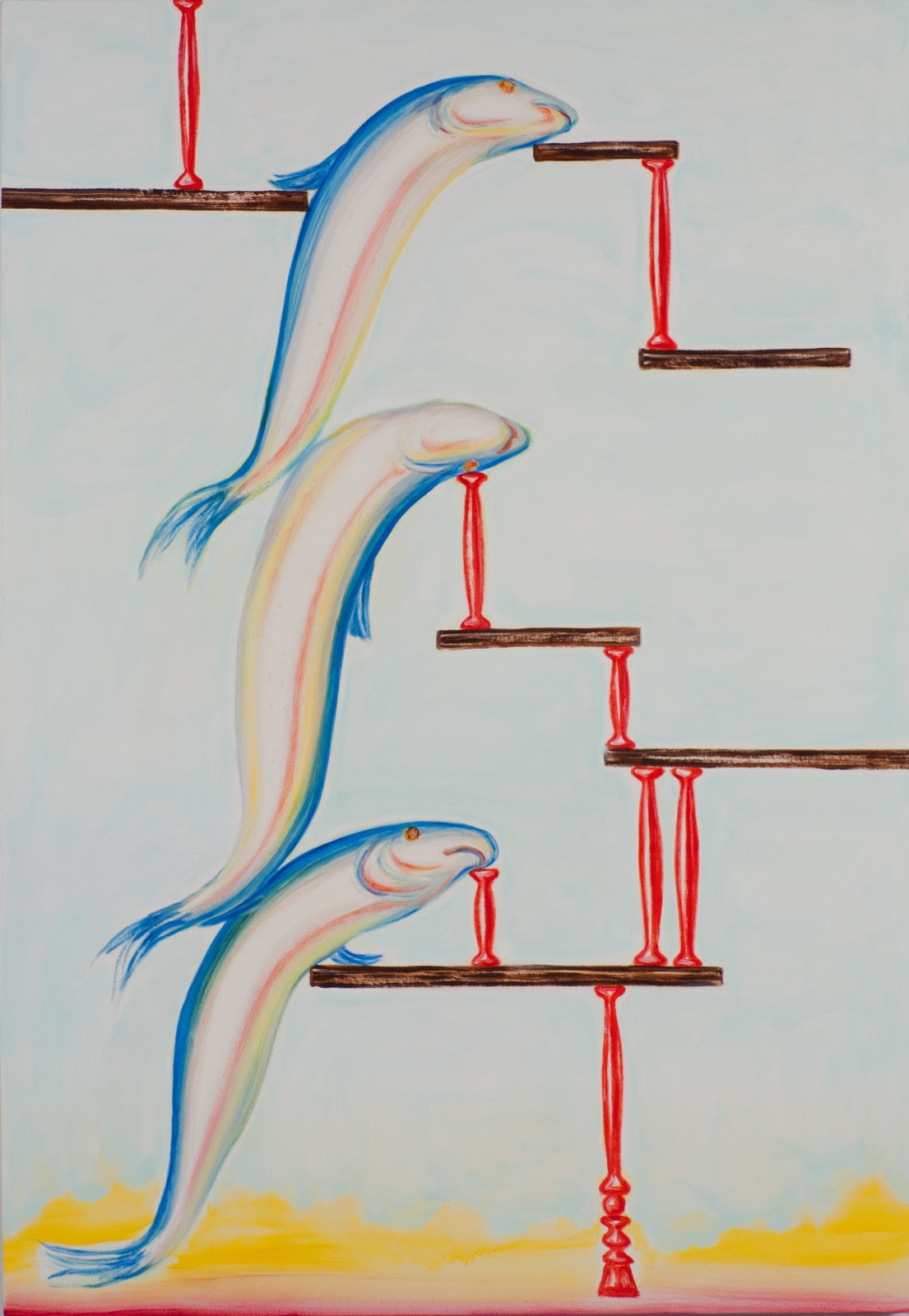 At our Melrose Avenue gallery, Nonaka-Hill is delighted to present painting, selected work by Shigeru Hasegawa (Japan, b. 1963), marking his first solo exhibition outside of Japan. Latently informed by Japanese ukiyo-e, manga, and various Western painting traditions, Hasegawa’s idiosyncratic works feature a recurring cast of fruits, vegetables, fish, and other objects. Arranging them into formations against the picture plane, Hasegawa makes playfully concentrated paintings, executing each one with formal economy. Receiving his art training in Japan, Germany, and Holland in the 1980s and 1990s, Hasegawa was exposed to a wide range of formative influences, which for the past two decades, he has diffused into his unusually fresh paint handling and surfaces. His orchestration of objects in stacks and patterns thus take on a provisional and animated appearance, as if they could fall apart or rearrange themselves at will. In two paintings on view, vegetables and fish assume the shapes of various Kanji, Chinese-derived characters in the Japanese writing system, one of which features two swollen eggplants aligned to signify “person.” In several other paintings, his formations resemble a schematic figure, somewhat similar to how 16th century artist Giuseppe Arcimboldo’s rendered human subjects as combinations of fruits and vegetables. Such allusions to the transience of life, as memento mori and vanitas, abound in Hasegawa’s work. But in the same spirit as Arcimboldo, his work possesses a whimsical obscurity as to what each part distinctly symbolizes. That a kindred use of vegetables can be found in Itō Jakuchū’s 18th century painting, Scene of Buddha’s Nirvana by Vegetables, has not been lost on Hasegawa either. He knows that even the Buddha can be represented by a radish. Yet, his paintings are not limited to such readings because his symbols are fugitive, and his means of their articulation in as few brushstrokes as possible, is his focus beyond motifs.

This provisional nature also finds itself in how Hasegawa refers to the beginning of a painting, conceptualizing it as a confrontation with a screen or mirror. In his approach to distill his ideas into paint, it is similar to the Zen discipline of Zazen, a practice whose objective is its own process, beyond it being seen by the public. In one of his paintings in the exhibition, one sees a grey-blue expanse in its center framed by many overlapping cucumbers. The expanse is vaguely in the shape of a human head, in which one can maybe discern facial features. It could be a suggestion for the way one looks, or Hasegawa looks, at the inner-self––an attempt to become nothing, like Zazen.