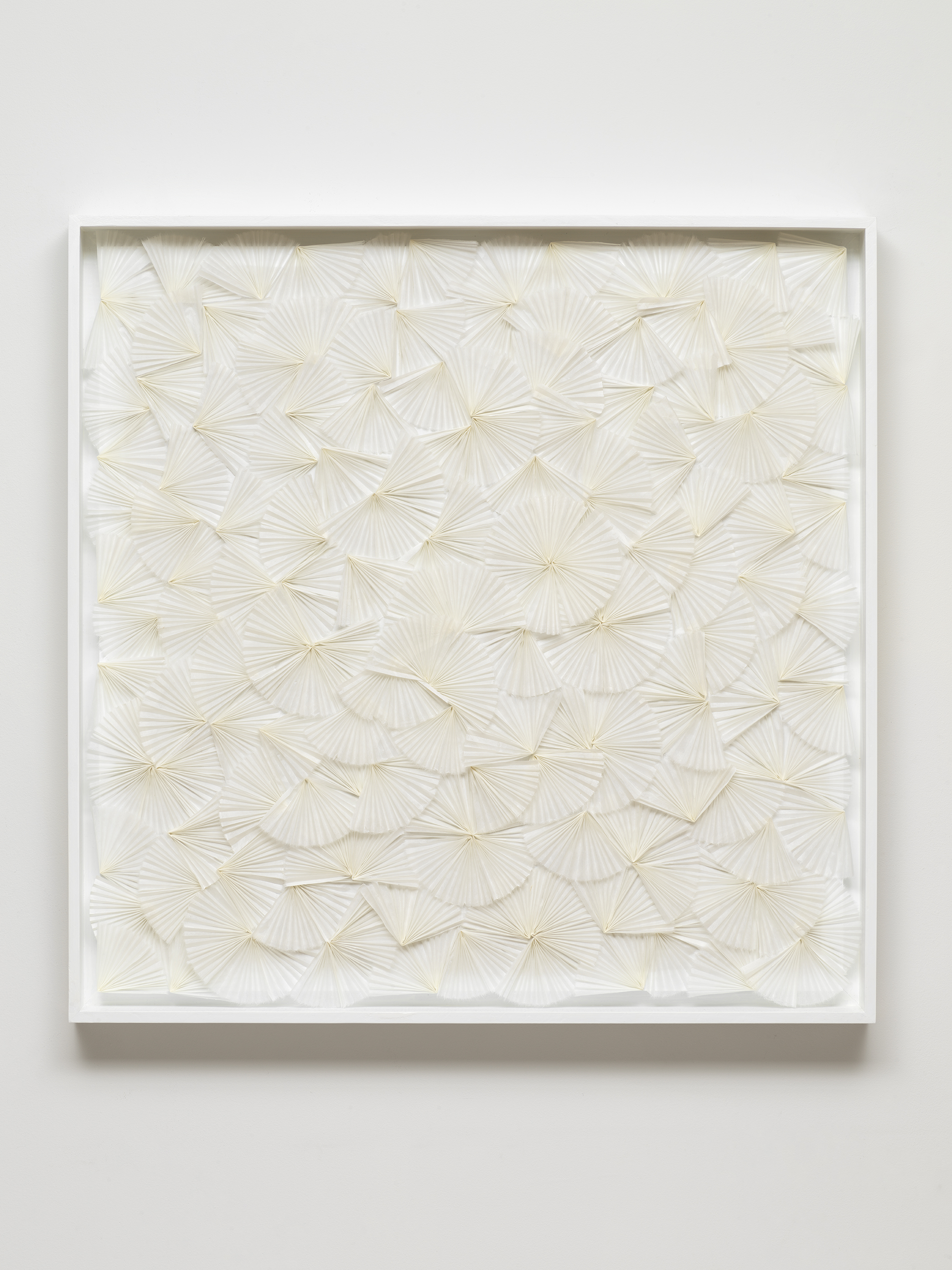 Shoshana Wayne Gallery ✨
5247 W Adams Blvd
Oct 29, 2 PM - 5 PM — ends Dec 23, 2022
In the first of three innovative exhibitions featuring pairs of artists whose work is sometimes overtly, sometimes inadvertently linked through the intimacies of living together, Shoshana Wayne Gallery highlights the paper constructions of Rakuko Naito and the paintings of Tadaaki Kuwayama. Naito and Kuwayama’s work will be on view until December 22nd, 2022, with an opening reception on October 29th from 2 to 5pm.

The auras radiated by Tadaaki Kuwayama’s smooth-surfaced paintings transform rooms and routine experience. They meet the eye with peaceable intensity. They are, perhaps, as much objects as gestures— if there were gestures equivalent to someone extending their mind like a hand. If you look at Kuwayama’s evenly-hued paintings for thirty seconds and think you’ve seen them, let yourself look longer. Look for three minutes and the color begins to adjust— like a body shifting its weight. If you’re standing directly before the painting and you take a step to the left or right, the aluminum strips between panels wink at you. Then lighter swaths of color suggest themselves in what you took, at first glance, to be sustained monochrome; other panels seem to darken ever so slightly. Or is this a trick of the mind or the light as your eyes keep pulling toward the center of the four-panel square, toward the hub, the cynosure? The gravity is strongest there. You feel its pull, its invitation. The subtlety of the painting draws you as a chimney is said to draw, at once into its color field and into yourself.

In another part of the gallery, we find Rakuko Naito’s boxed paper assemblages. One looks like the cross- cut of a hive or a bed of ooliths. Another like white cocktail umbrellas pressed flat. One like a constellation of baby octopus suckers. Another looks like a handmade Japanese go game board. Still another like the silence of a Phillip Glass composition playing in your head. Like and like and like. And yet, Naito’s art is gloriously independent of analogy. There is no nature, no narrative, no figure, no line, no colors, no titles. Her art doesn’t provoke likeness so much as it enacts its own distinct, insistent mode of intoxication. A signal blend of imagination and labor. Naito’s lushly exacting, iterative work is a paean to the hand and eye, and to the joy of repetition. Finger-torn and delicately arranged, her pieces of mulberry-bark paper take on the gorgeous rigor of the Fibonacci number sequence. Pressing outward, toward the edges of the white frames that contain them, Naito’s constructions give no quarter. Because there is no foreground or background, every element is equally essential. Her method, then, involves the highest degree of risk per unit of space. Every aspect is alert, on point.

Together, Rakuko Naito and Tadaaki Kuwayama immigrated from Japan to the United States in the late 1950’s and quickly found their place in New York City’s artistic avant-garde. Naito, the daughter of a doctor and amateur architect, has long worked abstractly using mulberry bark paper colored with plant pigmentation. Kuwayama’s large metallic color paintings, critically celebrated since his first New York shows in the 1960’s, rigorously upend conventional painting techniques and ambitions as they instigate an impervious aesthetic concentration.