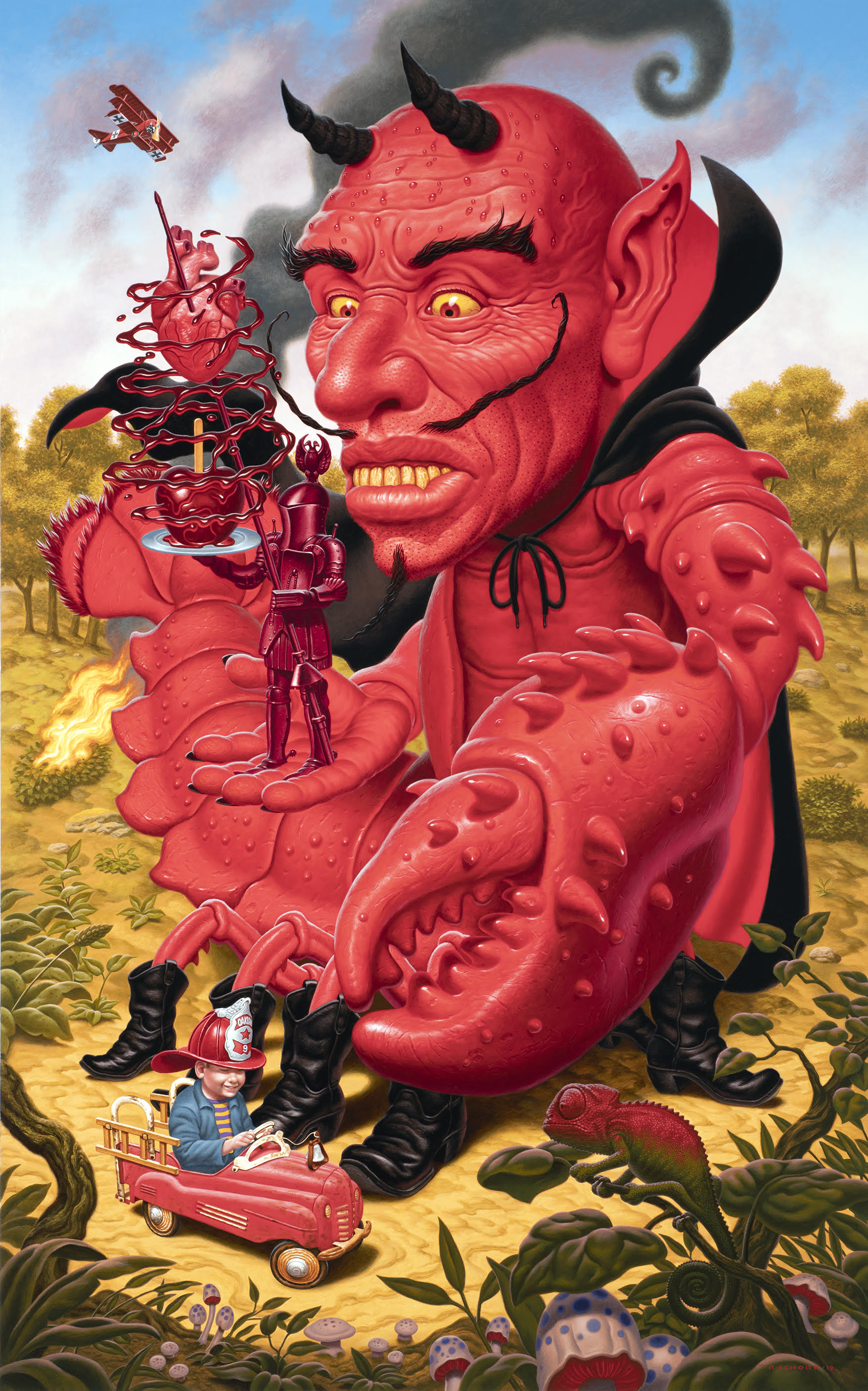 With recent exhibitions at The Crocker Art Museum in 2020, and Virginia MOCA in 2018, to Schorr’s epically successful exhibition in 2009 at the San Jose Museum of Art, recognition by the museum world has only solidified what the gallery and collecting public has known for decades -- that Todd Schorr is a giant in the Pop Surrealism movement. Though he shares that group’s interest in Lowbrow culture and post-illustration / 'comic' graphic style, Schorr’s operatically ambitious compositions, rich in precise detail and evocative atmospherics, plus his particular flair for wry insight and social commentary, set him apart even among the genre’s best-known practitioners. With cinematic, fairy-tale carnivalism, satire, and sincere punnery -- Schorr confounds expectations with what critic Doug Harvey called “the willingness to pursue technical mastery and apply it in the service of the realization of extraordinary visions.” Inspired equally by Bosch, Brueghel, Dali, and the edgier comic books of the 1950’s, Schorr’s knack for provocative pop content laid onto Old Master technique presents a unique level of innovation in interpreting the world around us.
Tweet
Share