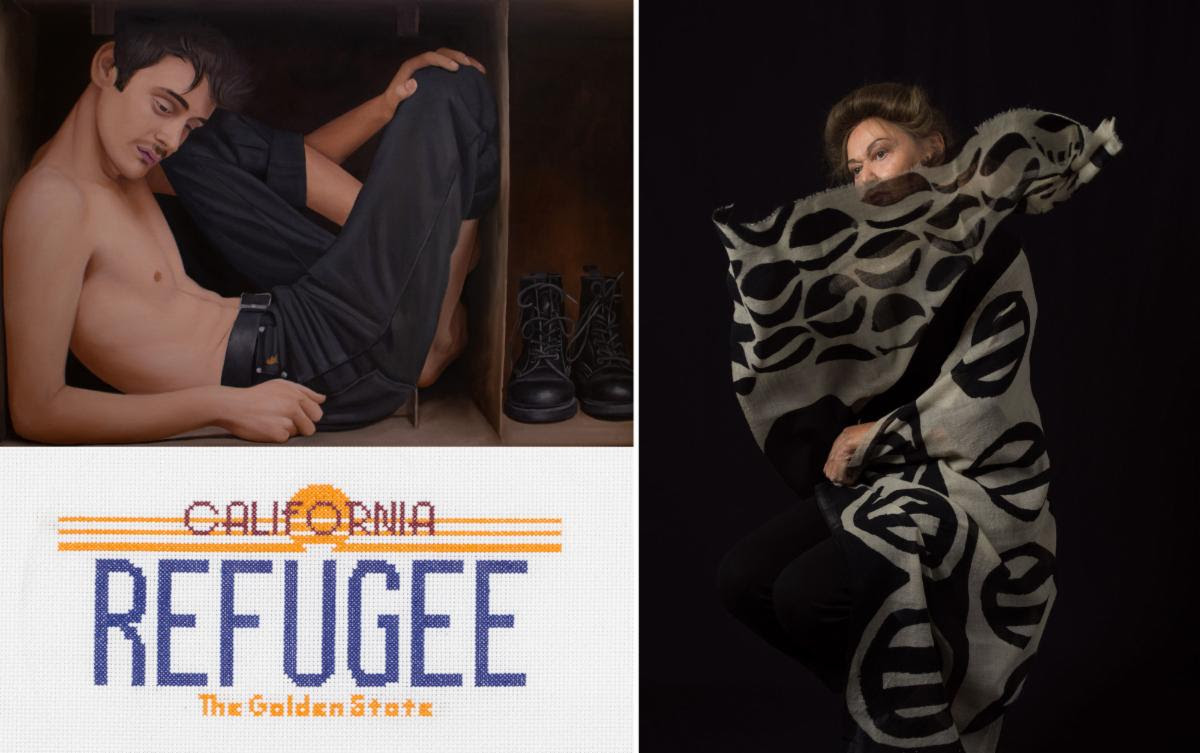 Gabriel Sanchez uses portraiture as a means to make visible the contemporary reality of Cuban citizens. Within his paintings, his subjects contemplate their impending forced exodus and the families they may have to leave behind. Their emotions are intense, the frustration they feel palpable. Some cannot suppress their outrage, while others silently weigh their options. Sanchez renders the humanity of Cubans with tenderness; he captures their vulnerability, but also their strength and spirit. Many of his subjects have already left Cuba and their portraits linger as a reminder of their former lives. Yet, there is a collective understanding that, in leaving the empty island which is slowly dying from its antiquated ideals and repression, they journey toward a fulfilling future—a new life beyond conflict and strife, with more potential and freedom than anything they can experience back in Cuba.

Ken Gonzales-Day’s recent body of portraits includes creative Angelenos, among others—artists, actors, arts professionals, dancers, models, trainers, writers, and others—representing a multitude of backgrounds and communities. The series began in August of 2020 when Gonzales-Day set up an informal portrait studio at home. Sitters were invited to pose both with and without a mask. The artist used social media to find subjects willing to participate in the project, which was a response to the isolation brought on by the pandemic. While initially some of the sitters needed the work or headshots, it eventually became a way of sharing time, meeting people, and contemplating our presence within the world, our outward presentation and perception.

Phung Huynh investigate notions of cultural identity from a kaleidoscopic perspective, a continual shift of idiosyncratic translations. The works in the exhibition explore how cultural ideas are imported, disassembled, and reconstructed. Huynh confronts the complexities of the Asian experience from varying identities and perspectives—Asian-American, immigrant, refugee, female—disputing monolithic representations of the community, and bringing awareness to the contemporary challenges of the Asian community.