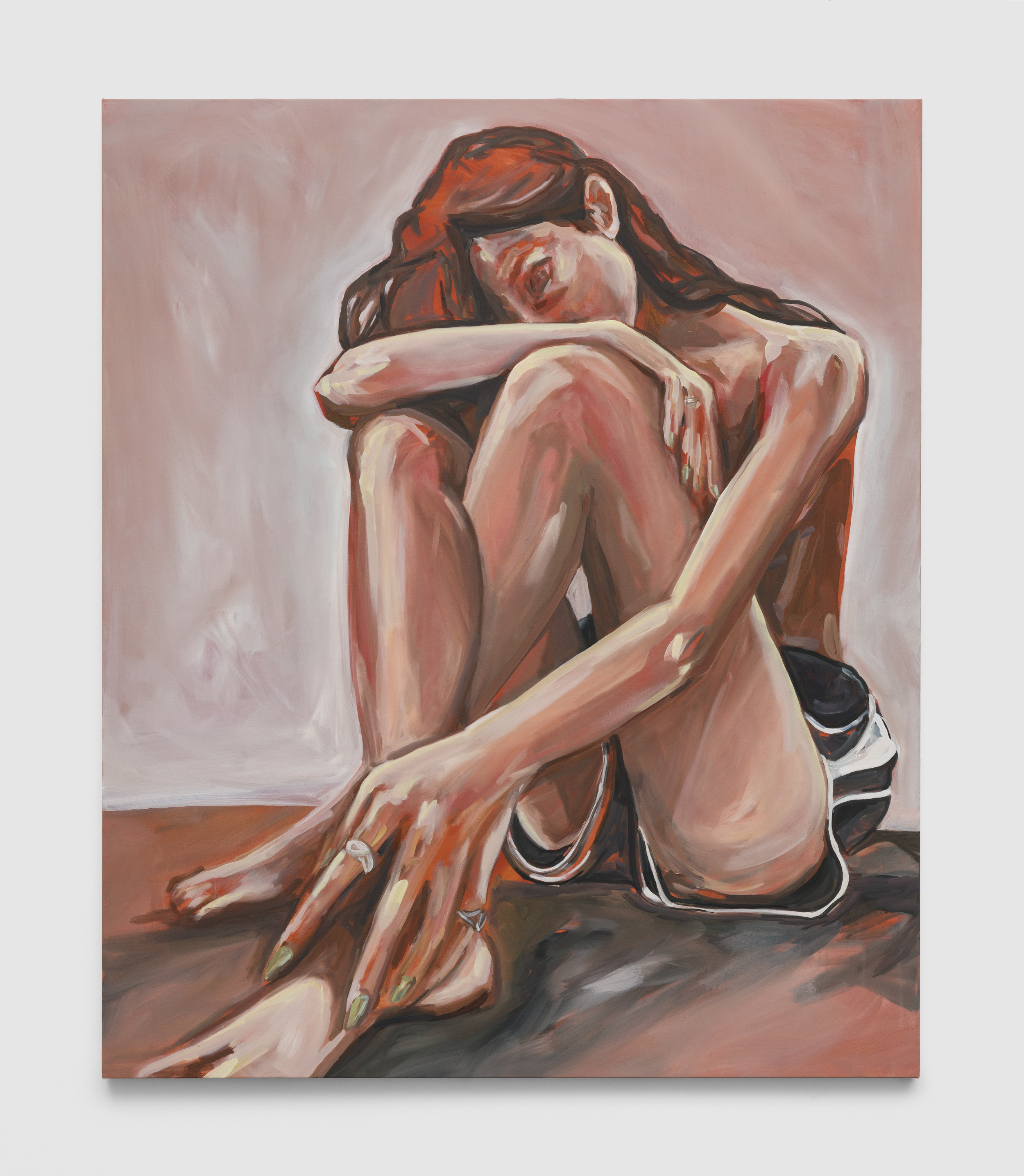 Avery Wheless: So does everybody else

Seasons LA ✨
908-912 S OLIVE STREET LOS ANGELES CALIFORNIA 90015
Nov 11, 6 PM - 9 PM — ends Dec 17, 2022
Seasons LA presents “So does everybody else”, Avery Wheless’s first solo exhibition in Los Angeles, the city where she paints and resides. In a place obsessed with cultural velocity, the dislocation of self becomes perpetuated within an economy of fame. The stimulating environment here encourages sensory overload, a bulwark to sentimentalities that would otherwise encourage inhabitants to “stop and smell the roses''. It is against the city’s smog and brutalism that Wheless composes her images. She identifies the bedlam of her surroundings only to subvert it, ultimately landing at moments where Wheless becomes present in the act of painting.

Painting bodies is a process wrought with revelations. In the exercise there emerges an identification of the fissures between the natural and cultural order. The sublimations of personal pains are brought out by Wheless’s engagement with her subjects, contending with the impacts of her own corporeality. The scale of her figures, either slightly or drastically larger than life, represents a pivot from the artist’s earlier works. The exaggeration of form is an invitation for Wheless and the viewer to explore this somatic drama. Whether composed of found images or deliberately choreographed models, the scenes in Wheless’s paintings are manipulated to produce something which demands a painter’s intervention. Peace and resolve are the factors that instruct her paintings’ completion. This is a specific knowingness, as though something has left her body and been planted onto the canvas.

Wheless moves with an Impressionist sensibility and paints her subjects in keeping with the sentiments of Claire Tabouret and Elizabeth Peyton. While those two have traditionally emphasized the facial features of their subjects, Wheless largely denies her viewers an encounter with physiognomy. Historical portraits of dancers also persist in Wheless’s mindscape as she captures her women in motion. Her own experience as a ballerina is a compelling inspiration, as she was taught a certain awareness of the body that denies pain and encourages a harsh passage through it. In the process of making this body of work, Wheless also experienced the push and pull of movement in space - enacting a balletic performance while maneuvering paint across her surfaces. She plays three roles - director, participant, and viewer - all in service of painterly performance. The choreography of Pina Bausch and the movement of Wheless’s subjects encouraged this concern for the architecture of bodies.

Wheless enters just enough visual material to compose her images. Her brushstrokes are ribbons of color strung together to form the bodies and landscapes of her paintings. Each gesture is vitalized by its contribution to the whole, with waterfalls of color culminating in an elongated fingertip or in cascades of tangled hair. Whether visually or conceptually, play and light undergird Wheless’s painting process. She avoids overt pictorial resolution in service of this levity. By allowing the window to remain open, energetic currents can come and go ad infinitum. Her soft paintings operate in confrontation with the harsh reality of the viewer’s perception. Dusk remains a relentless presence in her compositions as golden hour sunsets breathe life from beyond the figural plane.

Alongside her compositions, Wheless has produced a new video in collaboration with Dylan Brosnan, who produced a score in response to Wheless’s body of paintings. The short film, titled ​​Lyrical Exposure (2022), functions as a moving painting and builds from Wheless’s history as a filmmaker in Los Angeles, with notes of childhood decorating the work’s flow by way of dance. She set Brosnan’s composition to footage she shot with the filmmaker Bella Gadsby. Wheless infused the visuals with her own writing and, finally, combined this palaver with choreography she developed with Portland-based dancer Danica Marsh (which was shot remotely by videographer Corey Rood). The play of light between her dancer’s movements becomes essential to the viewer’s understanding of Wheless’s formal pursuits in the paintings, as she maintains levels of transparency where the underpainting peeks through the layered oils. A warm glow emanates from beyond the subjects. The consistent application of orange beneath her figures harkens back to the artist’s childhood in Northern California where she studied plein air painting with a specific interest in capturing the light at sunset.

While earlier works by Wheless, compact scenes which featured women lounging in fields or floating in pools, have been smaller, these works became a clear entryway for Wheless’s engagement with the female form. The series of paintings in “So does everybody else” represent a dramatic shift in scale, an effort to push the confrontational aspect of interpreting the works. Larger surfaces open up to the fluidity of the paintbrush, extending the brush’s motion into wider planes as the canvas expands its receptacle for Wheless’s energy. The sheer physicality of this scale also encourages her to dance with the canvas, the body activated by movement across the compositions. Her awareness of the limits of oneself become an obstacle and an asset at once.