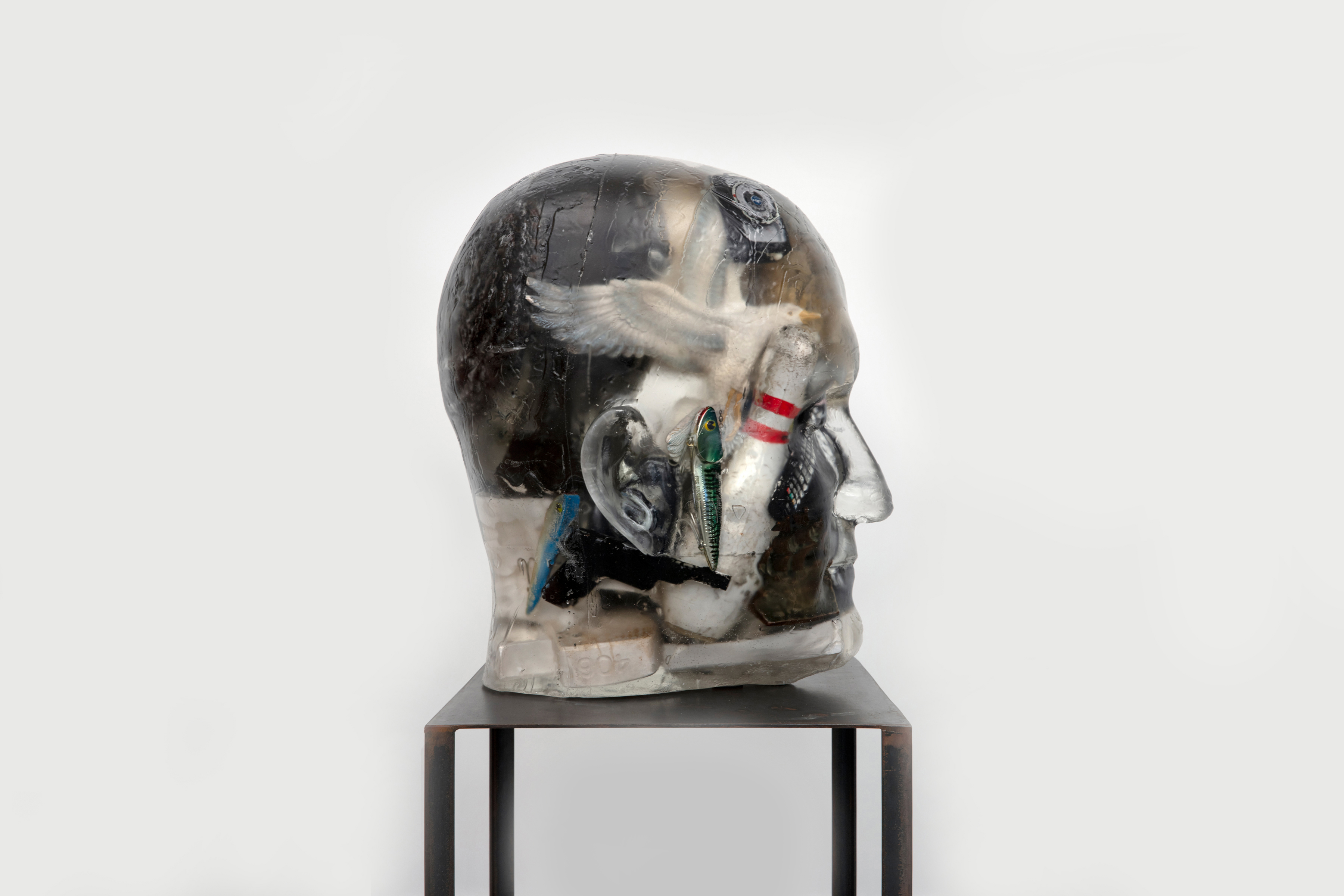 Lowell Ryan Projects ✨
4619 West Washington Blvd. Los Angeles, CA 90016
Nov 19, 5 PM - 8 PM — ends Dec 31, 2022
Lowell Ryan Projects is pleased to present Self Medication a solo exhibition by New York-based artist Richard Dupont. Consisting of works from the artist’s “Heads” series as well as works on paper from his “Biometry” series, this is Dupont’s first solo exhibition in Los Angeles and with the gallery. In the early 2000s Dupont participated in a study where his body was digitally scanned at a military base. He has utilized that information as the foundation for his practice in the years since, producing sculpture, drawing, digital animation, painting, printmaking, and photography. While inescapably self-portraits, Dupont’s practice transcends a personal narrative into an exploration of the social implications of 21st Century digital technologies and their physiological and psychological effects.

Dupont’s “Heads” sculptures are created from a singular blown-up cast of his head. An ongoing series that began in 2010, each cast is filled with various objects—some with the detritus of his studio practice, other works filled with objects that the artist encounters in his life or that simply catch his attention—sealed in place with a UV stable polyurethane resin, ensuring the preservation of their contents. In Placebo Head, 2021 a figurine, a spring clamp, a packet of ginseng, a toy strawberry, and as if winking to the viewer, a copy of The Meaning of History by Erich Kahler are visible amongst other items in a red color scheme. These objects exist in a paradoxical space between methodical choice and random encounter. On one level they function aesthetically in their coloration, but their size and ability to take up space in the cast of the head is also a consideration. Beyond that their seeming randomness reminds the viewer of the human need to understand the world around them, and to create meaning. A questioning of the concept of free will also exists. Can we operate according to our own thoughts, or are we held captive by external forces beyond our ability to control? Are we able to take the red pill, or is the red pill another illusion in the code of the Matrix?

At just over two feet in height, physical perception is challenged by both scale and the refraction of light. As the artist ages, the head remains the same shape while its contents transform. A cognitive dissonance emerges in the works. They become not so much an accurate reflection of the artist himself, but the idea of the artist as a proxy, a visual depiction of a human. The works reflect the dissociation between the idea of one’s self in one’s mind and the physical implications of aging. In the case of Dupont’s “Heads,” the mind continues moving, absorbing information, casting it away, reacting to its surroundings, dreaming, creating, learning—serving as a conduit of the world and a reaction to it—all while the idea of a Richard Dupont remains the same. There is an elegant simplicity to the works in their purity of form, but also an uncanny quality in their realism.
Tweet
Share