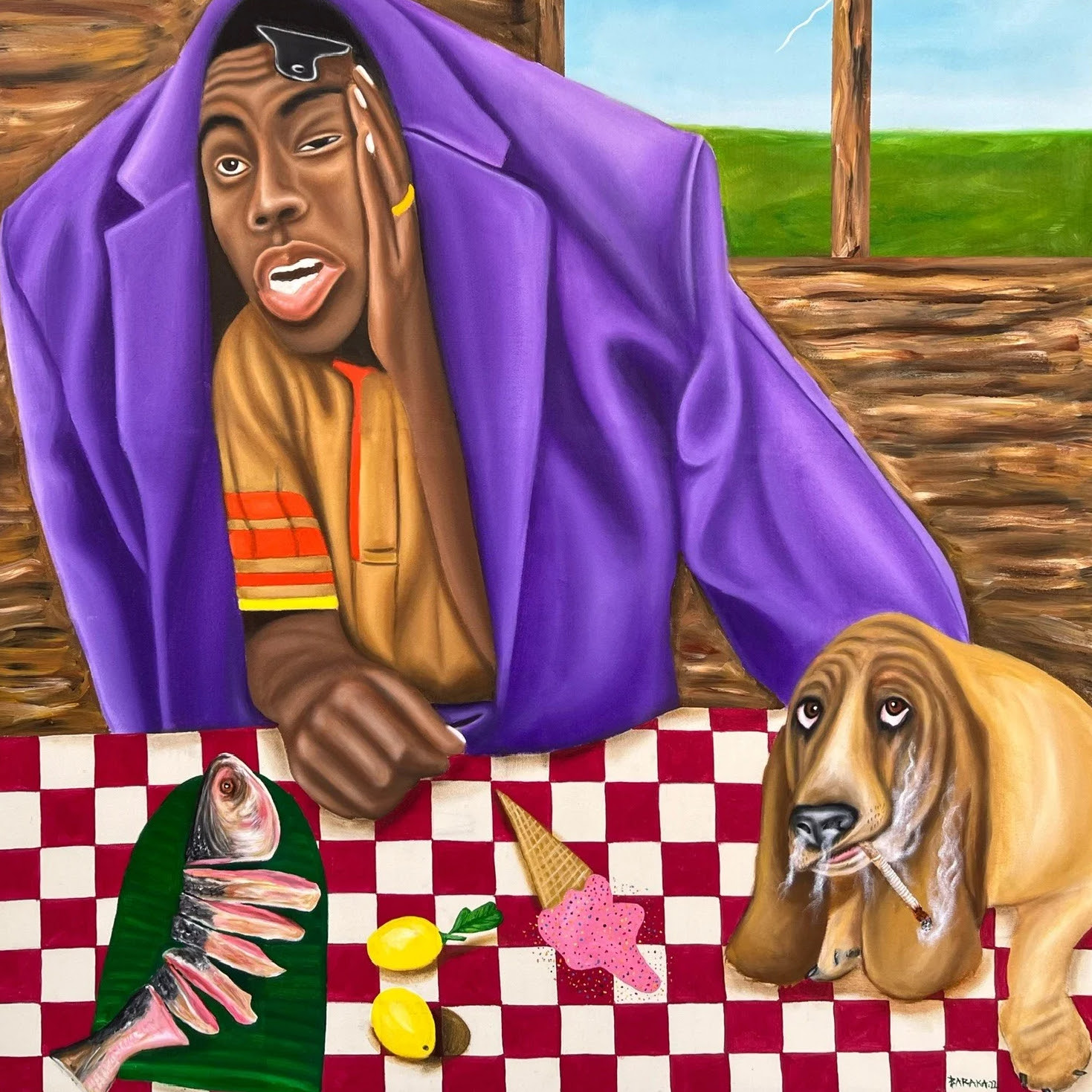 Lorin Gallery (La Brea) ✨
607 N La Brea Ave Los Angeles, CA 90036
Nov 12, 6 PM - 8 PM — ends Dec 03, 2022
Joseph Munyao was born in 1998 and taught himself to draw from a young age. Although he loved drawing, he never considered being an artist as a career option; however, this never stopped him from his passion for creation. He was inspired by cartoons on television, pictures in books, magazines, and advertisements. He wants to celebrate the contemporary Black image and identities in Kenya that shape the society he now lives in. "I want to share this experience with the world over the next year and paint a new type of African art history that will be remembered."

He began to take his talent seriously after people began attempting to purchase work he posted on Facebook. Since then, he has been featured at Art Basel Miami in 2021 and a grand opening group show in Paris with Superzoom gallery the following year in 2022. He joined the Eligere gallery group for an exhibition and KIAF in Seoul Korea that same year, 2022.

At first, he painted only animals, but he soon began to include people alongside them. Munyao sees as much personality in animals as he does in people. Although his art has developed, the majority of the people he chooses to paint are always accompanied by an animal, adding to their personality or acting as a friend or familiar.

Color is a key part of this artist’s practice, although applied instinctively, there is a delicate balance in his vibrant pallet which includes blues, purples, hot pinks, yellows, reds, and yellows. The brightness in these works feels like an explosion but it is meticulously balanced, as is the composition and the humor carried therein. The color in these works creates a mood that Munyao feels, although it can be hard to define is key to his practice.

Munyao’s work is as surreal as it is figurative presenting the physical aspects of his subjects alongside the imagined and perceived reality of their personalities. This can mean a combination of technique, color, pattern, and objects. These varied aspects unify to communicate the essence of the people he has chosen to photograph and then paint, using the many parts captured in a photoshoot and assimilating them into one work.

Drawn to wildness in a person Munyao’s subjects are irreverent and unapologetic, surrounded by ephemera that amplifies their personalities whether that is a handbag, a friendly cat, a smoking dog, evocative text, or a pile of books. The spirit of his subjects is in every part of his paintings as they stare defiantly, sit lost in the music on their headphones, or hang back in a pair of sunglasses. “It's all about a mood, I really capture and communicate a mood. Not one thing, but several things at once.”– Joseph Munyao.

In this exhibition Tale of Leisure Munyao diverges as usual in this current body of works to his imagined surreal worlds where his human characters and animal companions live oblivious to the seemingly crumbling world; happy, wild, crazy, and exciting with the obvious outstanding marks that will not be drowned by the imagination that you could peel too. Munyao believes we make our own realities and

The exhibition will run from November 12th to December 3rd in our LaBrea Gallery. Learn more about the Lorin Gallery www.loringallery.com
Tweet
Share