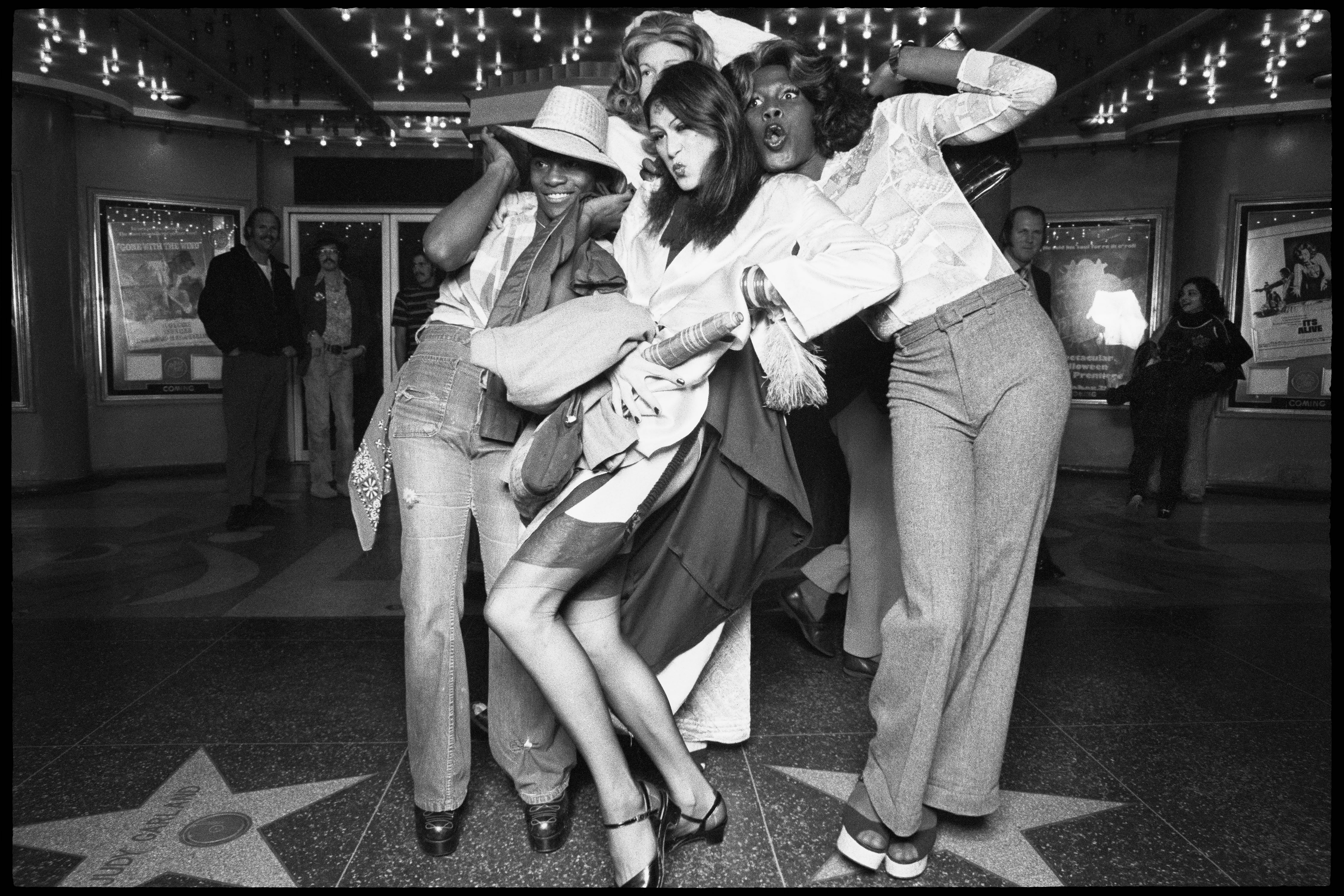 Tufenkian Fine Arts
216 S. Louise St, Glendale, CA 91205
Nov 12, 3 PM - 6 PM — ends Dec 23, 2022
Tufenkian Fine Arts is pleased to present, Star Struck, a solo exhibition of photographs by Los Angeles-based artist Ave Pildas. The exhibition, which coincides with the recent publication of a book of the same title, will be on view from November 12th through December 23rd, 2022 with a book signing by the artist to be held on Saturday, December 3rd from 3:00 to 6:00 PM.

In 1958, the Hollywood Walk of Fame was created as a tribute to artists working in the entertainment industry. The Walk of Fame comprises more than 2,500 five-pointed stars embedded in the sidewalks along fifteen blocks, immortalized with names of entertainers. Attracted to the location soon after he arrived in Los Angeles, Pildas began to document with his camera the characters that strutted down theses blocks: the bit actors, hippies, hookers, and long-time residents of the neighborhood. Pildas remembers that Hollywood Boulevard was “on the turn: a bit derelict but full of life.”

Ave Pildas’ photographs from Hollywood Boulevard in the 1970s turns the everyday sidewalk into a grand stage for his subjects. Pildas made these photographs in one of the most iconic spots in Los Angeles during a time (between 1972 and 1975) when Hollywood had more of a neighborhood feel and a raucous diversity was the norm. In these works, Pildas documents the bit actors, derelicts, hookers, and ordinary passersby that populated the famed boulevard.

The title of the exhibition plays on the notions of fame and stardom so often associated with Hollywood. Pildas captures both the eternal mystique of Hollywood and the ephemeral charm of his unlikely models.
Tweet
Share