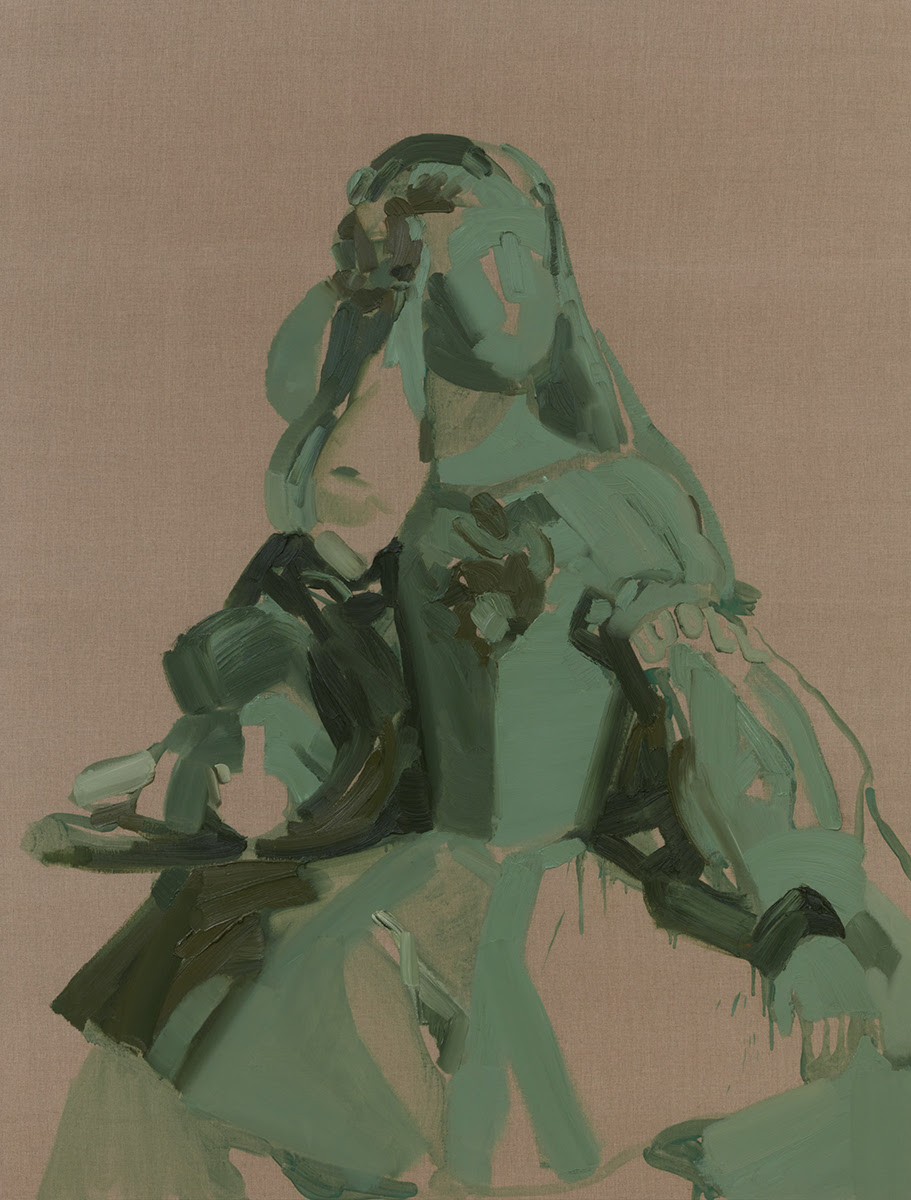 Andy Woll brings renewed meaning to the term artistic practice: he paints the same subjects again and again, one canvas leading into the next. Through sustained repetition, seemingly archetypal figures become enigmatic vessels for experimentation, allowing the artist to move fluidly between abstraction and representation. Grazing horses, Mount Wilson in the San Gabriel Mountains, and Diego Velázquez’s Infanta Margaret Theresa are placed in an ongoing exchange of form, uncovering novel, expressive color relationships in the process.

The exhibition derives its title from Green Earth, an oil paint pigment with origins in Classical antiquity that became a prominent color for underpainting during the Renaissance. With a matte, clay-like finish, Green Earth acts a material anchor for the works on view, present in every painting though not always discernible. Both figure and pigment possess an art historical significance that has evolved with time and continual depiction. Reference and categorization similarly collapse across Woll’s newest body of work: the silhouette of Infanta Margaret Theresa—the iconic princess in Diego Velázquez’s Baroque masterwork Las Meninas (1656)—appears in the form of Mount Wilson. Rendered in thick, gestural strokes, the figure surfaces and recedes from a mountainside or craggy edge, natural shapes melding with those of the body and the folds of her clothing.

A dedicated equestrian and outdoorsman, Woll finds that his daily return to horses and the natural world resonates with his approach to painting. Though the action may remain the same—feeding, mixing paint, grooming, the alla prima final pass—outcomes can never be foreseen in full accuracy or confidence. Within fundamental unpredictability lies the wonder of Green Earth, as viewers traverse from painting to painting, following Woll into the next horizon.