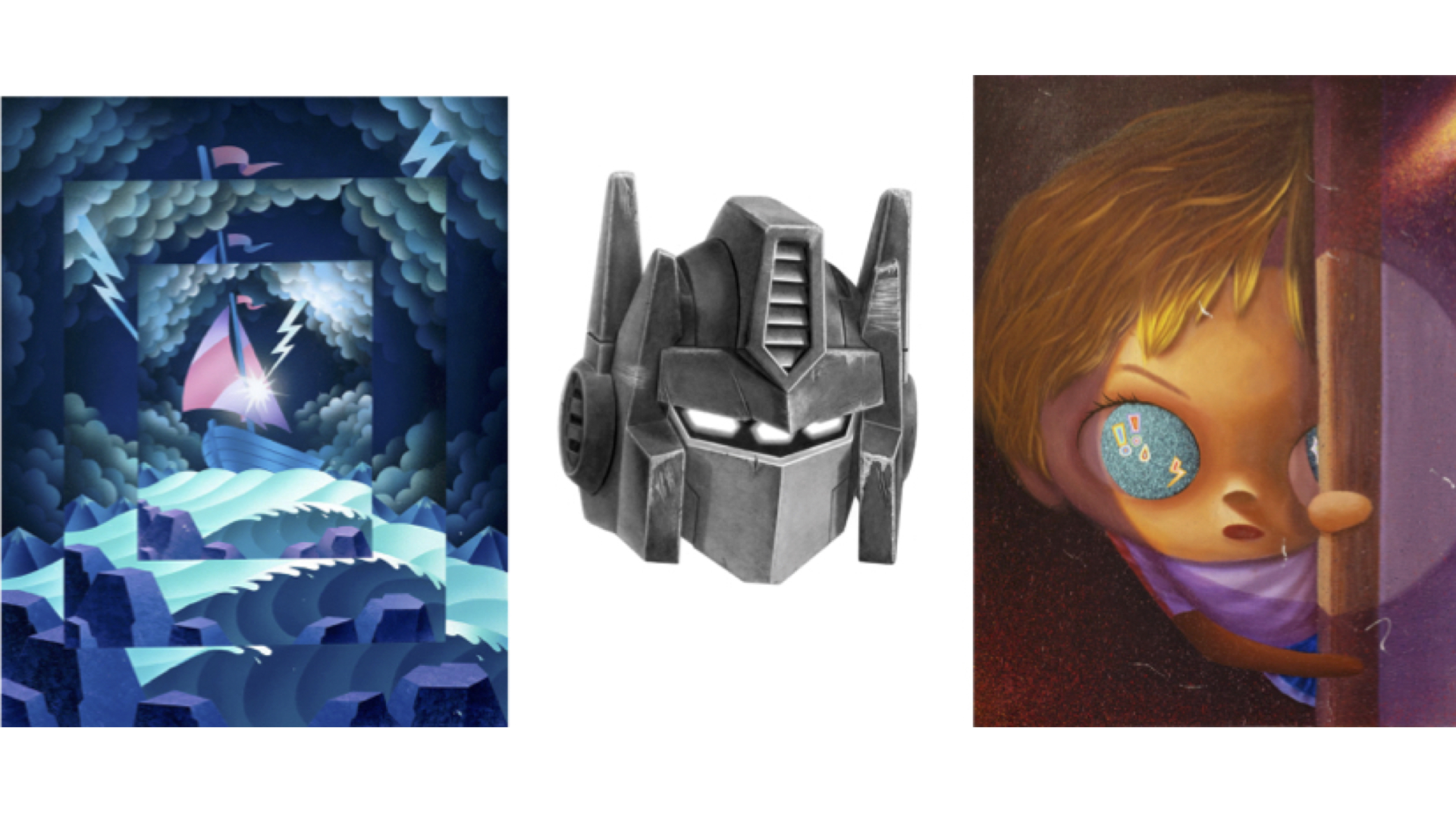 Thinkspace Projects is thrilled to kick off the new year with an exciting lineup of New Contemporary Art shows and a fun-filled opening night to celebrate! Featuring DJs, an open bar, a mini artist mart, live painting, amazing food, and more, the gallery is excited to celebrate the start of the new year.

In Gallery I, visual artist RYOL’s (aka RYO LAKSAMANA) new body of work, Caught in the Art, fills the space with paintings that showcase how light is the most fundamental element in the visual arts, with the potential to make work become more dramatic with the use of light. 'Caught In The Art’ is a play on the phrase "caught in the act," as the objects in the painting appear to be cornered by the light.

In Gallery II, Japanese drawing monster Shinnosuke Hariya presents ‘Power Up,’ a new series of 14 graphite works on an illustration board. This show is the artist’s debut North American solo exhibition. With the ‘Power Up’ series, he has chosen to highlight his favorite robots from the movies and television. From C3PO to Robocop to Astroboy, many childhood memories will be evoked with this show. Shinnosuke playfully reinterprets 2D cartoon iconography with a sense of three-dimensional realism.

Gallery III holds Anywhere & Here, a series of paintings that depict a shifting cast of protagonists from Detroit based artist Michael Polakowski. Each character is shown grappling with the reality of the here and now, while dreaming of the potential of anywhere. “Anywhere and Here” is a reference to our own sense of presence. It acts as a response to the question asked by each painting in this series “where can we find clarity in our day to day lives?”

Gallery IV features Allergic Party, showcasing 30 incredible new ceramic works from Spanish artist Abi Castillo in her debut North American solo exhibition. Following her introduction in Thinkspace’s ‘Growth’ group show in July of 2022, the gallery is thrilled to welcome Abi back and provide her the platform for her first solo showing in America. Each of the pieces or illustrations preserves the essence of her own self-portrait, in which she chooses to represent herself as a sweet, animated natural being, surrounded by elements that wrap themselves around out of protection.

These shows open January 7, 2023 with a reception from 6PM to 10PM. They will remain on view until January 28, 2023 at Thinkspace Projects.
Tweet
Share